The Show must go on! The Gala opening of the Greek Theatre 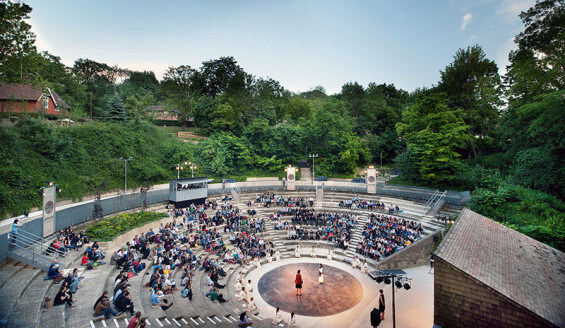 The show must go on . . . whatever the weather. And so it did for the re-opening of the iconic Greek Theatre.

An audience that included Lord Owen (A 52-56) and Richard Adams (H 33-38) braved the cold to enjoy gala performances by a mixture of current and past pupils, including Downton Abbey’s Andrew Alexander (H 95-00), jazz guitar maestro John Etheridge (C 61-65) and VOCES8.

The real star was the theatre itself, that will be back in action with a production of Antigone in the last week of June.