Meet the football coaching team and find out how we are producing better coaches through the Bradfield Certificate in Coaching Football. 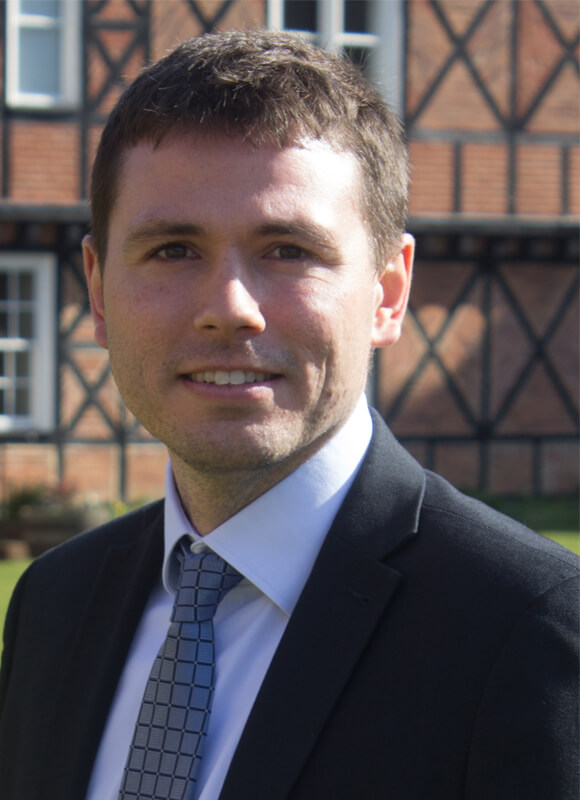 Luke is the Director of Football at the College. After a three year professional playing career at Arsenal, Coventry City and Hereford United, Luke sadly had to retire due to injury. He continued with his passion for education and psychology and completed a BSc Hons Sports Science and Psychology degree at the University of Roehampton while working part time with Bradfield as a coach.

Luke became a full time member of the teaching staff at Bradfield in 2012, teaching A Level Business Studies as well as becoming the Director of Football. Luke achieved his UEFA A Licence in 2014 and has since moulded his philosophy through extensive evaluation, becoming one of the most innovative and exciting young coaches in football. As an academic himself, his passion is firmly embedded in the equal combination of academic, social and sporting excellence, which is shown in the delivery and high level achievements of the Football Programme. 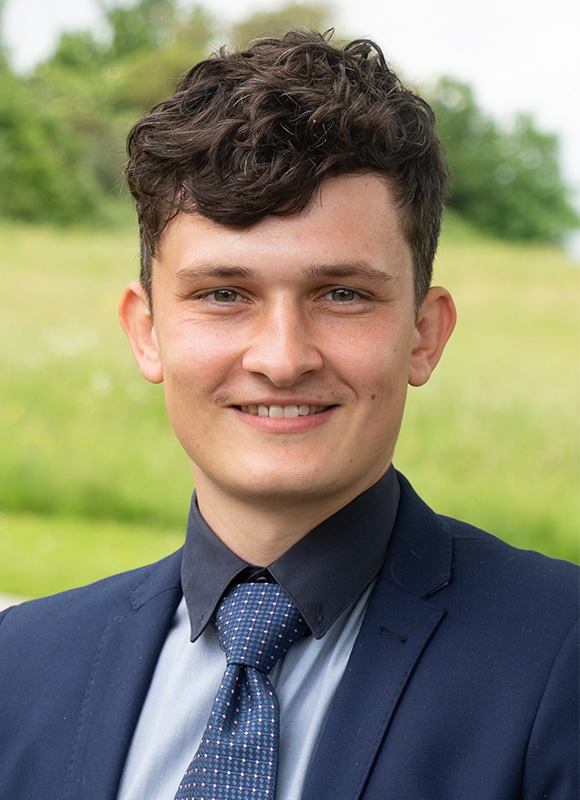 Kieran is the Head of Junior Football and Football Development Officer at the College. Kieran completed his BSc Sports Coaching and Science degree at Oxford Brookes University and launched into a career surrounding his passion of football and performance, joining Bradfield in 2019, just four years after leaving as a pupil.

As a pupil, Kieran experienced the early years of what the football programme has become today, where both enjoyment and performance had reached its highest level for him. The environment he experienced then is a major reason why he has returned. Kieran played within one of the best possession teams the College has had, competing in Boodles ISFA Cup finals, a ESFA Cup semi-final, ISFA League finals and ISFA Sixes finals during his time at Bradfield. Alongside Bradfield, Kieran’s footballing endeavours include playing for academy’s such as Southampton, Reading, Portsmouth, Aldershot among others.

Although Kieran no longer pursues playing football at the highest level, his passion has moved towards coaching. Building relationships with the pupils and watching them progress through the teams and move on beyond Bradfield to chase their dreams has been very rewarding for him. He is excited to pursue his coaching badges alongside his work at the College and gain further experience in coaching, where he looks to progress as far as he can. 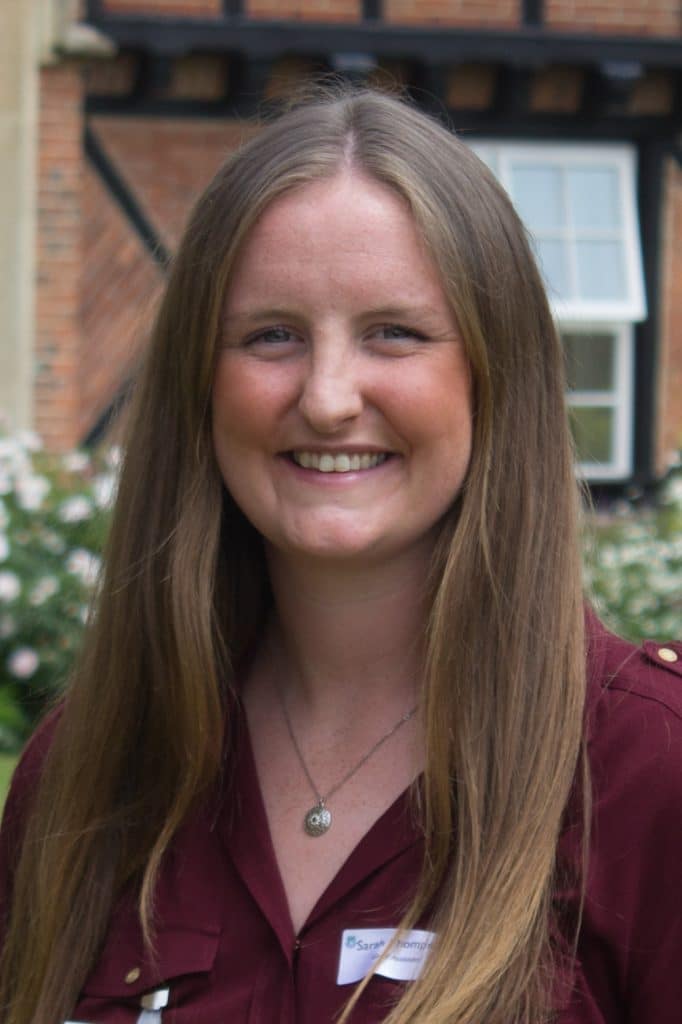 Having played football for over 15 years Sarah has experience both as a player, for Reading Women, and as a coach, as Head of Girls football at Bradfield. Sarah is a PE and Wellbeing teacher, integrating the connection between both physical and mental health. Sarah also spends time in our Strength and Conditioning Department, developing specific training programmes for our athletes.

Sarah is an advocate for using sport as a vehicle to develop key values amongst our young people, such as confidence, curiosity and grit. Sarah read Sports Science at the University of Edinburgh where she was also elected President of the Women’s Football Club and she strives to encourage more women to get involved in football.

Having Captained the Under 18 ISFA National team whilst a pupil here at Bradfield, she has valuable experience to share with our current pupils throughout their unique journey in football. Sarah is now a part of the coaching staff at ISFA, helping to develop the National girls programme.

Sarah now plays for Maidenhead United Women in the FA National League and in 2019 she helped establish Reading Royals women’s fustal team which is the first women’s team in Berkshire. 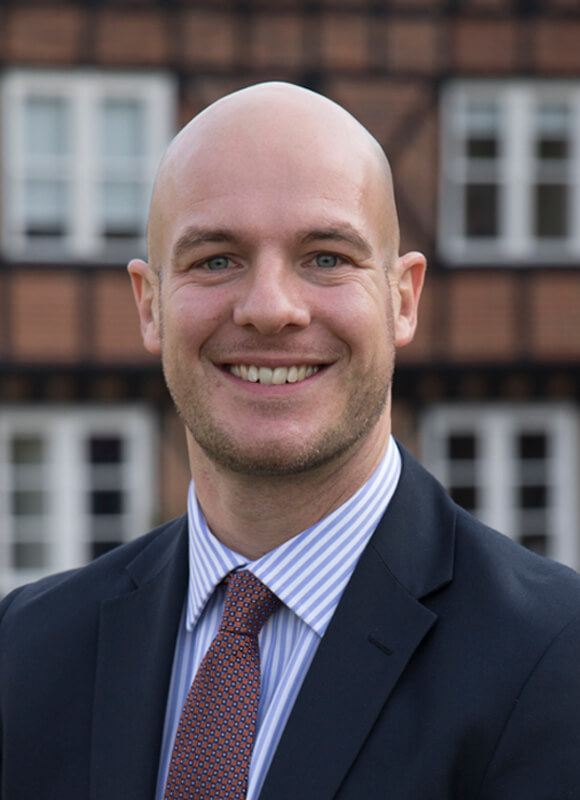 Richard is Housemaster of House-on-the-Hill (D) and a Physical Education teacher at Bradfield and has also coached Futsal, Cricket and Netball during his time at the College. He read Sports Science at the University of Brighton where he also completed his PGCE. Richard joined the College in 2011 having previously taught at Slough Grammar School where he held the positions of Head of Year and Head of PE. As well as achieving academically, as a youngster Richard signed schoolboy terms at Brentford FC and represented Berkshire County Cricket club.

Richard has coached the Under 14A team since his arrival in 2011 and is passionate about the development of the junior players, preparing them physically, technically and psychologically for their football journey whilst at the College and beyond. 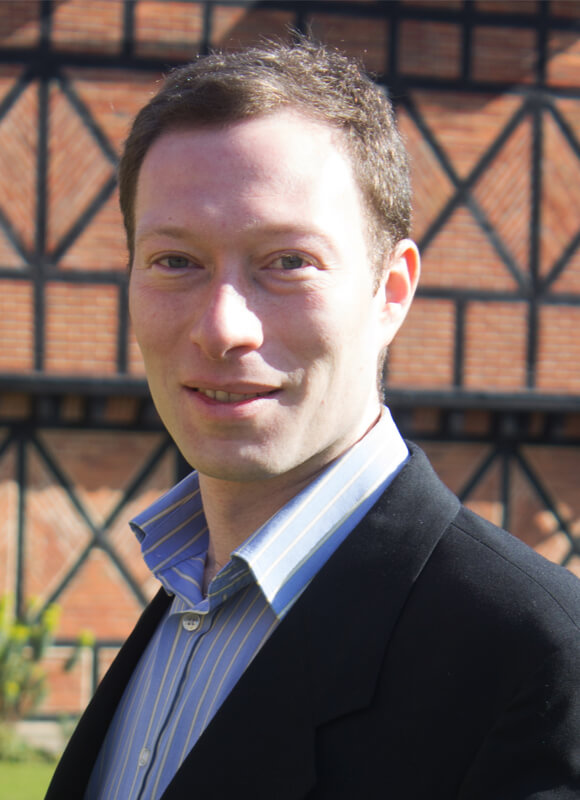 Trevor is the Director of IT at the College but also has a football and sports psychology background. He has followed his passion back into the game, joining the coaching staff in 2017 with a particular focus on mental-fitness and adaptive intelligence.

During his late 20’s, he gained a diploma in hypnotherapy and maintains a strong interest in mindfulness coupled with computer-aided brain training. Trevor’s aspiration is to bring about whole-team “flow state”, which allows athletes to tap into subtle but highly focused states of consciousness and collective cognisance. 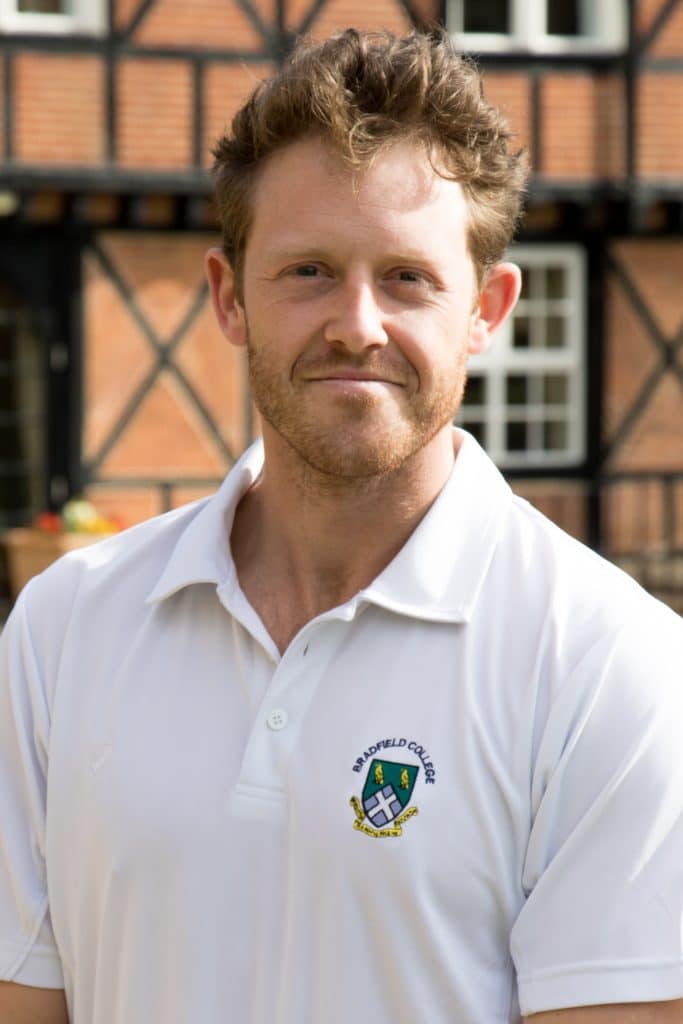 Charlie is Head of Athletic Development at Bradfield and also co-ordinates the College’s Sport Scholars Programme. He completed his Sport Science degree at Oxford Brookes University and is currently studying an MSc in Strength and Conditioning at St Mary’s University with a keen interest in long-term youth athletic development and skill acquisition. He also coaches cricket and hockey to 1st team level here at Bradfield. Charlie is a keen sportsman, having previously played First Class cricket and now playing National League hockey for Reading HC.

Charlie enjoys all elements of Bradfield life but is most passionate about the process of identifying, developing and realising the sporting potential of young athletes. 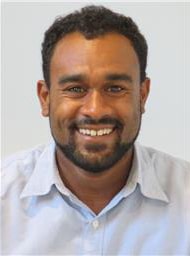 Shelvin is a Computer Science teacher and also teaches Wellbeing. He completed a BSc in Computer Science at Loughborough University and, having attended Bradfield as a pupil, returned as a member of staff in September 2015. As well as coaching the U16A team and supporting junior development, Shelvin coaches hockey and cricket; he represented the latter at Loughborough University to MCCU level. As a Bradfield pupil, Shelvin Captained the College 2ndXI football team as well as playing in the 1stXI cricket side during his two years in the Sixth Form.

Shelvin is rounded in his approach to school life and looks to draw on his experiences, especially in the sporting arena, to progress as an educator and likewise in the classroom to help pupils develop out on the sports pitches. When time allows, Shelvin enjoys turning out for the Old Bradfieldians in the Arthurian League and Arthur Dunne Cup and looks forward to the annual OB vs 1stXI Boys football match in March. 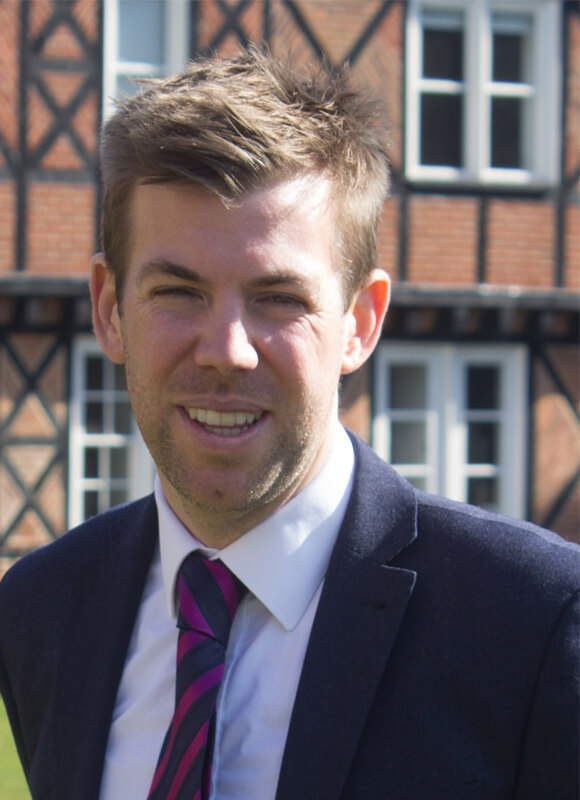 Jonathan is a History teacher and Assistant Housemaster at Bradfield and has also coached football, hockey and cricket. He read History at the University of Southampton and completed his PGCE at the University of the West of England, Bristol. Jonathan joined the College in 2014 having previously taught at Watford Grammar School for Boys and Aldenham School. At both of these schools he has been Director of Cricket and coached football, rugby and hockey.

Jonathan is passionate about teaching, coaching and sport and worked as Assistant Coach for the First team between 2014-2017. From 2018, he will be the Lead Coach for the U15A team as well as overseeing the development of the Junior Elite Programme. 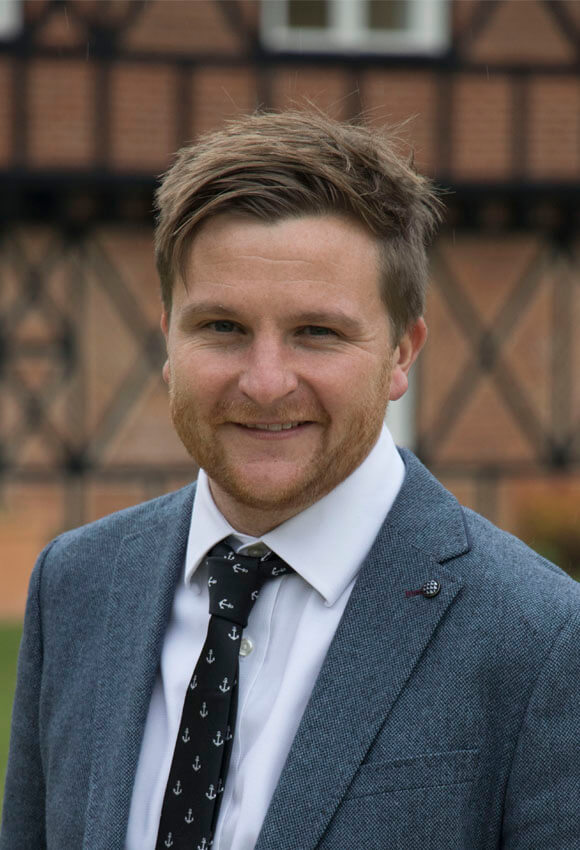 Chris is currently the Head of History and has been Housemaster of Hillside since September 2019. He has also coached Football, Cricket and runs the College’s Cross Country programme – most significantly launching the whole school inter-house ‘steeplechase’ event. Chris also initiated the World Challenge expeditions at Bradfield, taking pupils on long-haul trips to Central America and Southern Africa.

Chris is passionate about his subject. He read History at the University of Kent and completed his PGCE at Roehampton University. Chris joined the College in 2012 having previously taught at Churcher’s College where he was a History teacher, Assistant Housemaster as well as a Cricket and Rugby coach. It was also here where Chris led a series of overseas trips, the last a 6-week trip to Nepal and India.

Chris has been hugely involved in the college’s Football Programme having coached the under 15A team between 2013 and 2017 and in 2018 became the Assistant Coach for the 1st XI. 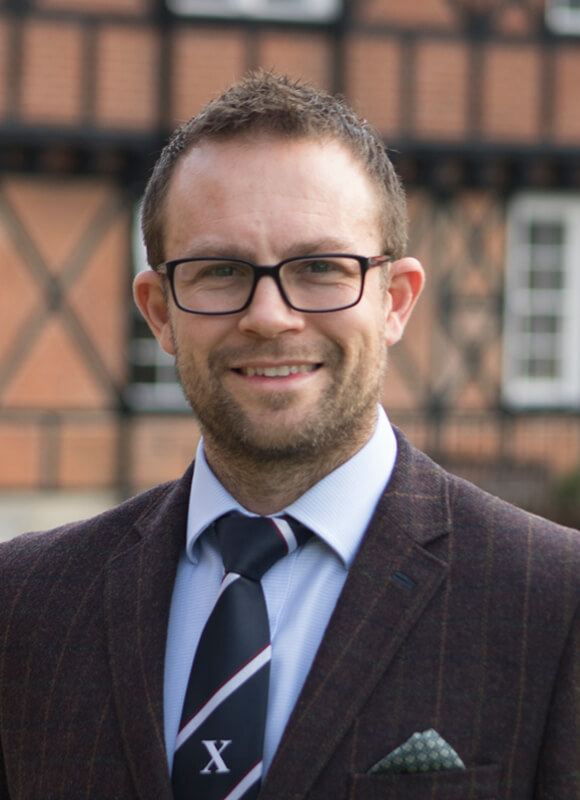 James is an Economics teacher and Assistant Housemaster at Bradfield. He completed a BA in Coach Education and Sports Development at the University of Bath graduating with First Class Honours and, having attended Bradfield as a pupil, returned as a member of staff in September 2014. As well as coaching the U16A team and supporting the 1st XI pre-season tours, James coaches a variety of sports including Hockey, Cricket and Netball. As a Bradfield pupil, James also represented and captained the U18 ISFA national team.

Alex is currently the Lead Futsal Coach at the College, starting in January 2019. Alex was educated at Brunel University where he studied Secondary Education and Physical Education (BSc). Whilst he has always been passionate about football, amongst other sports, it was at Brunel where he found his love for futsal.

After a year of playing futsal at university, Alex was signed by West London Futsal Club in the FA National League where he played for several years. He twice represented Britain at the University European Games and, in his final year at Brunel, helped the team win the National University Futsal Title. From this, Alex was called up to the England U23 squad, later moving into the England first team.

Whilst Alex no longer plays high level futsal, his enthusiasm still lies in the sport. He believes that futsal is a fantastic game on its own but is also a brilliant development tool for any footballer.

Coach education is paramount to allow the best delivery for all pupils no matter what age or level they are playing. As a result we have developed our own ‘Bradfield Certificate in Coaching Football’ that is delivered to our coaches through both contact days and CPG (Continuous Professional Growth) support each year.

We have created our own bespoke football syllabus that is embedded in our nine fundamentals of football. It teaches the fundamentals through the Junior year groups and adds ‘solutions a player looks to find’ and ‘positional responsibilities’ once players become more cognitively mature. Our performance psychology syllabus built on the core values of courage and excellence is taught and lived daily in our delivery throughout our age groups.

Our syllabi have been devised, implemented and improved year on year by the players and coaches.

Our coaching mission statement is: “All players, pupils and persons will be visible to the coach in the implementation of self-improvement within the football club.”