When we analyse an 11 a side match performance, more often than not the main failings are in the form of basic technical errors; links in the chain that break causing the interruption of attacking moves or exposing too much space in defensive coordination.

Futsal provides repetition at a rate that football could only dream of, the most important aspects of the sport, such as receiving techniques, weight transfer in relation to off and on the ball movement, 1v1 defending, when to press and when to block, understanding of space and an ability to share the ball simply and quickly.

Added to this the expression and creativity it allows for is so key to use in a sport such as football that often denies its players the opportunities to make mistakes.

We stumbled across the sport as we experimented with the best way to provide football related activities for our Junior Elite footballers in the Lent Term.

We tried a Futsal programme as the games would be guaranteed whatever the weather, as they are played indoors. We had our first full Futsal season in the Lent Term of 2019 and wow did it blow us away!

At first the players looked like Football players trying to play Futsal; they hadn’t appreciated how totally different the game understanding and technical detail was. But as we introduced Alex Sykes (ex-England Futsal international) to our coaching team and he began to teach them how to play properly, the technical and tactical level they were able to reach was mesmerising.

Added to this, the joy they gained from playing the game, the amount of action they were involved with in each training session or match and the amount of experimentation they could attempt, took their problem-solving ability to a higher level.

We were then fascinated to see whether this would translate into their football, in let’s just say the players we have at Bradfield in the Junior school are the most exciting young footballers I’ve ever seen in Independent schools football. From my observations, I don’t believe a Futsal player would ever play Football to improve their Futsal but a Football player should definitely play Futsal to improve their Football. 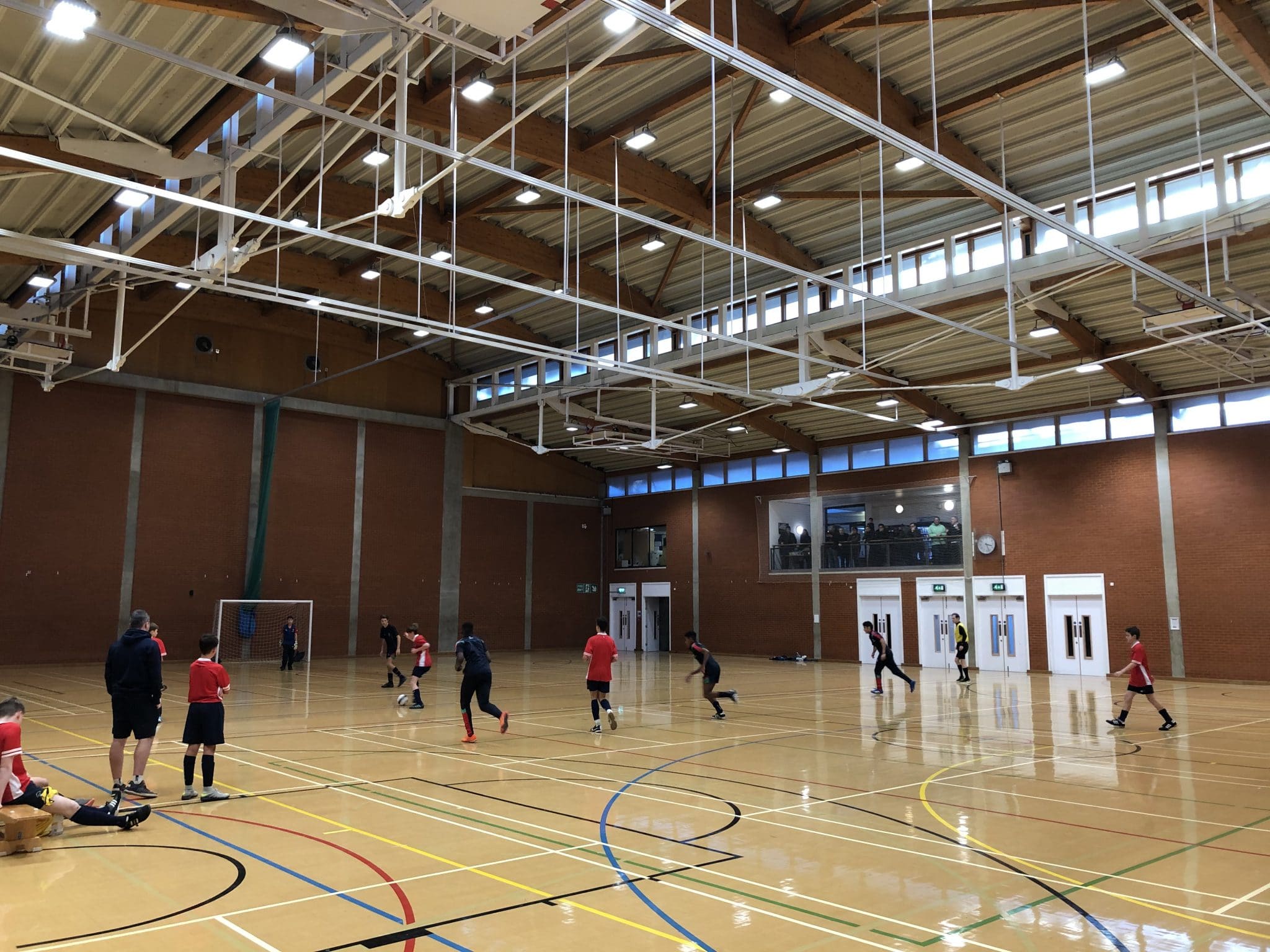 Many football coaches and teachers often cite the reduced access to street football in the UK for our passionate young footballers as a reason why certain technical traits and a motivation to practise are often missing in young footballers of this generation.

What I have found fascinating in my research is that Brazil developed their street football into an official game that could be played in a safe and controlled environment – Futbol de Saloa, that later became Futsal under UEFA.

In the UK we did not develop our beloved street football.

Unfortunately, in the UK we did not develop our beloved street football and then external factors such as growing populations, health and safety and regulations made it harder for our children to enjoy a more expressive and independent game.

Futsal is the answer, but we do not have as many young people playing Futsal at this moment in time as we are still to see the awe-inspiring merits it gives to our sporting population. Currently, facilities are minimal and belief in the game is low. At Bradfield we have seen it and completely believe in it.

Futsal has now also opened up more pathways for our players at Bradfield. There has been interest and opportunities from national teams and some may even see Futsal as offering them more enjoyment in their life of sport after Bradfield as universities in the UK are at the forefront of professional adult Futsal. 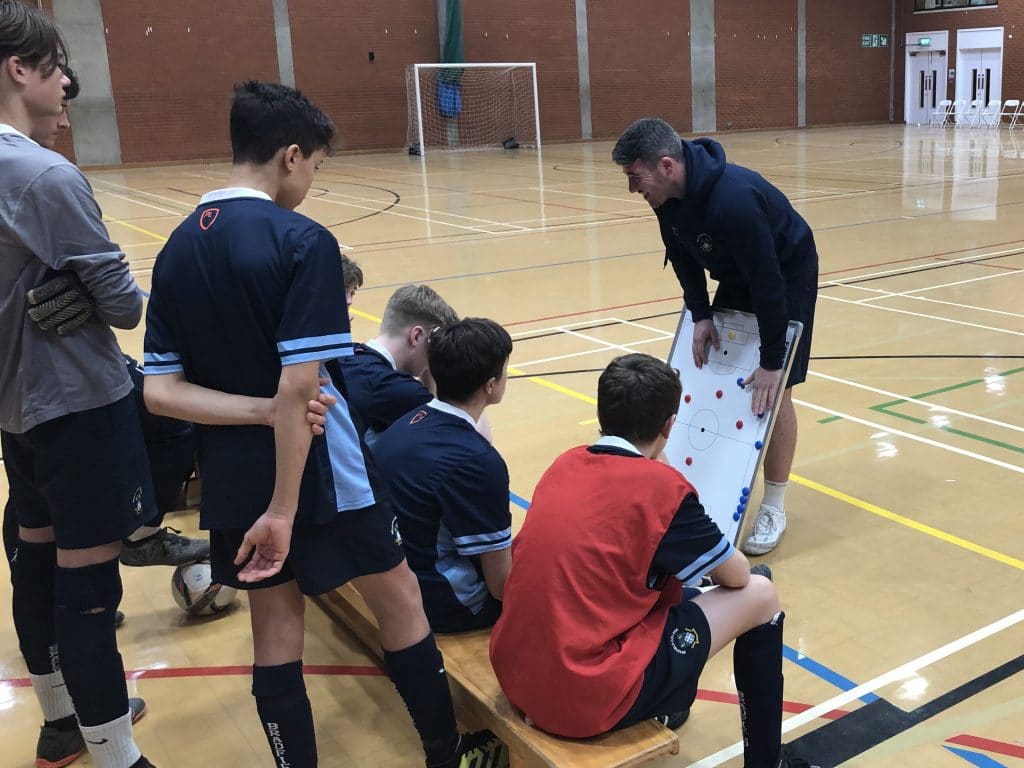 The criticism of the football programme at Bradfield is often surrounding specialisation too young and professionalisation of school sport. Those who have been a part of the programme know that the variety offered in the programme is more than most schools offer in their whole year co-curriculum.

We are also extremely passionate at Bradfield to ensure our pupils are able to enjoy sport their whole lives by being healthy in their bodies for as long as possible. Unfortunately, due to the separation of club sport and school sport in the UK, young people are asked to participate in too much sport.

Although they feel unbreakable at the time, they often feel the consequences in adult life and often have to give up playing sports regularly due to injury. With the knowledge of load, it is our responsibility as educators and coaches to plan pupils’ sporting commitments, even when they are desperate to play more.

Even if we played two terms of football in the junior school at Bradfield, in order to improve their football and guard against unnecessary load, I would still encourage our elite players to play Futsal in the Lent term instead of football.

This is why Bradfield elite football players see Bradfield as their football club and another reason why we have introduced Futsal. In Futsal the contact time is more productive therefore less of it is needed to gain the improvement benefits and the surface and footwear are easier on the joints.

Even if we played two terms of football in the junior school at Bradfield, in order to improve and guard against unnecessary load, I would still encourage our elite players to play Futsal in the Lent Term instead of football.

We will continue to develop our Futsal programme in the Lent Term for our junior pupils (U14 and U15) by continuing to build the circuit of schools and clubs that we play and by increasing the time they can commit to the sport. 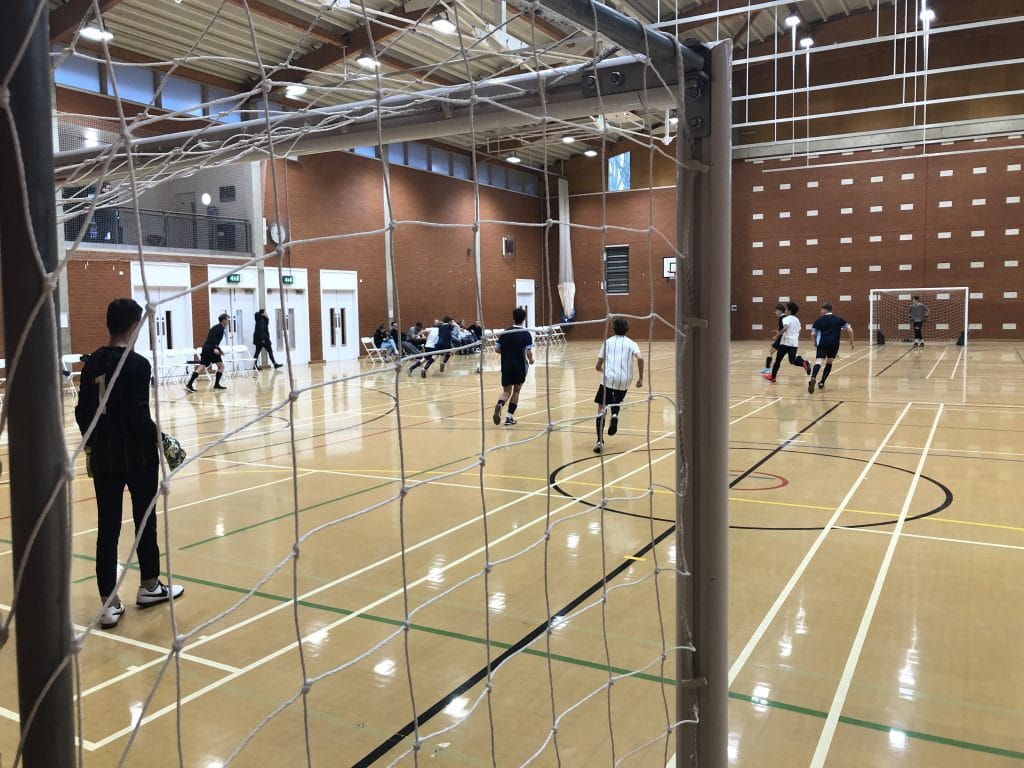 We are also introducing Futsal for our Senior Elite players (U16, U17 and U18) in the Summer Term so they can continue the improvement benefits for their football and also continue to play the sport throughout the school if it becomes their passion. We will continue to strengthen our relationship with Reading Royals Futsal club as we move towards Bradfield becoming the hub of Futsal in the South.

There is also scope to introduce the sport into the inter house games programme so that all participants in the Bradfield football club can experience the joy of Futsal!