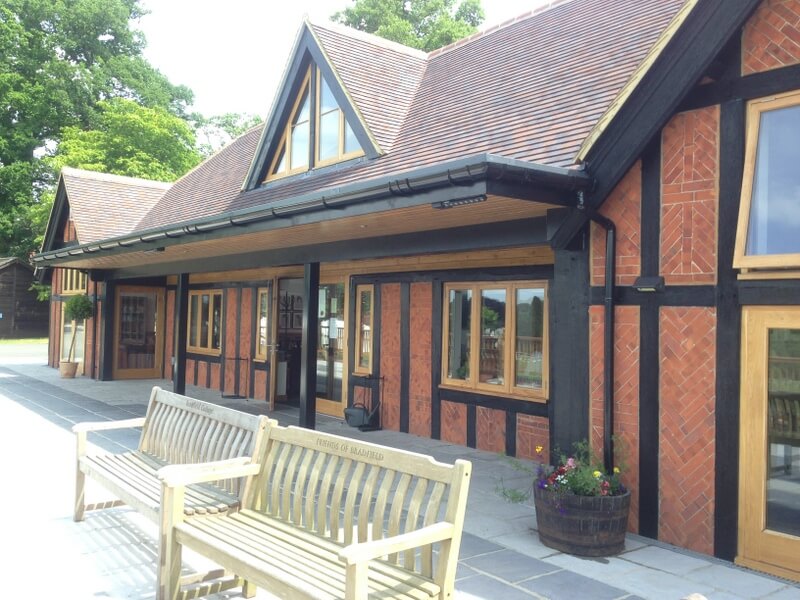 The newest addition to the Bradfield Estate ‘The Stunt Pavilion’ has officially opened its doors. Named after its major benefactor, OB James Stunt (E 95-97), the newly restored building has formerly been known as Grubs, Blundell’s and The Major Pavilion.

The restoration project began over a year ago with the vision of creating a space for the whole Bradfield community to come together. Owing much to the generosity of lead donor James Stunt, without whom this project would not have been possible, ‘Stunt Pavilion’ houses a coffee shop, a relaxing social space for pupils and provides picturesque views from the veranda overlooking Major and Max playing fields.

During a welcoming video message James Stunt outlined his reason for funding the project. “I didn’t just see Blundell’s as a dilapidated building, I saw it as a building with no spirit. I hope that everyone will benefit from The Stunt Pavilion, I look forward to meeting all of you and I plan to do a lot more for the school.”

This building is going to make a fundamental difference to the experience of huge numbers of Bradfield pupils.

Reminiscing about his time at Bradfield, James spoke of his affinity for the College and his former Housemaster Stuart Williams, Bradfield’s current Child Protection Officer, referring to him as “the greatest man I know” before saying, “Without him, I certainly would not have succeeded as much as I have.”

Stuart Williams reciprocated the sentiment with some kind words about his former pupil. “James was a bundle of energy and extremely good fun. Sometimes I had to persuade him not to be, which led to a few encounters.” Headmaster Simon Henderson shared his excitement about the buildings prospects. “I’m sure over the coming years this building is going to make a fundamental difference to the experiences of huge numbers of Bradfield pupils and all of those involved in the Bradfield community.”

It is a great space that has an open, relaxed atmosphere that means pupils can meet with each other in a relaxed fashion.

The opening has created a buzz among the pupils, which Head Girl Victoria Leijten (K) attributes to the previous lack of a College social hub. “Bradfield is thriving and we need more spaces that reflect our attitude. We need a place to socialise, revitalise, and confide in that pupils can call their own.”

Head Boy Freddie Parsons (H) feels the pupils now have that space. “It is a great space that has an open, relaxed atmosphere that means pupils can meet with each other in a relaxed fashion. It is exactly what Bradfield has needed and everyone is very happy and excited.”

Victoria agreed, “It’s a place that we can call our own and can come to simply to escape a rainy day or chat to friends. It’s ideal for allowing the year groups to interact without the hassle of having to go to a house.”

The pair were quick to recognise the generosity of major benefactor Mr Stunt stating, “On behalf of the entire pupil body of Bradfield, and even future pupils, who will reap the benefits of the pavilion, we give huge thanks to Mr Stunt.

We hope his generosity will inspire other OBs and current pupils to embrace every opportunity.”

Stunt Pavilion One Year On…