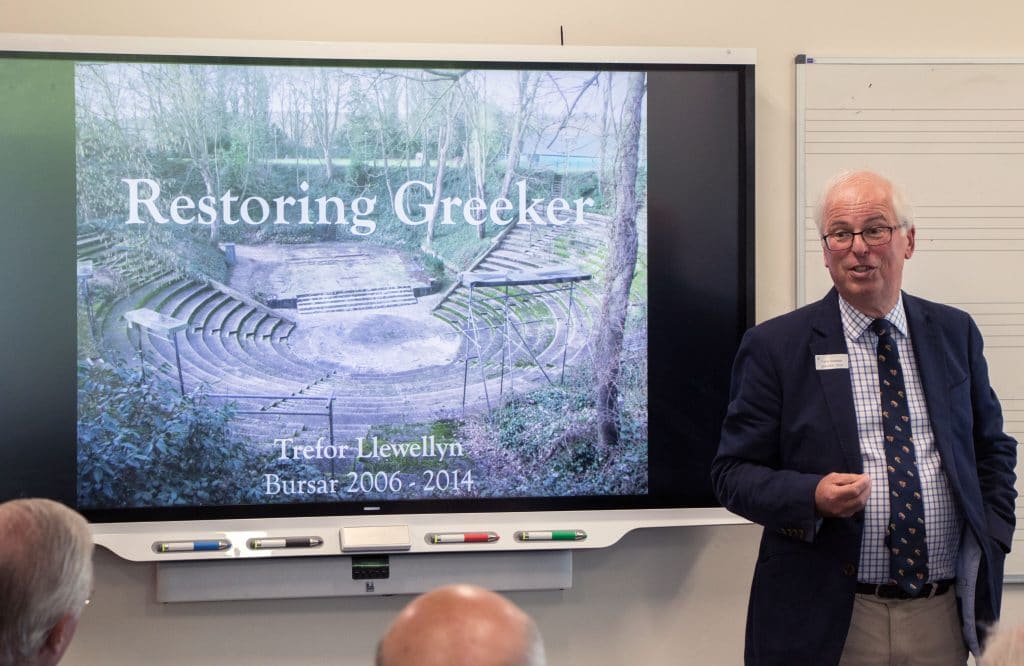 It was in a terrible state. Nothing fundamentally had been done to the structure since it was built. The aesthetics had been enhanced and cleaned so it looked presentable for annual plays and Commemoration, but structurally it had deteriorated.

The College’s priority at that time lay in funding projects essential to the growth of the academic and pastoral offering including renovation of the Science, Languages and History Departments, extension boarding houses and increasing the capacity of Faulkner’s.

“The College did not/does not have significant endowment and it was therefore imperative to fundraise for projects, like the renovation of the Greek Theatre, which enriched the lives of the pupils beyond their academic education. The fundraising was managed by The Development Office, in coordination with The Bradfield Foundation and without their support we would not have been able to do a number of these projects and some would have taken many more years to materialise.” 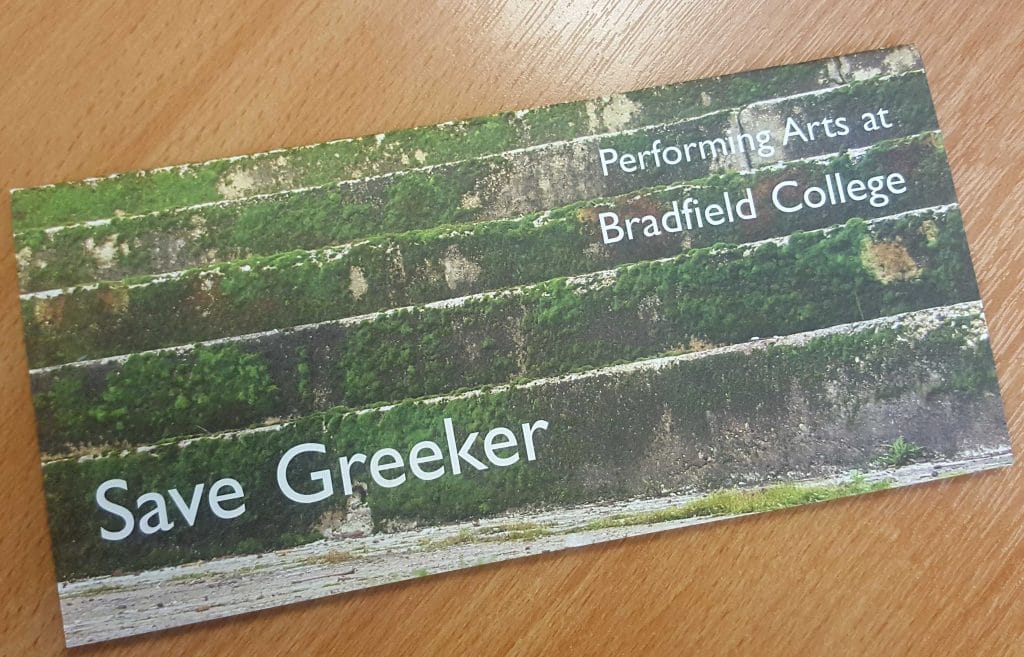 The ‘Save Greeker’ appeal succeeded in attracting 600 pledges, achieving the £1.3 million target set by Council prior to agreeing to commissioning the Greeker restoration project. The funds raised largely came from Old Bradfieldians,

“The pledges were made by OBs who remembered their time in Greeker, thought it was an important part of their education and wanted to make sure it was not lost for future generations of Bradfield pupils.”

“I worked with some incredibly conscientious and good sets of governors, a succession of outstanding Headmasters and staff, both teaching and support, who really cared about what they were doing.

Bradfield has transformed itself into a leading coeducational boarding school and I want that to continue. A small way to achieve that it to leave my own legacy to ensure success for future generations.

The 1850 Society was established to provide a focus for those who, through, their kindness and generosity, have chosen to remember Bradfield College in their Will. Importantly, it also allows the College to recognise that and say thank you. Trefor is in no doubt that legacies contribute to ensuring the longevity of a thriving school.

“If you have enjoyed and benefited from your time here as I have. If you have seen the College going from strength the strength as a result of previous fundraising. If you want to see Bradfield continue to be a preeminent coeducational boarding school, then one of the ways to do it is through a legacy which will be well used in the future.”

More News
Recital to celebrate the restoration of the Chapel Organ
1850 Club Appeal Annual Review – We’re off to a great start
Greeker Saved: A Fundraising Legacy