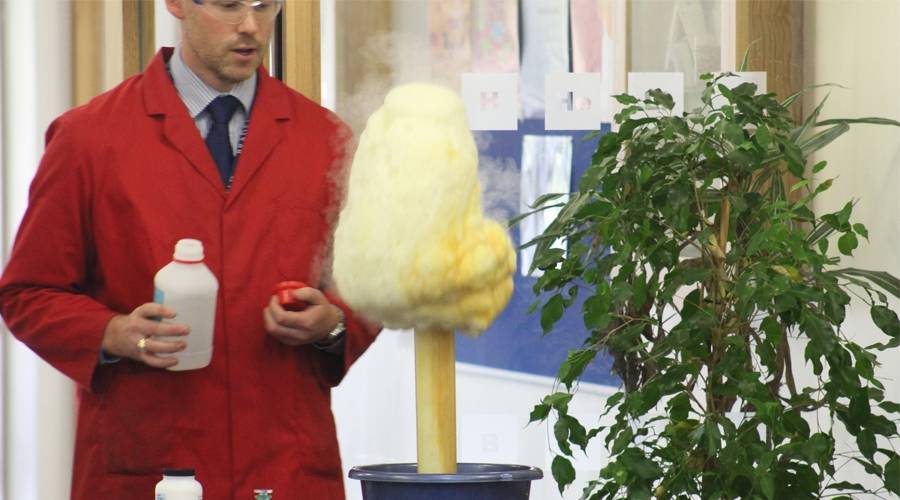 On Tuesday (4 October), pupils from Yateley Manor School were named as winners of this year’s Prep Schools Science Challenge.

Pupils from 27 schools across the south of England competed in three tasks, one in biology, one in physics, and one in chemistry. The biology test looked at what conditions maggots prefer. In the physics challenge, the pupils were tasked with trying to create a loudspeaker, while the chemistry task saw pupils trying to identify different liquids by examining their reactions to a number of substances.

Once the tasks were over, pupils and parents were invited to watch Dr Brooks, Head of the Science faculty show off his chemistry skills. The crowd were amazed as he mixed a number of chemicals together to great effect. A highlight was the dragon’s toothpaste that erupted like a volcano and had the audience in awe.

It was an explosive end to the day as Dr Brooks set off two nitrogen bombs in the quad to rapturous applause. Following this, Yateley Manor were presented with their well-deserved prize to round off a very enjoyable day.