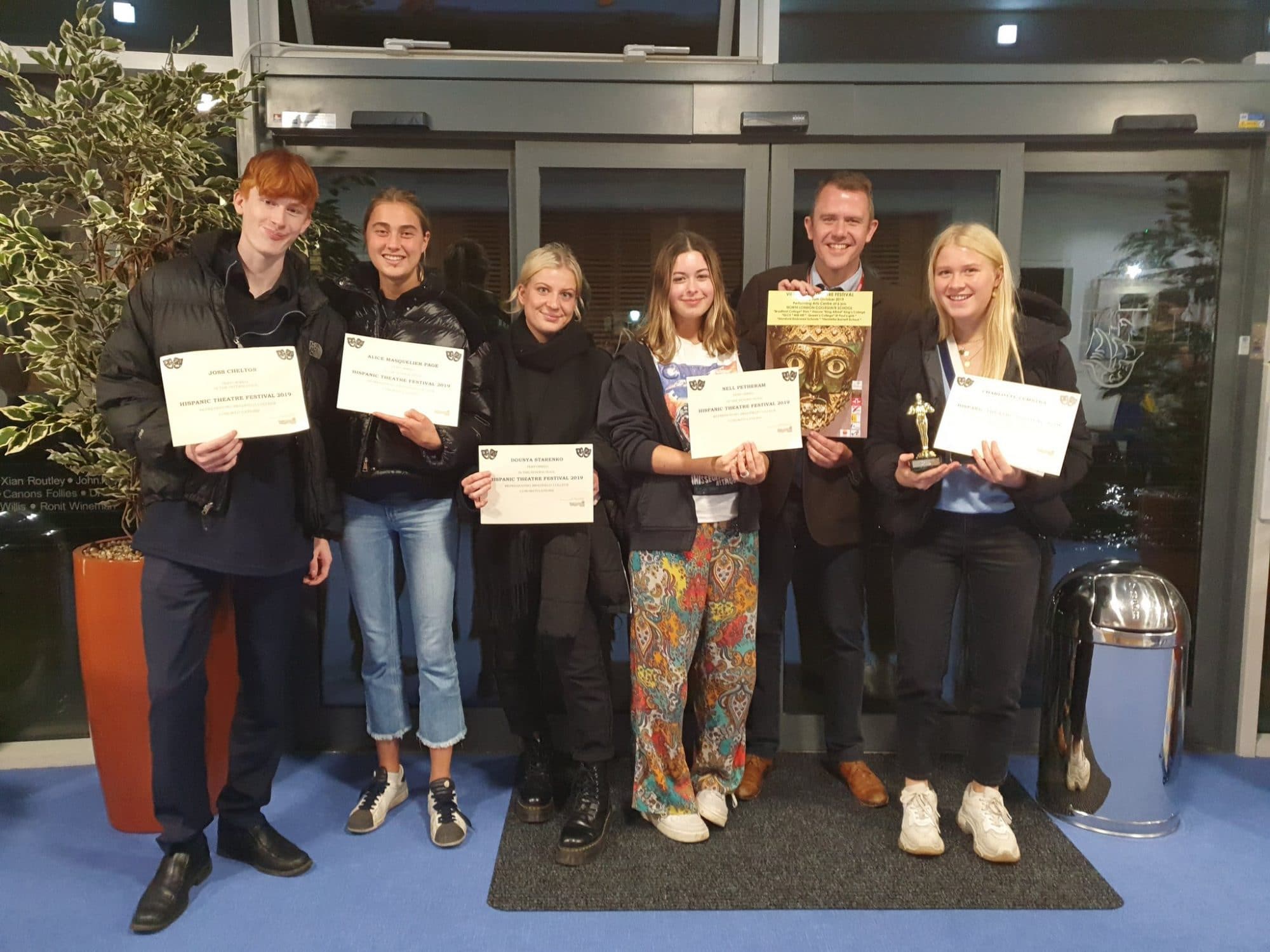 The competition sees each school perform a ten minute vignette of a Spanish play which can be an original production created by the participants or a piece by a well-known playwright.

A distinguished judging panel included members of the Spanish Embassy, a Spanish professor at the University of Leeds, representatives of the Spanish Theatre Company in London and the head of Cultural Provision at the Instituto Cervantes.

Our Sixth Formers absolutely excelled themselves given the trickiness of the language and a special mention must go to Charlotte who won the award for Best Actress, the prize for which is a stay in a Five-Star Hotel in Cartagena, Colombia.

There will be a chance to see more Spanish Theatre this term as the Drama Department present Yerma by Federico Garcia Lorca. Tickets from: www.ticketsource.co.uk/bradfieldevents