Born in Egypt in 1973, Oliver Charles Anderson Vick was the son of Jim, a British Airways executive, and Cheryl, a chiropodist. He grew up in Guyana and Thailand before moving to Wargrave in Berkshire, where his parents still live.

I first met Olly in 1988 on my first day at B House, where we both experienced the true golden age of boarding. The horrors of the 60s and 70s boarding environment had, by and large, disappeared and the 1974 Health and Safety Act hadn’t quite yet made it to rural boarding schools.

Bullying was on its way out and girls were on the way in. It was the perfect environment in which to experiment during your teenage years and boy, did we like to experiment. We put our CCF Marine orienteering skills to good use, whether it was to find a local village corner shop, an underage drinking pub, the nearby new age travellers’ site, or to scale school buildings after dark, including the girls’ boarding houses.

Olly was a fantastic leader. He had a great respect and empathy for others, no matter their age or background. Olly epitomised diversity and inclusivity in an age when those words were barely mentioned.

At Bradfield, Olly’s positivity and energy shone through. He was hugely popular across Houses and age groups. This, combined with his knack of somehow staying out of trouble, led to him being selected as our Head of House. Olly was a fantastic leader. He had a great respect and empathy for others, no matter their age or background. Olly epitomised diversity and inclusivity in an age when those words were barely mentioned.

I don’t remember any House being as egalitarian, as tightly knit, or as fun as B House under his leadership. Olly was an outstanding cross country runner and a determined athlete. It was the same determination that enabled him to pass the Royal Marine Officer entrance tests, a career he decided against, once he realised he was a lover not a fighter.

Olly read Geography at Newcastle University, after which his adventurous spirit took him to Colombia, where he spent several years teaching in Medellín for a company run by Brian McDevitt — an American man long suspected of carrying out the infamous $500 million art heist at the Isabella Stewart Gardner Museum in Boston, Massachusetts, in 1990.

An exciting, 18-year long career with the UN fulfilled his yearning to be a force for good in the world.

In 2001 he joined the UN as a volunteer in East Timor where he helped organise and deliver the Presidential elections. This was the start of an exciting, 18-year long career with the UN that fulfilled his yearning to be a force for good in the world.

Olly cemented his reputation as a courageous and diligent UN political officer in Afghanistan, where he spent the best part of a decade, wrestling with vast logistical and cultural complexities, attempting to achieve a peaceful political transition through democratic elections. Whether it was defending ballot boxes, negotiating with warlords, avoiding suicide bombers, mortars, rockets, storming mobs or other threats from various insurgencies, Olly’s postings were always fraught with danger.

After Afghanistan, he served in Iraq, Nepal, Thailand and Liberia, where he was Deputy Joint Operations Chief for the UN mission. In 2013 he returned to Iraq for another two years, followed by a year in Afghanistan.

In 2017 Olly led the UN’s political data collection and analysis in Somalia and was in charge of crisis management, working closely with the Head of the UN mission, Nicholas Haysom. Another dangerous posting, his compound came under a sustained mortar attack in 2018 from al-Shabaab militants, killing 15 people.

Olly will be remembered by everyone he met, not only for his sparkling eyes and infectious smile, but by his warm heart, generous spirit and determination to make the world a better place.

Olly died on March 10 when Ethiopian Airlines Flight 302 from Addis Ababa crashed shortly after take-off. He had been returning from holiday with his partner, Jessica Hyba.

He is survived by his two beautiful daughters Isabella and Silvia from his previous relationship with Ilaria Gandossi.

Olly will be remembered by everyone he met, not only for his sparkling eyes and infectious smile, but by his warm heart, generous spirit and determination to make the world a better place. 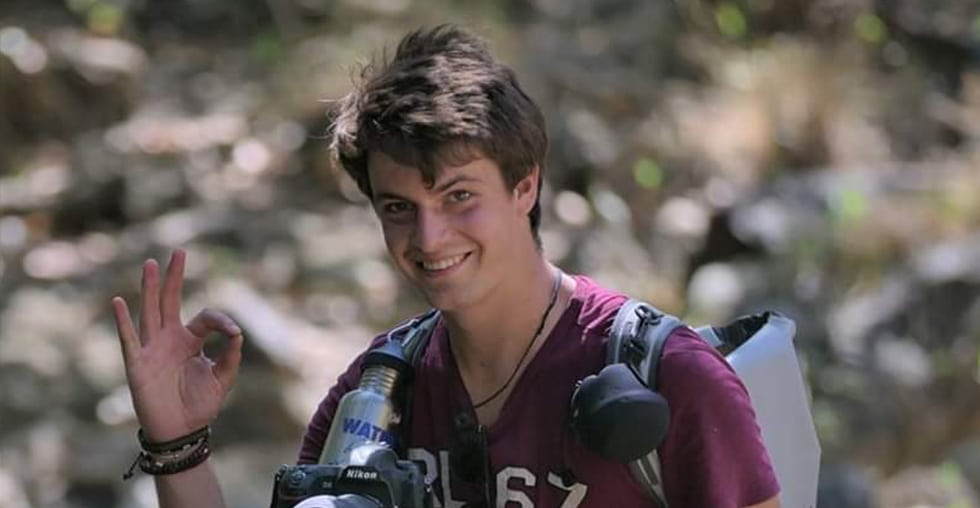