Both girls’ and boys’ tennis teams have enjoyed continued triumphs this season. In the junior game both sets of LTA Year 9/10 teams retained their Regional Division 2 crowns for the third year in a row.

The senior tennis players have performed well in regular friendly fixtures, defeating the UK Armed Forces team 5-1 and performing well in an enjoyable and competitive match against the International Club of GB. They were edged out 6-3 with the girls’ pairing proving strong competitors, impressing even though narrowly losing their fixture.

SUCCESS ON THE SLOPES FOR COLLEGE AND COUNTRY

Our young skiers raced to a series of podium finishes on the slopes of Les Deux Alpes at the Independent School Ski Championships (ISSC) while Lower Sixth pupil Louis (H) enjoyed success of his own as he qualified for the Winter Youth Olympics in Lausanne, Switzerland.

Louis’ hard work during both the indoor and outdoor competition seasons paid off as he accumulated enough points to qualify for the Slalom and Giant Slalom Alpine Skiing events at the Winter Youth Olympics in January.

He not only represented Belgium but was also chosen as his delegation’s flag bearer, proudly waving the flag at the opening ceremony.

Racing against a field of older competitors was always going to be a tough challenge but Louis acquitted himself superbly at his first Games, finishing 23rd amongst more than 50 competitors in the Men’s Slalom.

At the ISSC, Faulkner’s pupil Orlando (LH) provided Bradfield’s first success, conquering poor weather conditions to finish third in the U14 group and sixth overall from a field of over 150 competitors in the Boys’ Slalom.

He went on to race in the Giant Slalom where he finished just outside the medal places, finishing in fifth.

Christabel (K) and Lavinia (K) were both placed in the top ten in the U18 Slalom, finishing seventh and eighth respectively, while Johanna (J), competing in her first championships for Bradfield, finished eighth in the U16 category.

Our girls raced to more top ten finishes in the Giant Slalom where Johanna claimed seventh and Christabel eighth while Cara (K) and Lavinia also placed in the top 20 of the U18 competition.

The senior boys went on to claim two more medals on the final day of the competition.

Just two-tenths of a second separated Oliver (A) and Edu (A) in the Giant Slalom with the boys taking home the silver and bronze medals respectively.

Participation levels have grown significantly in girls’ hockey this year, particularly at the senior end of the College. It is not only participating numbers that have grown however as this has directly increased the number of teams playing competitively from 12 to 14.

Highlights have included an unbeaten season for the 2ndXI, with the team winning nine and drawing just one of their 10 fixtures. The team enjoyed convincing victories over Wellington, Cranleigh, St Edward’s, Pangbourne and Cheltenham and ended the season with an excellent goal difference of +41, scoring 44 goals and conceding just three times.

The U14B team recovered from a loss in the opening fixture of their Independent School Hockey League season to win all eight of their other matches. Scoring was also a strong feature of their game as they finished the season with a healthy goal tally of 28 while taking the league crown. The 3rdXI also came agonisingly close to an unbeaten season, conceding with the last hit of their last match to lose the fixture 4-3, their only loss this season.

Congratulations also go to the U16B team who stepped up to a senior level to win all three of their 4thXI ISHL games and take the league title.

After a very successful summer at Bisley, the target rifle shooters switched from full bore to small bore for the Michaelmas Term, with 27 pupils from the Shell up to the Upper Sixth participating in regular shoots in the indoor range.

It has been pleasing to see Faulkner’s pupils continuing to show an appetite to try their hand at the sport, having the opportunity to shoot weekly and showcase their potential.

The term saw numerous competitions, leagues and matches take place and the standard of shooting has been high, particularly from the new firers who have shown a desire to learn and good level of commitment.

This enabled them to produce very good results at an early stage.

As well as our senior shots performing at a high level on 10 bull targets, 20 “possibles” (100/100) were scored by those shooting five bull targets.

These were achieved by six different firers and Shell pupil Keisha (I) shot seven on her own.

Throughout the term, four teams competed in the British Schools Smallbore RA Leagues.

All four teams shot well over five rounds, three of them remaining undefeated as all four went on to win their respective divisions.

The A team achieved their best score in round five, narrowly pipping Wellington to the Division 3 title.

The B team went unbeaten throughout, scoring a maximum 30 points to win Division 5 while the C and D teams mirrored that success to win their own divisions.

There was more success at the English Schools Long Range Challenge where our Top IV came 2nd, winning silver medals.

Will (E) was placed fourth winning a trophy and five of our shots were in the top 30, winning embroidered badges.

To cap off a successful term we received the news that Bradfield will be represented once more in global competition as two pupils earned call ups to the Great Britain squad for ‘The Athelings’ tour of Canada this summer.

Three of our shots attended the selection board for the tour which is a fine achievement for Annabel (J), Max (F) and Katie (M).

Annabel and Katie were notified on the last day of term that they had been selected as Athelings for the British Cadet Rifle Team and we wish them good luck in the months ahead as they build up to the competition.

The College’s footballers enjoyed another impressive term with 23 teams regularly competing. The sport has enjoyed a number of significant successes which have included unbeaten seasons for the 3rdXI, 4thXI, U15C and U14B teams.

Our senior footballers were just one kick away from the best possible start to the year as they finished runners up in the annual ISFA Sixes competition. The team topped their group and beat strong sides from both Shrewsbury and Repton on their way to the final. However, a very competitive match ended even and the boys were disappointed to lose 3-2 on penalties.

In Cup competitions, the 1stXI impressed on their way to the last eight of the ISFA Cup before being edged out by a strong Queen Ethelburga side 2-0. The unbeaten 3rdXI progressed to the fourth round of their ESFA Cup, a competition which consists mostly of 2ndXI teams from other schools. The 2ndXI were disappointed to lose by the odd goal in a 3-2 fourth round game having exceeded expectations throughout the term. The U14Bs, having secured 12 wins during their unbeaten season, also reached the fourth round of their National Cup.

The U14As demonstrated their significant potential progressing comfortably to the ESFA Cup 7th Round. So far they have notched 29 goals in their six Cup games and at the time of going to print, following an extra time victory against Therfield School, they face Hurstmere Foundation for a place in the last eight of the competition. 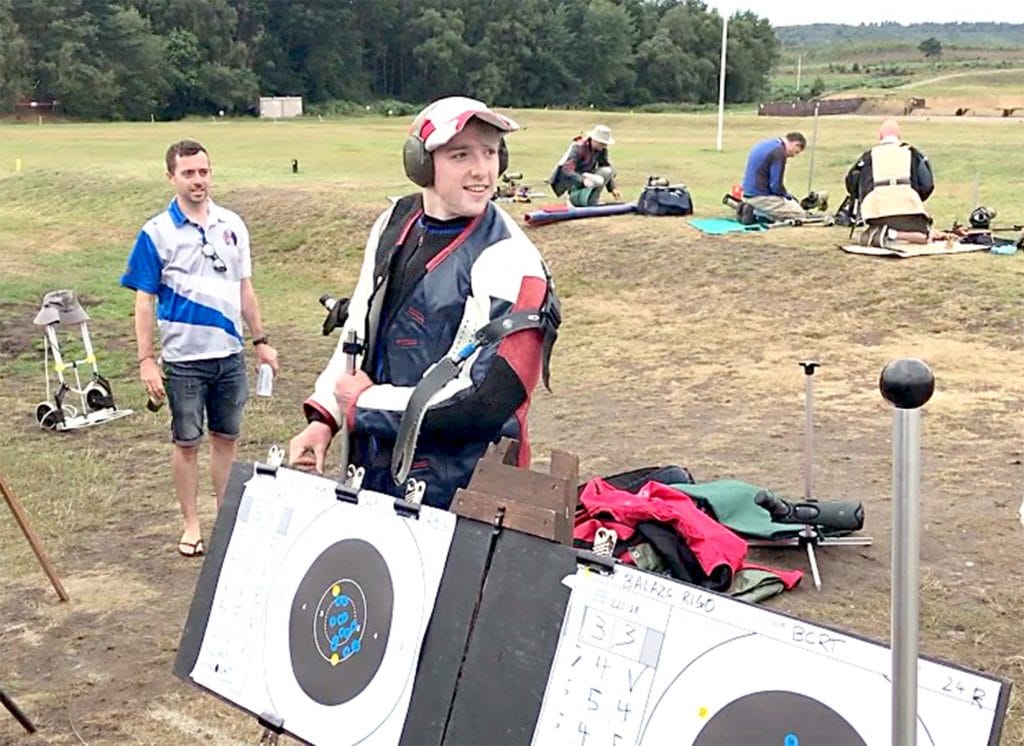