Why the Debating Society is increasingly relevant in a “post-truth” world.

In 2016, Oxford Dictionaries declared “post-truth” its Word of the Year; according to Casper Grathwohl, it could become “one of the defining words of our time”.

Denoting circumstances in which objective facts are less influential in shaping public opinion than are appeals to emotion and personal belief, “post-truth” argument has had an effect upon politics, in both the UK and the US, that is now a matter of discussion only in terms of the reach of its influence.

The Debating Society’s activities aim to prepare pupils to be confident, compelling spokespersons.

“Post-truth” argument today seems on the verge of detaching the democratic process from expert testimony, reasonable ideas and demonstrable evidence. Such is the world those who currently study at Bradfield seem destined to inhabit.

Fostering the qualities of public debate

If they are not to be duped into believing a repeated statement can be counted as one that is true, or that a claim, which seems preferable to an alternative can thus be thought the “truer” one, then it is imperative our pupils learn fast how, in arguments, “wheat” is to be winnowed from “chaff”. They need to understand that the proven must be distinguished from what is merely plausible.

Bradfield undertakes to “promote an open-minded and outward looking mentality, encouraging all pupils to play a positive role in serving their wider community”. The equipping of an open-mind means pupils must learn to try-by-fire the “truths” and “post-truths” offered them in election and referendum campaigns. To go further and make them servants of the wider community on this matter involves developing pupils empowered to speak out publicly against “post-truths”, working as effective participants in our democracy.

In pursuit of the College’s stated aims, the Debating Society thus works to foster qualities of public debate, the recent neglect of which, in both Britain and America, imperils the prosperity and wellbeing of us all.

The Debating Society’s activities model, first, the importance of winnowing wheat from chaff when it comes to argument, and, second, aim to prepare pupils to be confident, compelling spokespersons.

Sorting the fact from the fiction

First the winnowing of wheat from chaff. The Society seeks to provide opportunities for young people to learn to test attractive sounding claims and to demand the evidence or reasoning lying behind oft-repeated assertions.

Every Wednesday evening of the year at 8.15 pm in the Music School Hall, pupils from two of the Houses work hard as advocates and critics of the day’s motion. Paper speeches “at the despatch box”, lasting for up to seven minutes each, and (unless a maiden speech) open to interruption if someone on the Floor of the Hall considers a point suspect, develop the skill of public, evidenced reasoning.

Practice in debate also offers the opportunity to build skills that can command and engage a reluctant audience.

Once the first four paper speakers have finished, the debate is then open to everyone present; discussion can be vigorous (and is often lengthy, ended only by a guillotine at 9.30 pm).

After that, the most testing work has to be done: the Tellers on each side must judge which points heard in the foregoing 75 minutes have been most important and which can simply be ignored. Summarising them persuasively, and in sensibly prioritised order, these speakers conclude the case for each side in the debate. There is clear expectation that they will not work “post-factually” but focus upon strong evidence and sound argument.

It is not easy to speak in any setting where others take a view at odds with one’s own; practice, however, can develop the confidence which masters nerves even in the face of a large (politely), hostile crowd.

Practice can also cultivate the skill of making fresh arguments when put on the spot. Practice in debate also offers the opportunity to build skills that can command and engage a reluctant audience.

Thus, the Society aims to model the expectations of honest debate and the tough realities of political exchange. It reminds pupils that opponents in argument are owed truth and that audiences may need persuading to listen – and to keep listening – before those truths can have real effect.

As adjudicators award points at the end of a Wednesday evening, those who participated have, it is hoped, taken some important steps. The wish of all those who work to encourage formal debate at Bradfield is that Casper Grathwohl’s prediction is an anticipated possibility that will be determinedly resisted by those nurtured in the bosom of the Debating Society. 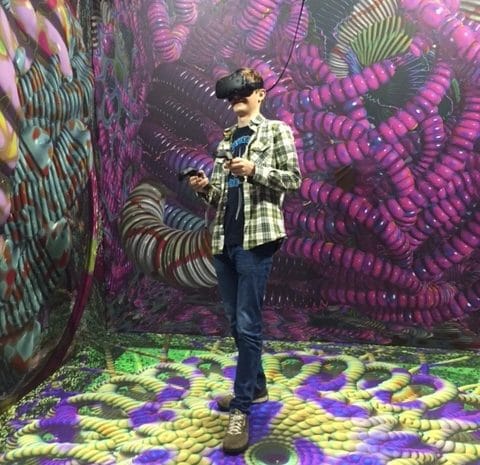 Diadati replicates the Villa Diodati; it facilitates a meeting of minds for the furtherance of intellectual illumination. 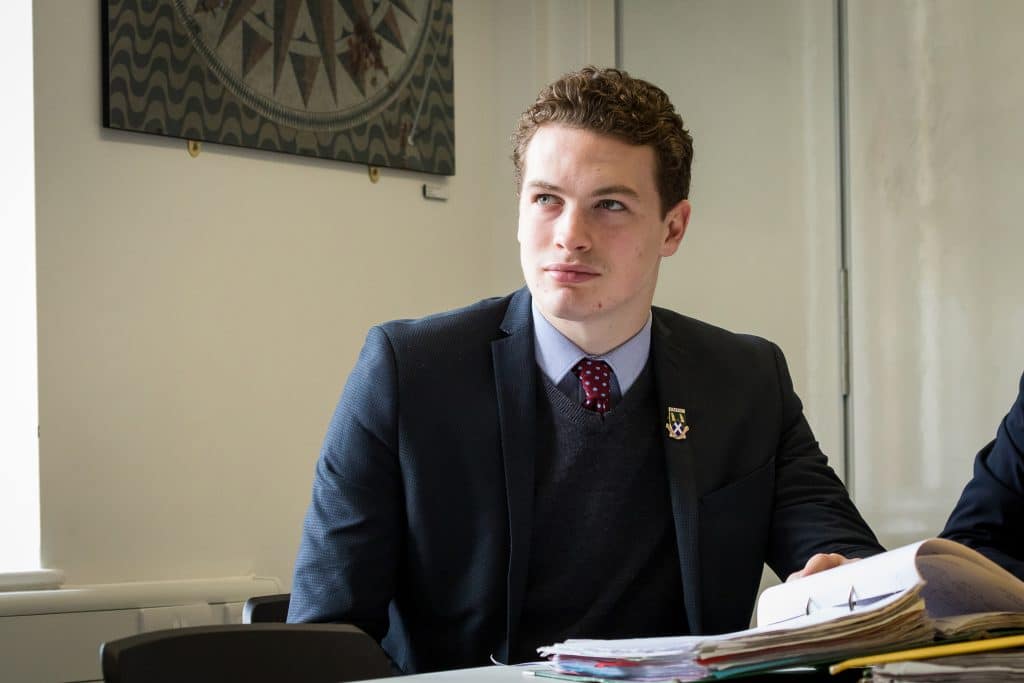 How one of the core elements of the International Baccalaureate Diploma Programme challenges pupils to question how we gain knowledge.