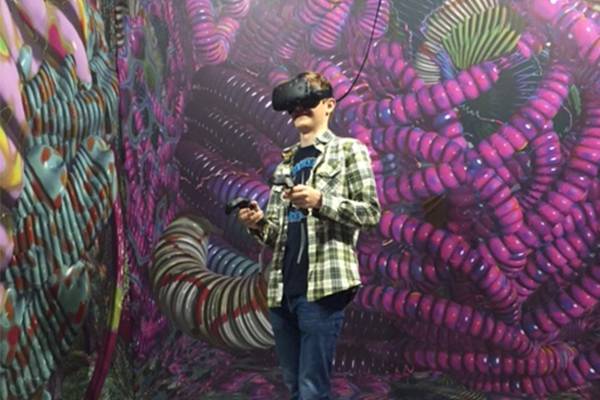 On Thursday a group of enthusiastic scientists from the Shell, Fifth and Sixth Forms led by Dr. Brooks and Mrs Stannard set off for the New Scientist Live show at the London ExCeL centre. Excitement among the group was palpable, as the day promised a veritable scientific feast with presentations on a wide range of subjects by academic speakers.

The exhibition consisted of four main areas; Technology, Brain and Body, Cosmos, and Earth. Located in each space were a range of interactive activities linked to that particular field of science, as well as unique exhibits and scale models. Universities represented included Imperial College and Goldsmiths, along with various Royal Societies. Even the forensic team from the Metropolitan Police were on hand to show the pupils how they were working with King’s College London and the International Fund for Animal Welfare to develop technology to help apprehend those involved in the illegal trade of ivory.

Over the course of the day, we attended a range of academic talks on topics as diverse as self-driving car technology (University of Oxford), particle physics (University of Liverpool), living with parasites (London School of Hygiene and Tropical Medicine), how to stop climate change (University of Manchester) and how biomechanics is used to make elite athletes faster (Sheffield Hallam University/English Institute of Sport).

In between talks, we sampled the interactive delights of immersive virtual reality, racing car simulators, and participated in psychology experiments for the University of Oxford’s postgraduate research team. Some of the braver individuals visited the ‘Pestaurant’ and snacked on salt and vinegar crickets and barbeque bamboo worms! But the highlight for several of our keen space enthusiasts was the arrival of Al Worden (Apollo 15 Command Module Pilot in 1971) and Tim Peake who posed for photographs and signed autographs.

By the end of the day our heads were spinning with the incredible amount of knowledge we had accumulated. We all agreed that it had been an amazing experience which would give us a lot to discuss and think about over the course of the year, and would prove particularly useful to those Sixth Formers applying to university this year and next.