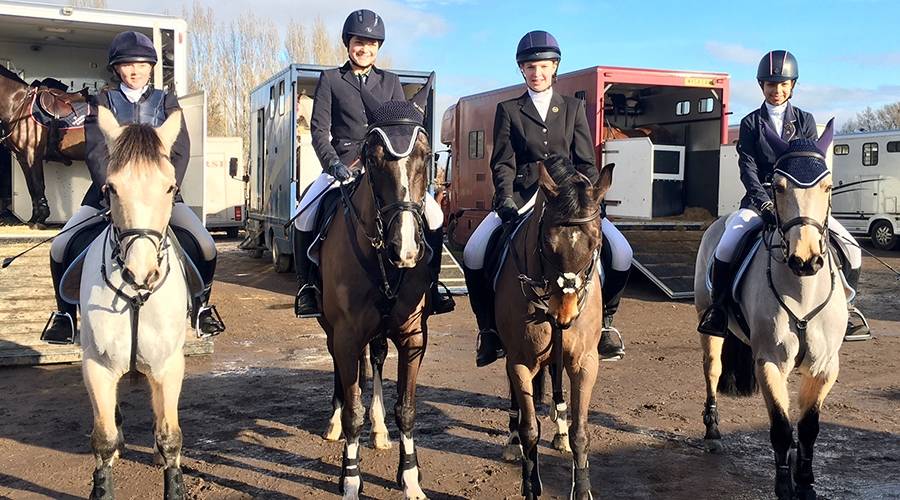 Bradfield’s equestrian team continues to go from strength to strength after beating off competition from over 30 teams to win the 90cm Class Competition at the West Wilts Equestrian Centre to qualify for the highly prestigious Royal Windsor Summer Show.

Keen to build on their victory at the Interschool Show Jumping Event in November, the team of Maddie Loweth (LI), Issy Thomas (LJ), Hope Finegold (K) and Yasmin Gershon (LI) entered the 90cm Windsor Horseshow Qualifier looking to seal one of the two coveted qualifying places. The girls were up early in the contest and were in fine form as they all jumped fast and clear rounds.

The girls watched on through five hours of competition as 31 other teams took to the indoor arena looking to secure a qualifying place. After a nervous wait, the team were announced as winners and were the only team to have jumped clear rounds.

Maddie Loweth also achieved a fine seventh place finish in the individual 80cm timed event on a challenging outdoor course in a field of 40 riders.

The team will now prepare for the Royal Windsor Horse Show where they will compete in front of the Queen in the grounds of Windsor Castle.