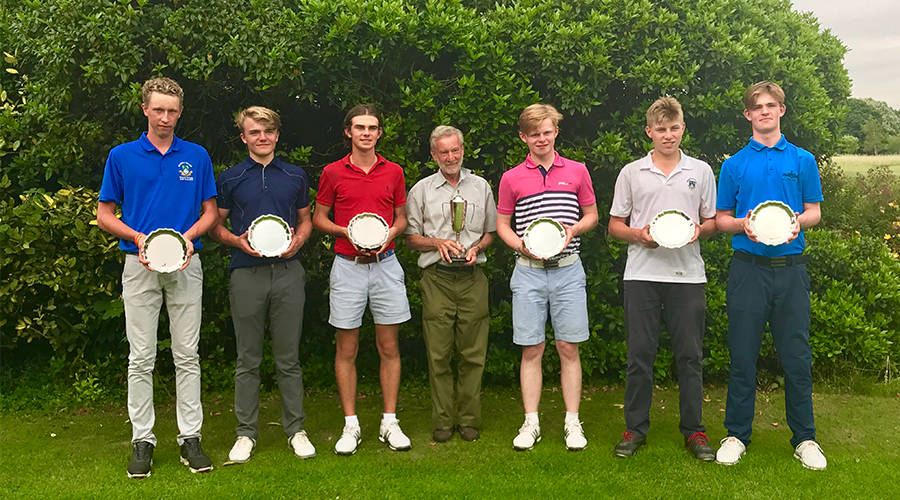 Bradfield’s boys’ golf team ended one of their most successful ever seasons in style after winning the prestigious HMC Schools Foursomes Finals.

The national competition pits the two finalists from last year and six regional winners against each other in a uniquely scored group section with the winners of each group then meeting in a final. Bradfield qualified as South Central Region winners after coming through a series of knockout matches played throughout the year.

Bradfield’s golfers made the best possible start with successive victories on the first day against Hurstpierpoint (2-1) and Canford (3-0). The final group game was a closely fought contest against Bedford, which the boys narrowly lost 2-1 after the deciding match went to the 20th hole. However, it was Bradfield who progressed to the final thanks to the earlier victory over Hurstpierpoint, who had beaten Canford 3-0 in their final group game to finish on the same number of points.

The final was against Scotland’s Loretto School and it was clear that Bradfield’s golfers were relishing the occasion as they were constantly discussing strategies and encouraging each other at every opportunity.

For the first time in the tournament, Angus (H) and Killian (D) were beaten, despite valiant efforts but immediately went to support their teammates in the two remaining matches. In the next pairing, Aiden (E) played a sublime chip onto the 16th green and his playing partner Oscar (D) held his composure to putt to win their match and tie the overall score. Attentions then turned to the 17th hole where Tom‘s (D) perfectly executed drive and Max’s (C) well-controlled approach shot gave the pair the win they desrved to hand Bradfield the win and the trophy. A true team effort and a great result to end the season on.

We would like to thank Colin Burgess, Mike Goodwin, Simon McGreal and Nick Taylor who have given their time, enthusiasm and expertise tirelessly throughout the year. Thank you also to the parents for your support and encouragement, and making your sons available for this event.