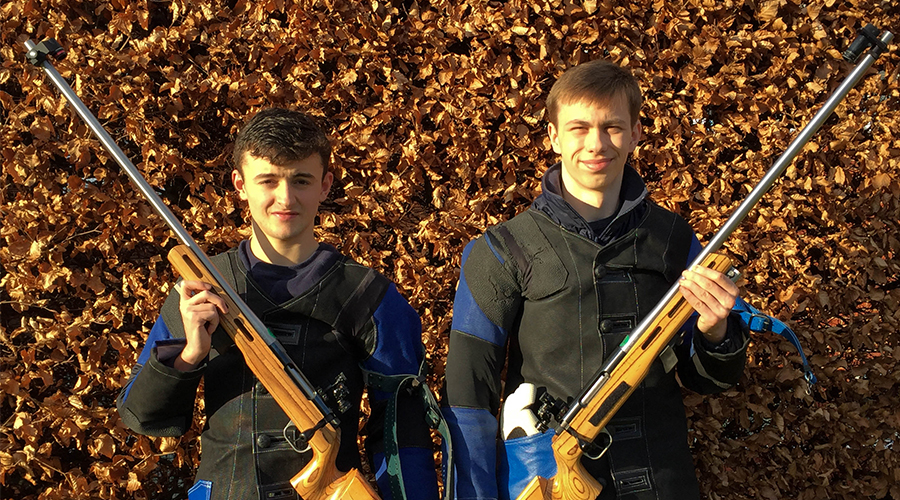 Congratulations to James Dixon (F) and Hugo Donovan (C) who have become the first pair of Bradfieldian cadets since 1991 to be selected for the British Athelings shooting team.

Following their success on the UK Cadet Rifle Tour of the Channel Islands and Jersey last year, they are one of just three pairs of shooters representing their school on the tour to Canada in the summer.

James and Hugo are the latest in a string of promising young shooters the College has produced over the last couple of years including Elliott Sewell, Megan Wilkins and Will Hall.

This is fantastic news and just reward for all their efforts behind a Target Rifle during 2017.