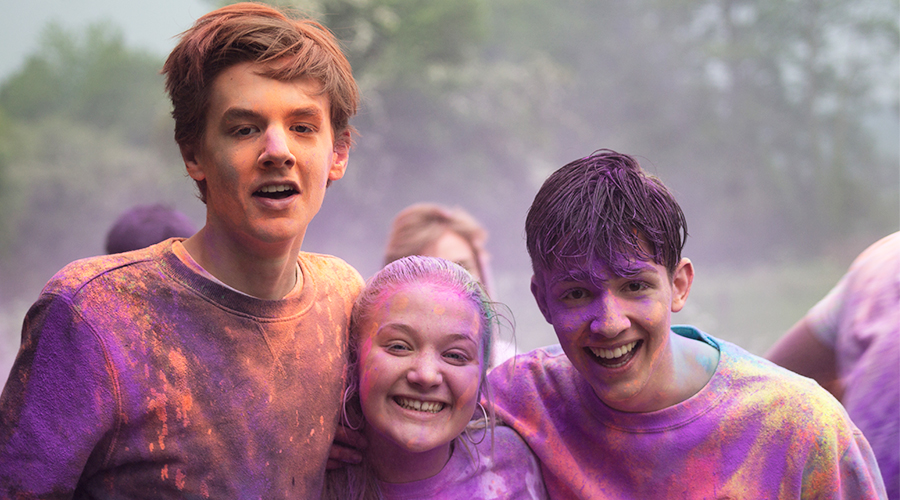 The event is planned as a part of the CAS Project (Creativity, Action, Service), an integral part of the International Baccalaureate Diploma Programme.
The day is about raising awareness of mental health issues, and putting into practice ways of promoting positive mental health, such as listening to music, spending time with others, doing exercise, eating well, and helping people.

The wet weather scuppered this year’s Early Morning Walk but the pupils worked tirelessly throughout the day, selling wristbands and running various workshops with the help of Bradfield’s Wellbeing team and outside speakers – raising awareness and money throughout the day for a very worthy cause.

Late afternoon saw pupils take part in last year’s favourite event, the Colour Run. Pupils took to the short course up and down the Pang and around New Ground where paint throwers waited eagerly to cover them from head to toe. The bright colours and exercise lifting the spirit!

The day concluded in the Greek Theatre with the final of The Voice. Well done to all of the performers who put their heart and soul into their performances and to the music team for enabling the event to take place despite the inclement weather.