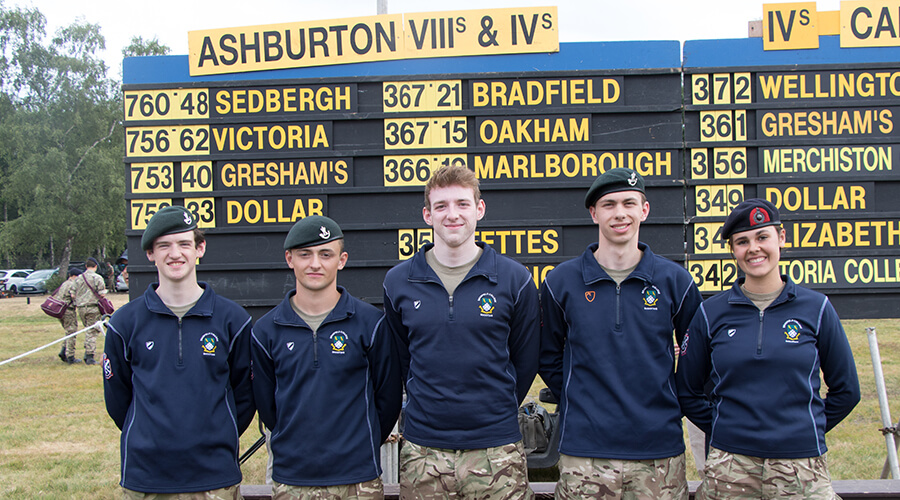 Bradfield’s shooting team capped off a successful week at Bisley as they were crowned Ashburton IV champions.

The team of Annabel (J), Hugo (C), James (F) and Max (F) shot a combined total of 367 and 21 v’s to beat Oakham and Marlborough College and were presented with their medals and the trophy by Parag Patel, England’s Gold Medal winner in the Queen’s Prize Pairs at the 2018 Commonwealth Games.

Bradfield also finished third in the Schools’ IVs and had three shooters in the top 100 for the weekend.

It is proving to be a busy summer for our shooters. Following victory in the Ashburton, eight shooters represent the College at the Imperial competition this week before three of our pupils embark on tours to Jersey and Canada where they will represent Great Britain.