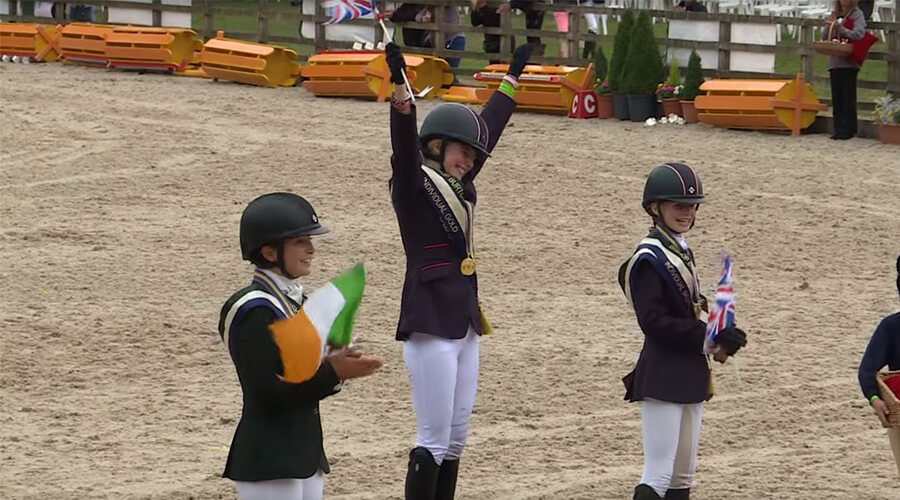 Many congratulations to Lower Sixth pupil Saffie Osborne who won the individual eventing gold and team eventing gold while representing Great Britain at the European Championships for Ponies in August.

As the afternoon’s show jumping progressed, Saffie had the luxury of knowing she could knock down a fence and still win gold for the team and herself. She completed a perfect round to become European Champion bettering the silver medal she won at last year’s event.

Reflecting on her performance, a delighted Saffie said:
“I didn’t say to myself that I could have a fence down. I didn’t want to jinx anything and rode it like there was nothing in hand. I know that my pony’s a careful showjumper but until you’ve gone over the finishing line you can’t be certain.”

You can see her gold winning ride here: