Over 500 pupils, parents, staff and Old Bradfieldians gathered around the Collingwood Cross War Memorial for a special Remembrance Service on the centenary anniversary of the armistice that signalled the end of the First World War.

College pupils began the service with the reading of the College Roll of Honour which is etched into the two College War Memorials and includes the 279 Bradfieldians who lost their lives during the First World War, 198 during the Second World War and two who have died in Wars since 1945. 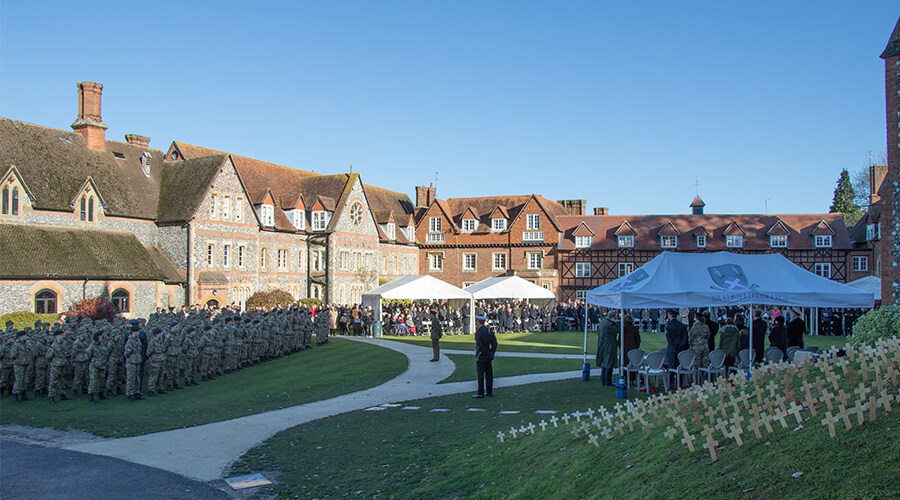 Following the playing of The Last Post and two-minute silence, the College Chaplain welcomed Old Bradfieldian Vice Admiral (Retd) Sir Jeremy Blackham KCB MA (E 57-61) who delivered a poignant address. Returning 57 years after he left the College, Sir Jeremy spoke to the College’s current pupils, many of whom are the same age as those who fought during the War, noting that the world and its future will be theirs to shape and make. He closed his address by saying “On this Centenary, we cannot do better than to remember what past generations have done for us, note where they failed, and learn from and draw on their experience to make the world a better place.”

Following the service the Headmaster and Chaplain were presented with a Tower of London Poppy, donated by OB David Wright MBE (E 48-53). 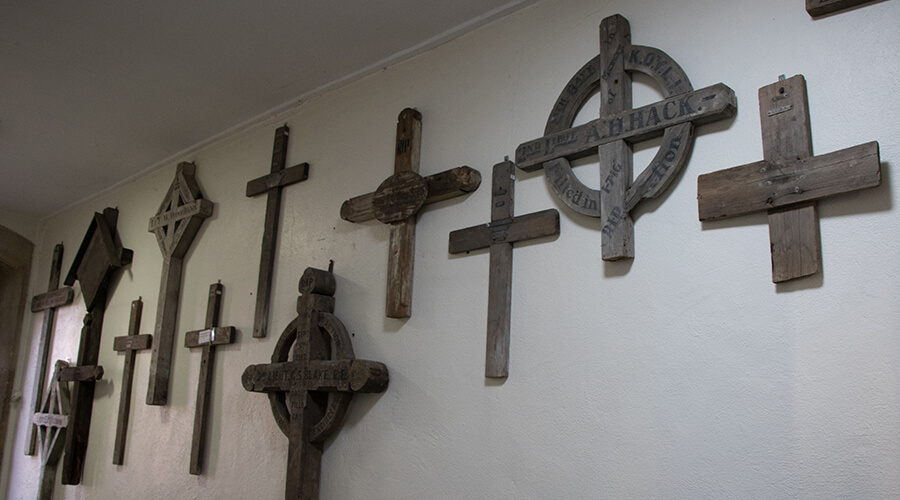 Throughout the year, the College has run the #BradfieldRemembers campaign on our Twitter page with profiles of Old Bradfieldians being posted as Bradfield paid tribute to those who fought in the First World War and died in 1918.

Karen Ward, Bradfield Society Events Manager, conducted the research on these OBs, finding obituaries written in historic Bradfield Chronicles and finding rare photographs of them in the College archives. This campaign has also extended to the College’s unique collection of Battlefield Crosses, donated by families at the end of the First World War for safekeeping, which is now on display outside the Chapel with each OB profiled.

Ten of the College’s Divisons pupils also spent the year researching Old Bradfieldians and School Masters who gave their lives during the War. A number of these were published in the Remembrance Service Programme. 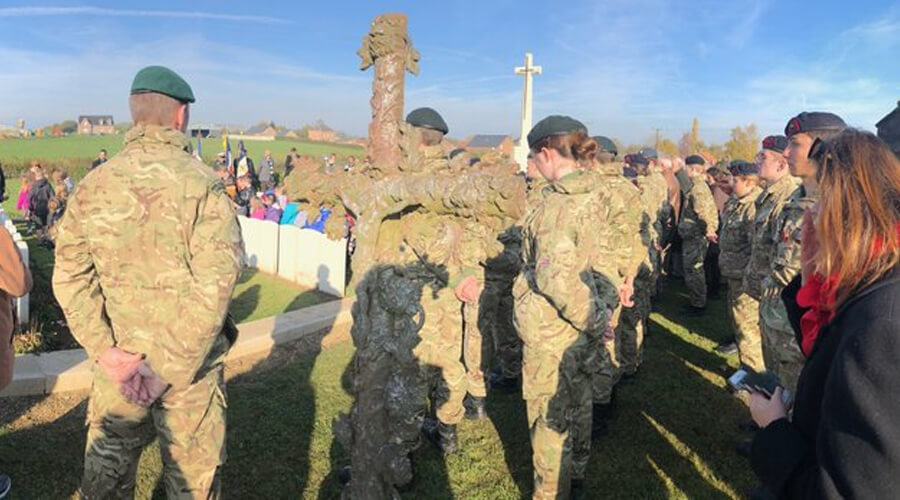 18 Bradfield cadets were privileged to be invited by Old Bradfieldian Andrew Larpent (H 64-69) to participate in a special Service of Remembrance for his grandfather, a distinguished OB and recipient of the Victoria Cross, Major General Dudley Graham Johnson VC, CB, DSO, MC.

On 4 November, the centenary of the date of Major General Johnson’s Victoria Cross action, the cadets travelled to the Sambre Oise Canal to meet the family of Dudley Johnson as well as friends and guests. An account of the action and the courageous acts of those involved was given and was followed by an Act of Remembrance at the local cemetery.