It was an absolute pleasure to welcome 15 Mumbai girls from the OSCAR Foundation’s Kick It Like A Girl Tour to the College as part of a life changing football tour back in October.

The initiative saw talented girls from one of India’s poorest slums travel to the UK for a nationwide tour during which they played a number of matches, taking in some of our nation’s great footballing sights and meeting some famous faces along the way.

In order to help fund the tour, our OSCAR International Young Leaders were responsible for coordinating the fundraising efforts to raise the £5,000 needed in order for the event to go ahead. Starting their fundraising at Spring Concert in March, over the following sixth months, the pupils raised an incredible £7,500, smashing their original target.

#IWD2018 Alice, Ellie, Alexandra and Elise are going to be spending their free time this year fundraising for @OscarUKTour who heading up an initiative to bring a team of underprivileged girls from India over for a UK football tour later this year #kicklikeagirl #charity pic.twitter.com/cFaq3B1BA6

Reaching this target was a truly a College wide effort. On top of the £600 donated at Spring Concert, the Soul for OSCAR concert which showcased some of the school’s best musical talent generated an additional £1,000.

Individuals across the community also made significant contributions with Mr Fox raising over £900 by running six miles every day for a whole month, while OSCAR Leader Alice contributed £550 from a half marathon she ran in the Summer. Houses also came together for this great cause with Palmer House raising an incredible £2,000 through their sponsored ‘rough sleep’ in Quad. 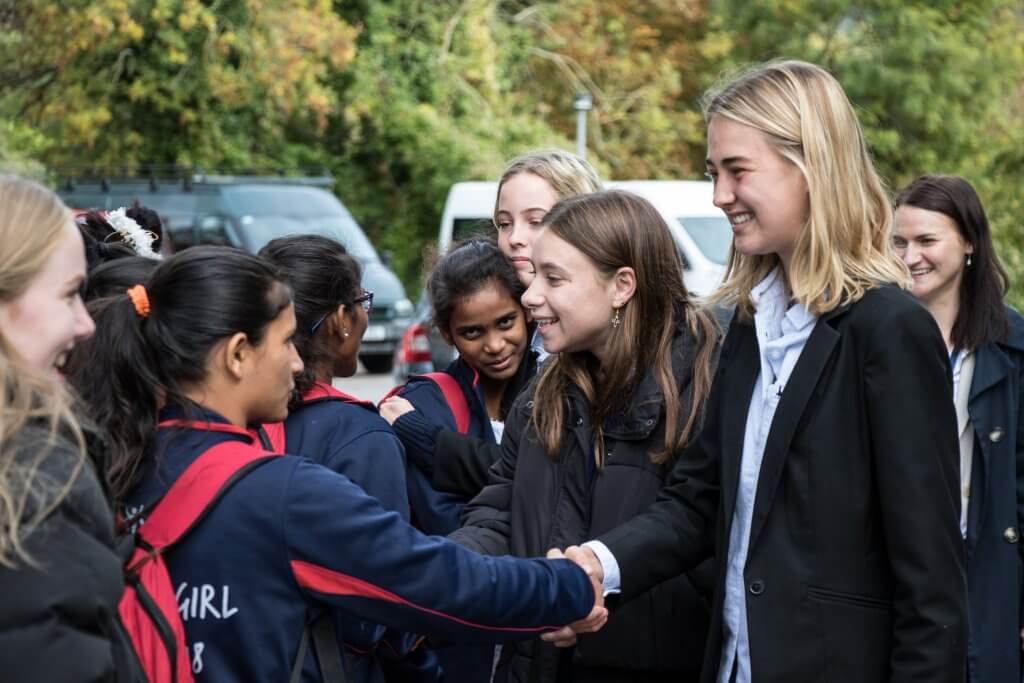 Our OSCAR Leaders took responsibility for running the Bradfield leg of the tour which had a very packed itinerary.

On arrival day, it was one of the OSCAR girls birthdays so the pupils arranged to have cake in the Warden’s Room which proved a great ice breaker and an excellent opportunity for everyone to get to know each other. After settling in, the girls went on enjoy lessons in Science and Art before taking on our CCF obstacle course and spending some time in the swimming pool. 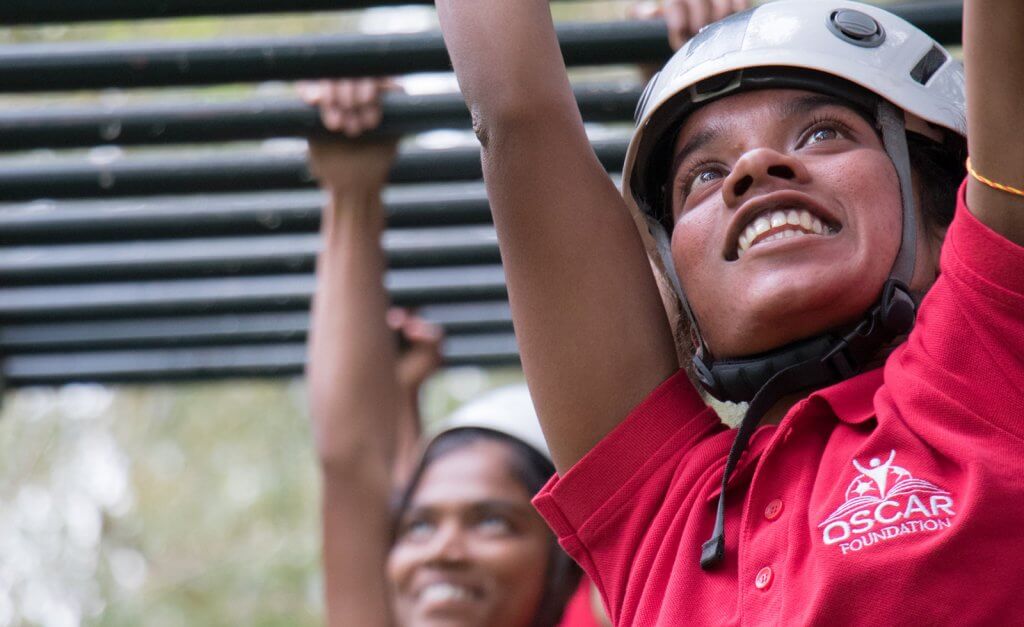 The following day was the showpiece football match between the OSCAR girls and the College’s 1st XI girls team. Beforehand the teams were put through their paces as they had a training session with QPR Women, whose coaches really got into the spirit of the occasion. During the showpiece match in the afternoon, the OSCAR girls showed off their hard work and remarkable skills as they ran out comfortable winners. The game was played in front of a large crowd with the Bradfield community creating a wonderful atmosphere.

One of the highlights earlier in their stay for many of our pupils was a Female Empowerment workshop where the OSCAR girls shared their heart-breaking but equally inspiring stories, leading many of our pupils to consider doing more charity work inside and outside of the College. 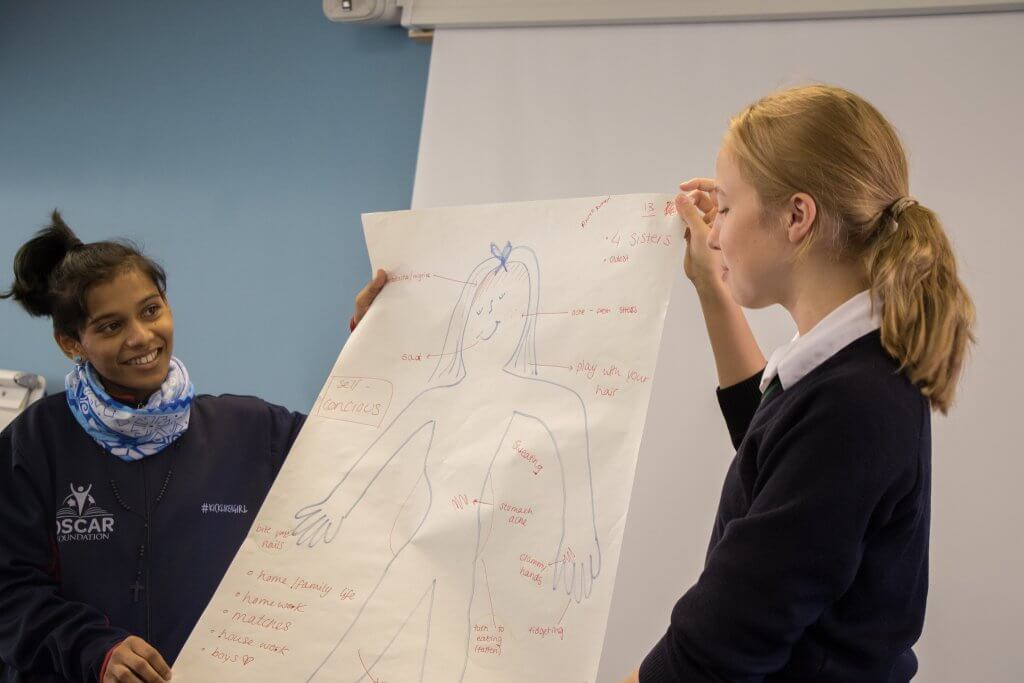 Commenting on their experience, Alice, one our Young Leaders said: “It showed how strong the girls are and, after seeing the impact the trip had on their lives, it has encouraged me to do more charity work and I hope I get the opportunity to visit the Foundation in Mumbai soon.”

A huge thank you to the OSCAR girls who left an indelible mark on the College and we look forward to welcoming OSCAR back later this year, this time with the boys. 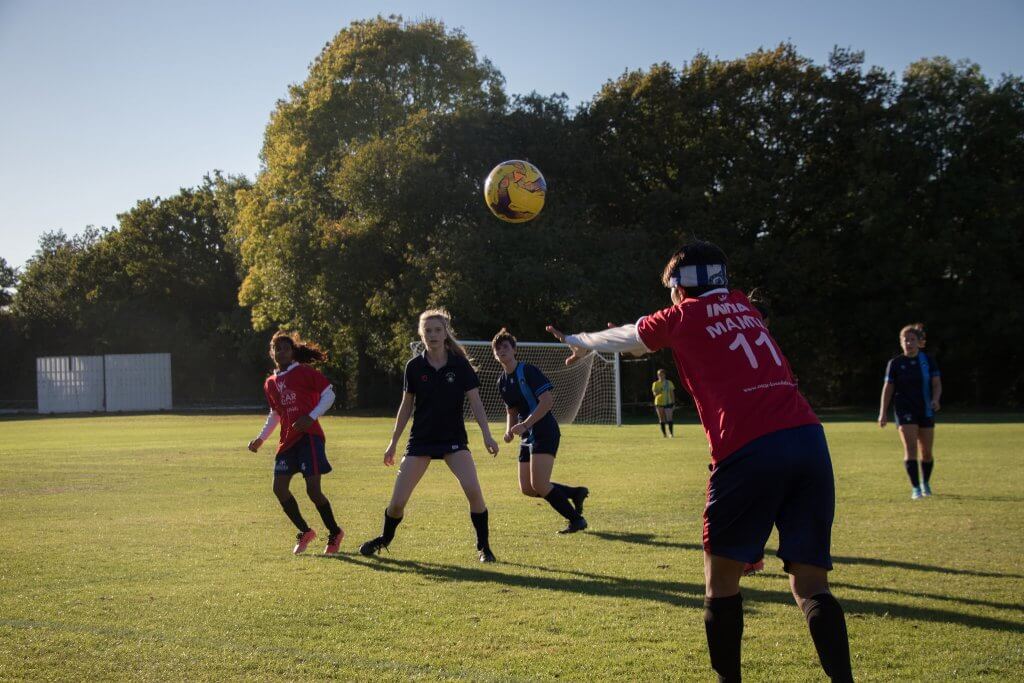