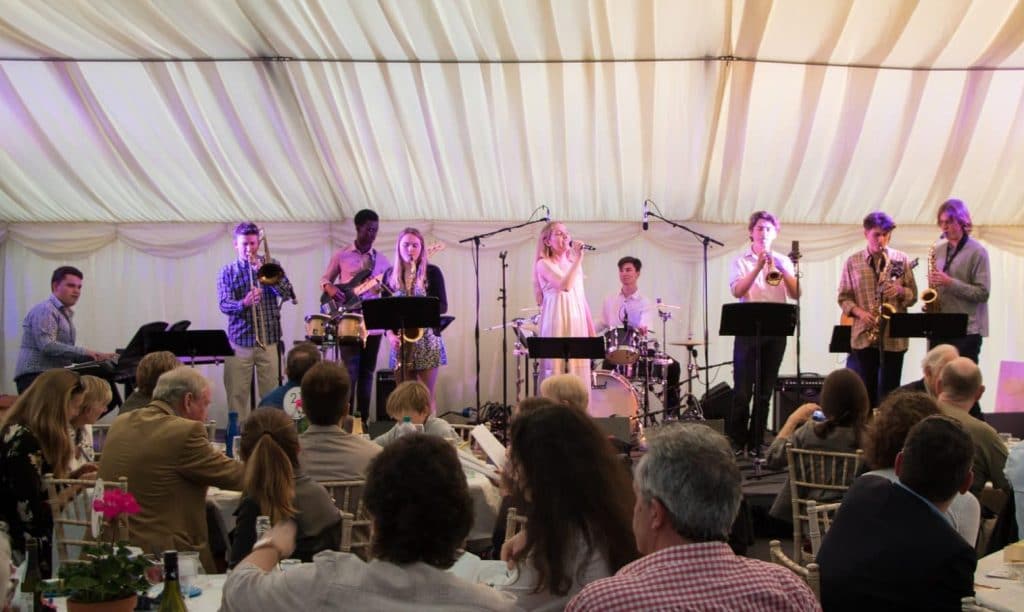 Thank you to everyone who supported another superb Jazz on a Summer’s Evening in the marquee raising a very generous £8,000 for Epilepsy Action.

The twelfth edition of the event showcased some of Bradfield’s best musical talent and featured performances from our Jazz Band and a number of vocalists across the Houses and year groups.

All proceeds from the event, including from the accompanying silent auction, raised money for Epilepsy Action. Among the prizes at this year’s event were a wine tasting with Sunday Times columnist Will Lyons and signed memorabilia from the 1998 World Cup.

This year’s charity, Epilepsy Action, was chosen in memory of former pupil Harry Percy who sadly passed away in October 2018 due to the condition, aged just 22.

Epilepsy Action aims to provide accessible epilepsy healthcare services so that people with epilepsy have the support they need to manage their condition.

During the interval, Tamsin, a young student currently studying History at university, gave a short talk about how she had been diagnosed with epilepsy four years ago, just before her IB examinations. She explained how the charity has supported her over the years, answering her worries and enabling her to lead a full life – despite the numerous fits she has had to cope with.

Thank you again to those who attended the event for supporting our young musicians and of course, for giving so generously to such a worthy cause.

Don’t worry if you missed the event, we have uploaded an edited live stream of the evening for you to watch at your leisure.