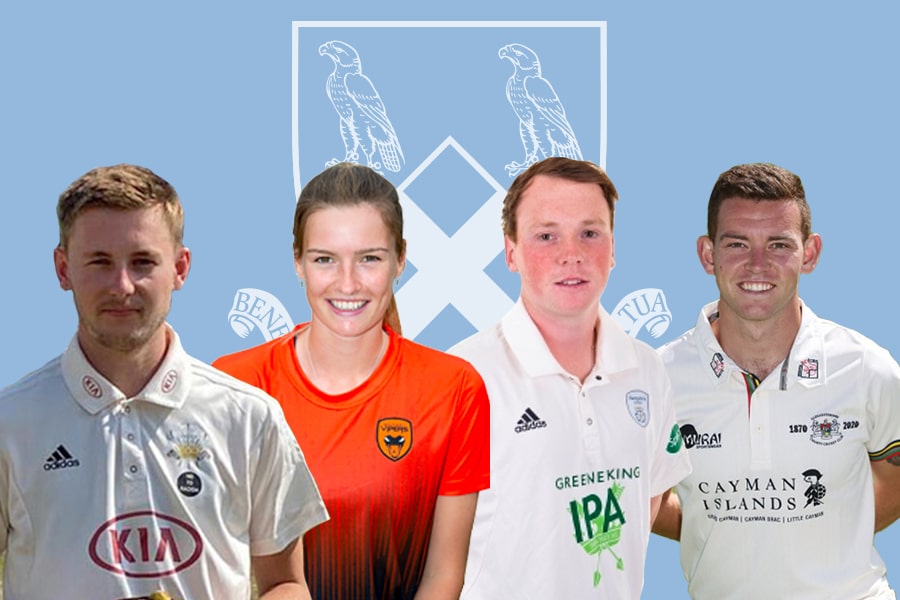 Here at Bradfield we aim to foster a lifelong love of cricket for all our pupils through our co-curricular provision delivered by our excellent team of coaches. In tandem with that we also provide a platform for our strongest cricketers to build a career within the sport and we are delighted to see that pay-off with four of our former pupils making an impact in first-class cricket this summer.

Gus Atkinson (A 11-16) made his first-class debut for Surrey in the Bob Willis Trophy in August and took his first wickets for his county, including that of former England captain Alastair Cook.

The Southern Vipers look on course to reach the final of the Rachael Heyhoe Flint Trophy with Lauren Bell (J 17-19) playing a pivotal role in two group victories. Building on her impressive performances last season Lauren has taken three wickets in her two games so far as an opening bowler.

Harry Came (D 12-16) has played a number of times for Hampshire this season with a stand-out performance coming against Sussex where he was his team’s top-scorer in the first innings.

Ryan Higgins (D 09-13) has continued to impress with both bat and ball for Gloucestershire. In a career-best performance he took 11 wickets in his side’s opening Bob Willis Trophy match, including an outstanding 7-wicket haul as well as a half century with the bat in the second innings, to secure victory against Warwickshire. He has also shown his versatility as a player, being ever-present in his side’s Vitality T20 Blast matches.