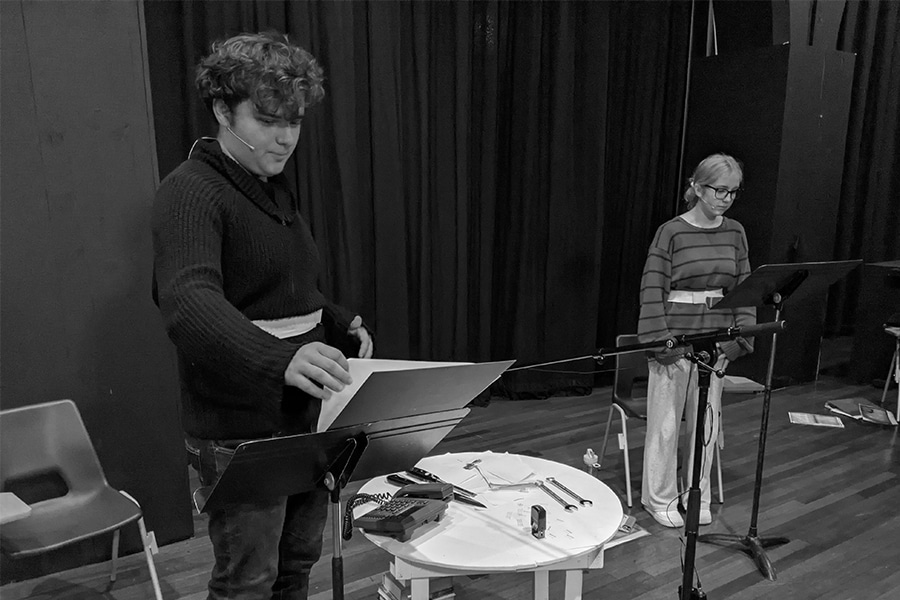 With the College unable to host live audiences for its annual productions in the current climate, the Drama Department decided to try something a little different this term and challenged pupils to recreate some of the most famous radio comedies of all time which were originally produced by alumnus Tony Hancock (G 37-39).

With the full cooperation of his Estate, our pupils have recorded versions of six episodes of Hancock’s Half Hour. Almost fifty pupils were keen to take part and directing duties were split equally between Head of Drama Nic Saunders, our newest Drama teacher Rosie Davies and Drama Graduate Assistant Alice Knott.

Each episode features an introduction by comedy historian Robert Ross recorded especially for these Bradfield recreations and will air to patients at The Royal Berkshire Hospital over the Christmas period on Hospital Radio.

You can tune in to Hospital Radio below
listen live here