“I have been going back and forth to Bradfield for thirty years. I guess I have not really left the place,” contemplates OB Marcus Liddell (G 82-86) as he recounts his journey from pupil to engaged alumnus to current parent. “What hasn’t changed is the family feel, only the way in which the school has gone about providing it. It’s been nice to go back as parents and meet the next generation of teachers as well as the next generation of pupils.”

Family is very much the theme of our conversation as Marcus’ daughter Ellie is currently in her final year at Bradfield. The pair are speaking to me from the family back garden through Teams, Microsoft’s communication and collaboration platform which has been at the heart of the College’s remote education strategy throughout the lockdown.

The sense of family and community resonates with Ellie as she outlines the College’s strengths witnessed through her own five-year journey. “We are one community and everyone gets along well together. It doesn’t feel pretentious at all, everyone is so approachable yet everyone has their own journey.”

We are one community and everyone gets along well together.

It is reassuring to know that the evolution of the College over three decades between their respective Bradfield careers has not dampened the community feel. On the contrary both believe it has strengthened it.

Since Marcus left as a pupil to forge a successful career as an educator himself, the College has expanded and modernised and also become fully co-educational. The addition of the latter is what makes their respective first years at school fundamentally different experiences. While Marcus went straight into his Senior boarding house, Ellie enjoyed the benefits of Faulkner’s, where all our Year 9 pupils live together for the entirety of their first year, something they advocate.

“If I had never been in Faulkner’s I would not have some of my closest friends now,” enthuses Ellie. “A lot of my friends are in other boarding houses so it is thanks to Faulkner’s that I was able to forge those friendships. Even now in the Sixth Form I am in classes with people that I have never shared a classroom with before but we all shared that first year experience. I might even struggle with their names if I had not met them back then.”

“Faulkner’s was a huge selling point for me as a parent; it really brings the year group together,” says Marcus. “When I was a pupil, the people who I would go across the crossroads with, I knew they were in my year group but had no idea of their names. We didn’t get that time for the whole year group to bond and I had not come across them because they weren’t sporty or in my boarding house or they were musical and I wasn’t.”

From the moment the pair begin to talk about their later Bradfield years the similarities become obvious. Both captained 1stXI sports teams, enjoyed their CCF experiences, were taught by Colin Burgess and both claim the Brewer is the social centre of boarding.

“The Brewer is the place for conversation,” says Ellie. “Everyone in the House gets along with each other, especially across the year groups, and the Brewer is a great place to make those connections, eating food and having great bonding time.”

Marcus’ face lights up at the memories of the G House Brewer. “I still have milky tea because of the brewer. By the time I got up to G House from the main College and boiled the kettle, which took a long time, I would get about three minutes to drink it, so I had to put in a lot of milk to cool it down. I still drink it that way.”

Sport played a pivotal role for both Ellie and Marcus, with the sports fields providing unrivalled opportunities to gain skills which proved useful in other areas of Bradfield life and beyond. The latter played hockey and captained the football 1stXI while the Ellie has enjoyed a stellar hockey career. She was voted Player of the Match appearing for an U15 team who finished as National Cup runners-up and became 1stXI captain earlier this academic year.

“The communication and interpersonal skills are priceless but sport also taught me that you have to give things a go to know if they work and to know how you can improve. I would never have tried public speaking or debating or joined the Digital Leaders Programme if I had not just given them a go, thinking ‘I won’t know how to improve if I never try it’.”

“Sport enabled me to meet like-minded people,” reflects Marcus. “It provided resilience and a determination to succeed and keep going which benefitted me in the classroom. That has taken me on into my teaching career where I have that same attitude; you give everything, you get everything.”

Bradfield was, and still is, a very nurturing establishment.

Teaching wasn’t always the plan for Marcus despite his current position as Director of Sport at Lambrook School. He explains that it was more happenstance as a result of not getting onto an accountancy course and deciding to undertake a gap year experience at his old Prep School while also putting it down to the way Bradfield shaped him as a person.

“Bradfield was, and still is, a very nurturing establishment. It instilled those core skills in me and I was always going to end up doing something people-orientated. I had a great experience on my gap year teaching a child who I helped to understand fractions. Having the adulation from achieving it is what keeps me driven, to have more experiences like that.”

The Covid-19 outbreak means Ellie is experiencing an abnormal end to her time at school. Cancelled A Levels have left her in an unusual position but she is continuing to engage with the College’s Remote Education offering by undertaking a number of university subject and language bridging programmes provided by the school.

Following in her father’s footsteps again could be on the cards as she admits a future in teaching is under consideration and credits Bradfield with fueling her passion for Sports Science.

“The College helped put me on the path to studying Sport and Exercise Science. I enjoyed PE A Level so much and I was able to explore the subject further during my Extended Project Qualification which I did on prosthetics in sport. I’m not sure what aspect of sport I want to go into yet, perhaps disability sports, but I’m also considering completing a PGCE at the end of my course. I help teach my brother with home learning which I really enjoy.”

Marcus has remained engaged with the Bradfield Society, regularly coming back for reunions and events where he echoes the sentiments at the beginning of our conversation, remarking that the Bradfield community feel never ceases.

“At one of the last events quite a few of my generation were there and it was amazing how quickly we fell back into it and got talking about characters. It was 30 years on but almost like we had never left the place. It was warm and reassuring that the community aspect was there.”

We hope Ellie, indeed all our pupils, continue to feel part of the community long after they leave Bradfield, just as her father has.

One Bradfield. Many Bradfieldians.
Bradfield College 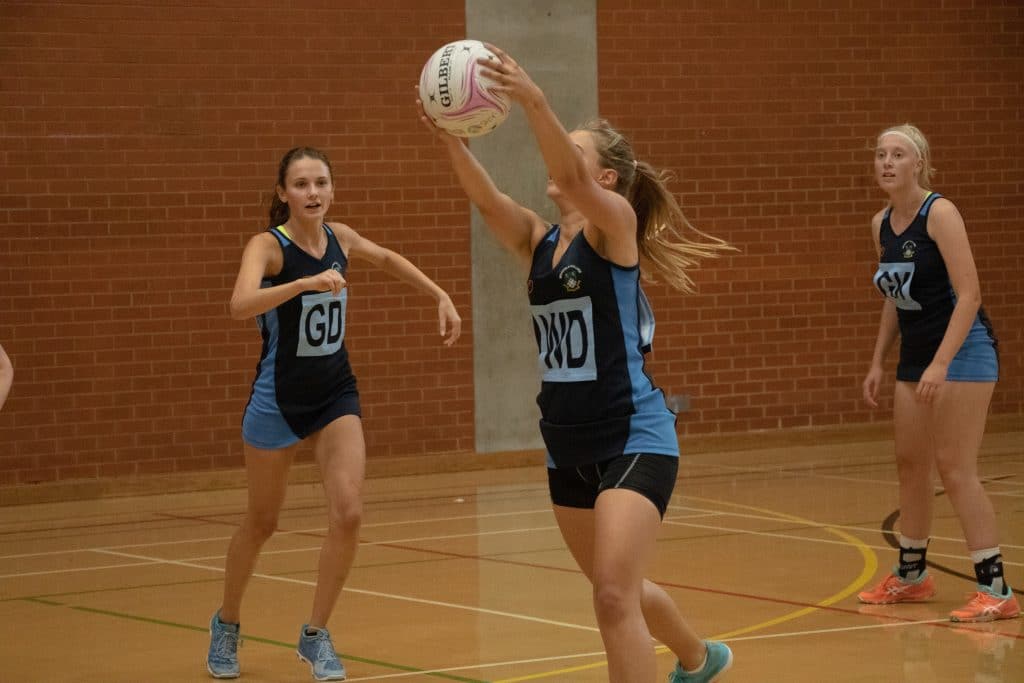