A Picture Paints a Thousand Words

The College is a place where individuality is cherished; as our pupils and staff often say, whilst there is one Bradfield, there are many Bradfieldians. As part of the recent Dining Hall refurbishment project, a selection of alumni portraits was selected to adorn the walls, telling stories of numerous career paths forged and celebrating their individuality. Roger Keeley discusses how current and future generations of Bradfieldians can draw inspiration from our former pupils as they prepare for their own lives beyond Bradfield.

I find it rather reassuring at the end of yet another superb school meal, perhaps having succumbed to temptation and polished off an irresistible chocolate mousse, to exit the main Dining Hall under the gaze of a member of one of the caring professions. Orthopaedic surgeon Rob Pollock (H 81-86) is one of a group of Old Bradfieldians, spanning the generations and a broad range of careers, who were asked to provide photographic portraits that capture themselves in their working environment.

Large format versions of these photos have now been displayed in this beautifully restored space, perhaps architecturally the most impressive room in Bradfield. Rob, whose photo shows him off duty but resplendent in his scrubs in the operating theatre, has made regular visits back to his old school, whether it be to run the Huxham ten-mile race or to give lectures to Sixth Form pupils about a working life in the medical profession. Every one of these portraits is a daily talking point among pupils and is a reminder that their Bradfield education will lead to them becoming OBs before eventually entering the world of work. It is an ongoing inspiration to aim high, as well as perhaps offering a moment to ponder that ‘this could be me’.

I am sure the great jazz guitarist John Etheridge (C 61-65) would not mind me revealing that he is the most senior OB represented and probably someone who will himself raise a smile at the thought that his portrait has replaced that of a former Headmaster! Having performed with such stellar names as Stephane Grappelli, he has more recently captivated Bradfield music-lovers with his unique combination of breathtaking playing, warmth of personality and infectious wit. Eve Niker (K 08-10) is a familiar face in Bradfield’s Bright Futures campaign, whose own bursary enabled her to attend the Sixth Form in 2008. She went on to study at the Royal Conservatoire of Scotland and RADA, which provided the perfect training to embark on her fledgling multifaceted career as an actor, singer, director and writer. Chris Scott (E 07-09) is a professional dancer whose photo shows him in action in a recent contemporary piece, although in December 2019 he was working full-time on a new Disney feature film. A highlight of Chris’ time as Senior Prefect must have been when one of those apocryphal stories about a Head Boy’s privileges came true – a goat (on loan for the occasion) was led down the central aisle of Chapel during an assembly and presented to Chris for him to tether on Quad!

Two of the photographs show OBs who have achieved sporting excellence. Cricketer Lauren Bell’s (J 17-19) skills as a seam bowler are represented in a dramatic photo of her appealing for a wicket in the colours of Southern Vipers. Lauren made a successful debut for Middlesex in 2019 and she is also a member of the England Women’s Academy and a name to watch. Nico de Boinville (H 02-07), on the other hand, did not pursue one of Bradfield’s impressive list of school sports, instead opting for a career in horse racing. He is a highly successful National Hunt jockey and his photo captures one of his proudest moments, winning the 2015 Cheltenham Gold Cup on Coneygree.

Wildlife photographer Bertie Gregory (G 06-11) was already passionate about his eventual career whilst a pupil at Bradfield and it was a frequent sight, when crossing Iron Bridge, to see him submerged in the Pang, capturing images of swans both above and below the waterline. Fast forward to 2020 and Bertie has made films for National Geographic, worked with Sir David Attenborough on BBC’s Seven Worlds, One Planet series as well as communicating his inspirational skills and enthusiasm ‘live’ to Bradfield audiences. Since her recent completion of a Diploma at the Barcelona Academy of Art, Lara Robinson (M 07-12) has returned to the UK to help initiate the art start-up MasterPeace, a new venture combining mindfulness with creative inspiration, as well as taking on commissioned portrait work and planning her first solo exhibition for early 2021. Fenella Watson (J 07-09) demonstrates similar artistic and entrepreneurial flair as a designer, silversmith and jeweller. She is currently based at South Hill Park Arts Centre where she is an artist in residence and tutor, whilst also offering commissions, a bespoke design service and an eye-catching online shop that stocks a range of items, from earrings to cufflinks to gin stirrers.

From her early days in student radio at the University of Manchester, Hattie Pearson (K 03-08) has worked her way from production to her current role as a presenter on Hits Radio, the only national commercial radio station in Manchester. In her invariably busy weeks, she also finds time for DJing, hosting events, doing voiceovers and acting as an ambassador for the charity Girls Out Loud which is dedicated to raising the aspirations of teenage girls throughout the UK. The portrait of chef and restaurateur Phil Howard (H 80-84), who has made a significant impact on London’s restaurant scene during his long and successful career, seems highly appropriate in this culinary environment. Phil has held Michelin stars for sustained periods of time, initially at The Square and more recently at his new eatery Elystan Street – all a long way from raising quails at Bradfield as part of his passion for Biology.

Portraits of two former members of B House sit next to each other on the Dining Hall wall. From being a member of the RAF section of the CCF at Bradfield, Simon Rawlins (B 92-97) eventually became a pilot in the Royal Navy, flying the iconic Harrier jump jet and clocking up over 400 flying hours in Afghanistan, including some high-risk attacks on Taliban strongholds during the conflict. Simon received an operational award for bravery in the face of enemy fire in 2008. At school he loved politics and gave a memorable speech in Quad impersonating Tony Blair during the run-up to the 1997 election!

The most poignant photograph and one that somehow encapsulates this whole Portrait Project is that of Olly Vick (B 87-92), whose selfless life was summed up in an eloquent obituary written by his B House friend James Polansky (B 88-93), extracts of which are referenced here: At Bradfield, Olly’s positivity and energy shone through. Olly was a fantastic leader as Head of House. He had a great respect and empathy for others, no matter their age or background. Olly epitomised diversity and inclusivity in an age when those words were barely mentioned. After a Geography degree at Newcastle he joined the United Nations in 2001 as a volunteer in East Timor which proved to be the start of an exciting and influential 18-year career with the UN, many of them as a Peace Negotiator, that fulfilled his yearning to be a force for good in the world. His postings took him to Afghanistan, Iraq, Thailand, Nepal, Liberia and latterly Somalia where he was in charge of crisis management. Olly died on March 10, 2019 when Ethiopian Airlines Flight 302 from Addis Ababa crashed shortly after take-off.

I am confident that these portraits will be an inspiration to the current and future generations of Bradfieldians as they prepare to embark on their own individual quests, as Olly Vick did so courageously, to make the world a better place. 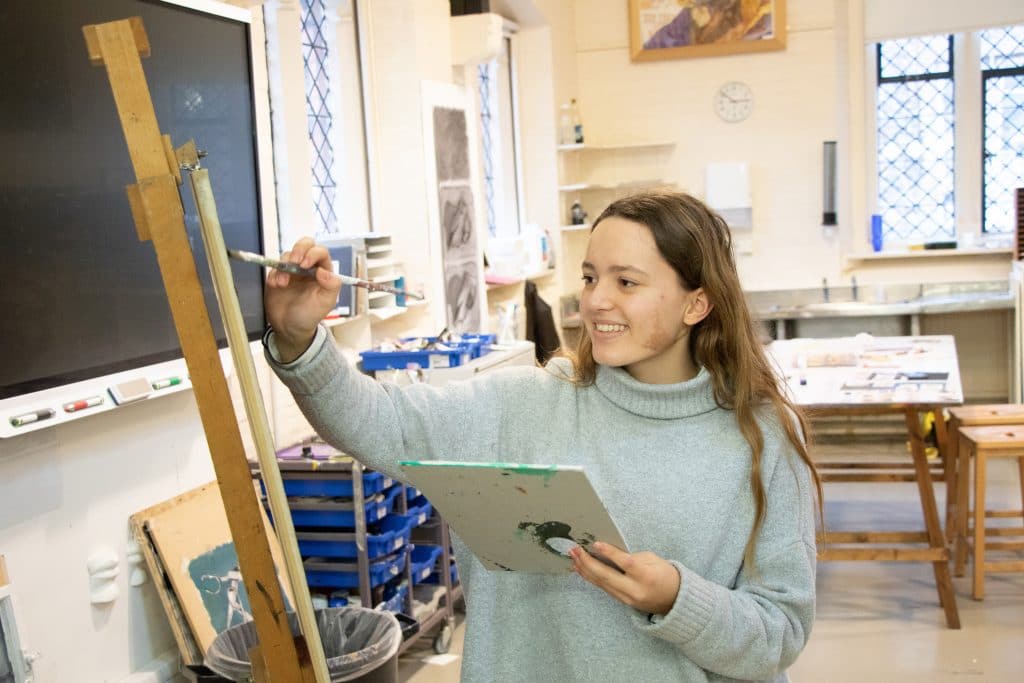 One Bradfield. Many Bradfieldians.
Bradfield College

"Never in the field of human conflict was so much owed by so many to so few."