It’s mid-Spring 2020 but in typical British fashion, grey clouds gather overhead and rain is teeming down. Usually bustling with theatregoers, the intersection of Shaftesbury Avenue and Wardour Street is almost deserted but for a seemingly solitary figure looking at shuttered store fronts from under his umbrella.

Another occupant of the street has been patiently waiting for someone, anyone, to appear. Everything comes together in that moment and, seeing the lone man framed by the vibrant red of an old phone box, photographer Tony Brown (G 77-81) presses the shutter.

“It was odd and upsetting seeing the capital so empty,” says the Old Bradfieldian, “but I battled through the rain and eventually spotted the heavily graffitied phone box. I knew it would make a great frame for a shot. I waited nearly half an hour before someone came in to view, luckily the man coming towards me fitted my shot perfectly, and, with rain-soaked hands, I managed to get six or seven shots of him in the short time available.”

THAT’S WHAT I LOVE ABOUT PHOTOGRAPHY; WHEN MOMENTS COME TOGETHER.

Months later, that photo was shortlisted as one of ten finalists from over 5000 global entries in the prestigious Production Paradise Spotlight Awards. It’s a spectacular image, encapsulating the mood of a nation coming to grips with the unknown.

“I felt compelled to do something positive and at the same time explore just how deserted things were,” says Tony, discussing his Soho in Lockdown photo series which he shot as Britain shuddered to a halt during the first wave on the pandemic. “That’s what I love about photography; when moments come together and you just know that the composition and the expression is right. I was hoping to capture the emptiness and eeriness of Soho, so I deliberately chose to shoot when the weather was terrible. The grey skies and general misery perfectly framed the subject matter.”

Tony had spent the day scouting out possible locations to shoot from, surrounded by a near-apocalyptic vision of boarded up shops and empty streets. It was weeks before face masks were mandated and the few people he encountered were wearing all manner of face coverings. It’s this that makes some of the images in the collection so stark.

“I captured a woman wearing a gas mask and bright yellow Wellington boots walking past the boarded-up shops; it was almost surreal. Several of the images from the day’s shoot were sold to national press agencies whilst as a result of the competition exposure, the iconic phone box shot is selling as a limited edition.”

Looking back over a near 30-year career as a commercial photographer, Tony reflects on his journey from House-on-the-Hill boy to professional visual storyteller. With no Photography qualification on offer at Bradfield at the time, a career in it wasn’t something he had considered possible.

“I remember doing black and white photography as part of one of the Sciences and I was really into lighting and the creation of images, but it was more behind the stage than the camera that my interest lay.” 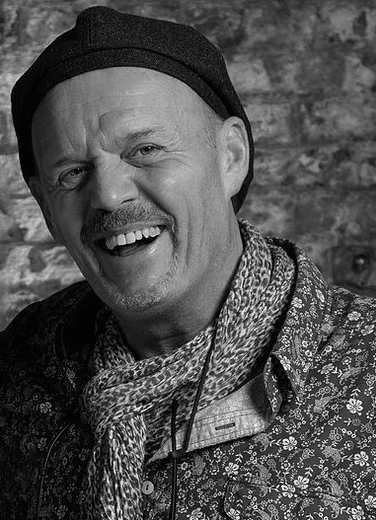 Charles was a huge influence on me. It didn’t matter if you were in his class, in his production or not, he was encouraging of everybody. He just exuded positivity.

Tony got involved behind the scenes wherever he could, most notably with Oedipus in 1979 and The Merchant of Venice in his final year. Both plays were directed by Bradfield legend Charles Lepper and working with the late teacher is something he remembers fondly. Those experiences were certainly a factor in his decision to pursue a degree in Stage Management after Bradfield.

“Charles was a huge influence on me. It didn’t matter if you were in his class, in his production or not, he was encouraging of everybody. He just exuded positivity.”

Having gained an acceptance in principle to study at the Central School of Speech and Drama, Tony spent a Gap Year teaching at a Prep School while waiting to see whether his application for an Arts grant would succeed, which would have enabled him to take up the Stage Management degree. Sadly, it wasn’t meant to be so, acting on the advice of a close friend, he took a step in a completely different career direction.

“I joined the police,” Tony explains. “I enjoyed my five years in that job, but it got to a point where I just thought I couldn’t do it for the next 30 years. I just felt it was too stifling and restrictive.”

EVERY FRAME COST MONEY. I WAS ACUTELY AWARE OF HAVING TO GET IT RIGHT.

Looking for another change of scenery, he got a job as a Tour Guide in Greece and it was at this point that Tony made his first post-Bradfield foray into the world of photography.

“I bought my first proper camera from a friend who had tried to take up photography but never really got into it. She offered me her Olympus camera for next to nothing, so I bought it and never looked back.”

He spent the next three winters travelling Europe and Northern Africa while teaching himself photography and improving all the time before flying halfway across the world for his next adventure.

Initially going to Sydney for the wedding of a Bradfield contemporary, Tony landed an apprenticeship with a Commercial Photographer before completing a Photojournalism Correspondence course with the Bureau of Freelance Photographers. The job was a very different beast back then, one which was far more unforgiving.

“In those days we shot on transparency, on film, which was totally unforgiving. My default setting since then has been to go easy on the shutter button. That’s the way I was taught because every frame cost money. You knew if you burnt film that you couldn’t just delete it and start again. If you underexposed, then the photos were un-recoverable and if you messed up that was really it. I was acutely aware of having to get it right before I started committing shots to film because it was expensive.”

I STILL GET AS MUCH OF A BUZZ OUT OF IT NOW AS I EVER DID.

It is a very different set of skills than the ones possessed by many of today’s photographers whose mastery of postproduction software is their biggest strength. For Tony, the real thrill lies in getting everything right: the lighting, the composition, the exposure, and it is those moments he still enjoys most.

“The excitement I get from photography is when everything comes together in one frame. As Henri Cartier-Bresson used to say it’s about ‘Capturing the moment’ and that is what I love. I am lucky to have been sent on commissions all over the world and I still get as much of a buzz from it as I ever did.” 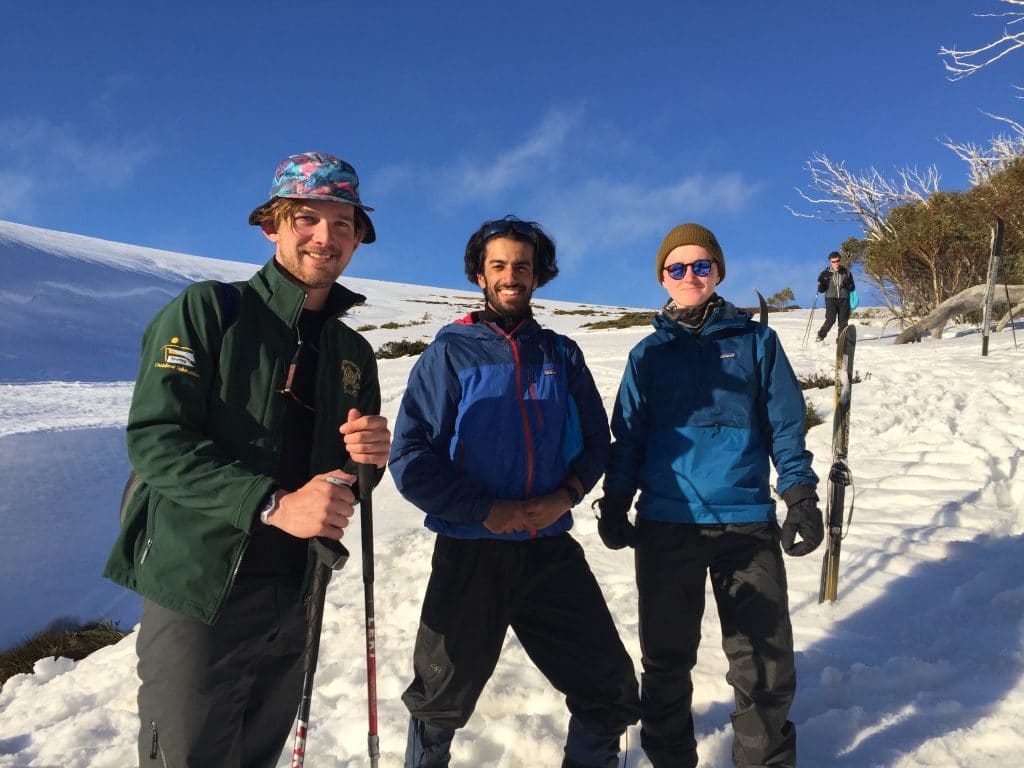 My Year in Australia
Bradfield College