My Time with the Trucial Oman Scouts

Like his father and grandfather before him, OB David Stewart (H 49-53) joined the 1st Battalion Royal Inniskilling Fusiliers in search of global adventure, but it was his secondment to the Trucial Oman Scouts that delivered the brief. Here David recalls his experiences as a Junior Officer in 1957 during the Jebel War.

After leaving Bradfield, I joined the British Army and, following training at Eaton Hall and the Royal Military Academy Sandhurst, I commissioned into the 1st Battalion Royal Inniskilling Fusiliers, following in the footsteps of my father, grandfather and several great uncles. By the time I commissioned, the Inniskillings were the demonstration Battalion at the School of Infantry in Warminster, showing trainees ‘model’ demonstrations of various military manoeuvres. It was a dull role and certainly nothing like those held by my forebears who fought on the frontiers of India in the defence of the ‘Jewel of the Empire’. I duly applied for every foreign army posting that I could think of but was turned down repeatedly due to my youth and inexperience.

Incidentally, committing a social faux pas proved a turning point in my luck and I received a rapid posting to the Trucial Oman Scouts (TOS), based in the modern-day United Arab Emirates. They were a small unit of local Arab troops, ‘jundee’, led by British Officers, the more senior of whom had held positions in the Indian Army following disbandment in 1948.

The TOS operated in support of the Sultan of Muscat Armed Forces (SAF) in complex action that was part insurgency part civil war, and locally referred to as the ‘Jebel War’. The action manifested as a tribal uprising led by separatist Sheikhs in Oman’s interior, against the Sultan of Muscat and Oman, in the name of Oman’s traditional spiritual and secular ruler, the Imam. The separatists’ war cry was that it was their patriotic duty to either throw off the rule of the Sultan, a British client, and restore Oman’s traditional system of rule, or secede and follow their own path. They were, however, being manipulated as the conflict was a proxy war against the British led by President Nasser of Egypt and King Saud of Saudi Arabia1. Our role, defending British interests in the region, was therefore an important one and one of which I was proud to be a part.

Upon arrival, I immediately felt at home in my new unit. The Senior Officers were a motley crew yet friendly and welcoming. They were wonderful with the jundee, yet, whilst their desert and mountain experience were second to none, they were not at all au fait with the latest weaponry. The younger officers were like me, in search of a more adventurous life than their regiments could offer and the TOS certainly delivered on that. We were thrown in at the deep end with few comforts and lots of responsibility and I, for one, thrived on it.

My first role was Force Training Officer overseeing recruits at Wadi Quor, a makeshift camp in the middle of the desert. The recruits were mostly Bedouin and, owing to their nomadic way of life, had no perception of military discipline. Orders, as opposed to being acted upon instantly, became topics of detailed discussion, yet everything was done in the end. My assimilation into Arab culture was greatly assisted by my Adeni interpreter Lieutenant or ‘Mulazim’ Saleh, and, stuck out in the middle of the desert with 150 jundee, I learnt the rudiments of Arabic necessary in my role.

After six weeks I was reappointed as Second in Command of D Squadron at Jahili Fort in the Buraimi Oasis and my duties included training and patrolling the oasis where there had been an unsuccessful Saudi incursion the previous year. Whilst there word filtered down about a situation brewing in the interior of Oman where the Imam was carrying out raids on the villages around Nizwa. The SAF had proven ineffective at quelling this issue so the Sultan requested TOS assistance. We were to be involved!

I was ordered to set up a Tactical HQ in Ibri, in preparation for the arrival of two Squadrons of TOS and a support weapons company of Cameronians. Once established, as a Junior Officer, I had very little expertise to offer, so I passed messages between the various planning groups who were devising how best to advance upon and recapture Nizwa. The ‘Order of March’ was to be SAF in the lead, for political reasons, followed by TOS, followed by the Cameronians, who would act as the ultimate backstop.

We were warned to expect resistance and I recall feeling trepidation as to what fate would bring. After the initial frisson of fear, I became more concerned about how I would conduct myself the first time I came under fire. Would I set a good example? Thankfully my fears were unfounded, D Sqn were up for a scrap! They piled into the ‘three tonners’ brandishing their rifles and chanting as we charged across the plain. About 600yds away from a feature later called ‘Crown Hill’ the crack of passing bullets started; it was just like being in the butts on a rifle range! The fire was highly inaccurate, but our jundee were rather over-excited and loosed off many rounds in return before we were able to regain control of them and everything calmed.

D Sqn were now in an ‘advance to contact’ towards the hill. There was no cover apart from a date plantation and the Sqn were therefore forced to traverse the open ground. Here my role in the demonstration battalion came into its own as it transpired that I was the only person able to fire the 2” mortar. I duly put down a smoke screen which enabled the Sqn to advance without taking casualties. Sporadic fire continued and we started taking hits with one of the jundee being fatally injured. Reports came back of a sniper hiding in a mosque minaret within the plantation.

From somewhere a 3.5” rocket launcher appeared and I was again volunteered as the expert, tasked with neutralising the sniper. Slight snag, there was only one rocket available. Undeterred, with a fiery Scotsman as my loader, we ran across to the plantation, edged our way to the front line and took up a fire position by a low mud wall. We didn’t know whether to worry more about the fire from in front or from behind. After a quick course of instruction, we loaded up and sighted. We spotted the target but at 300yds it was further than the effective range of the launcher. Nothing better to be done, on maximum elevation I fired our single rocket and hoped for the best. There followed a satisfying explosion, so we packed up and ran back through the palms. When D Sqn later advanced through the grove they found a dead donkey in the vicinity of the explosion. Not my proudest moment!

The fire fight continued sporadically for the remainder of the day until the Cameronian’s support weapons were deployed and persuaded the enemy to abandon Crown Hill. We then advanced on to Nizwa without any serious opposition and eventually took possession of Nizwa Fort, the Headquarters of the Imam of Oman. I was ordered to occupy and picket the fort for the night with about a dozen jundee and Mulazim Faisal. We passed a relatively quiet night in very eerie surroundings, interrupted only by attending to some wounded rebels who were brought to the fort for treatment. Afterwards I was told that I was the first European to overnight in the fort, let alone take possession of it!

The Imam and his men made their escape up into the Jebel, so a few days later we handed over our gains to the SAF and withdrew. Tanuf Fort was blown up by our sappers (engineers), under the instruction of SAF, as an example to show any doubters that the Sultan was back in control.

My military career was also to take me to Kuwait, Kenya, Germany and Cyprus, but I remember my time with the TOS particularly fondly and I am proud to be Honorary President of the TOS Association. We have returned to the region on several occasions at the invitation of the UAE and Oman governments; their transformation from poor desert states to rich nations is radical. They thank us for helping to bring about this prosperity and they hosted us royally in tribute to our service. On a particularly memorable visit hosted by Oman we ‘refought’ the battle around Crown Hill and I was able to stand on the spot from where I fired my single hopeful rocket. Mulazim Faisal, now a Sheikh, took great pleasure in gently reminding me of the result! I enjoy this good-natured ‘banter’ which is a real hallmark of the bond between those who served together. 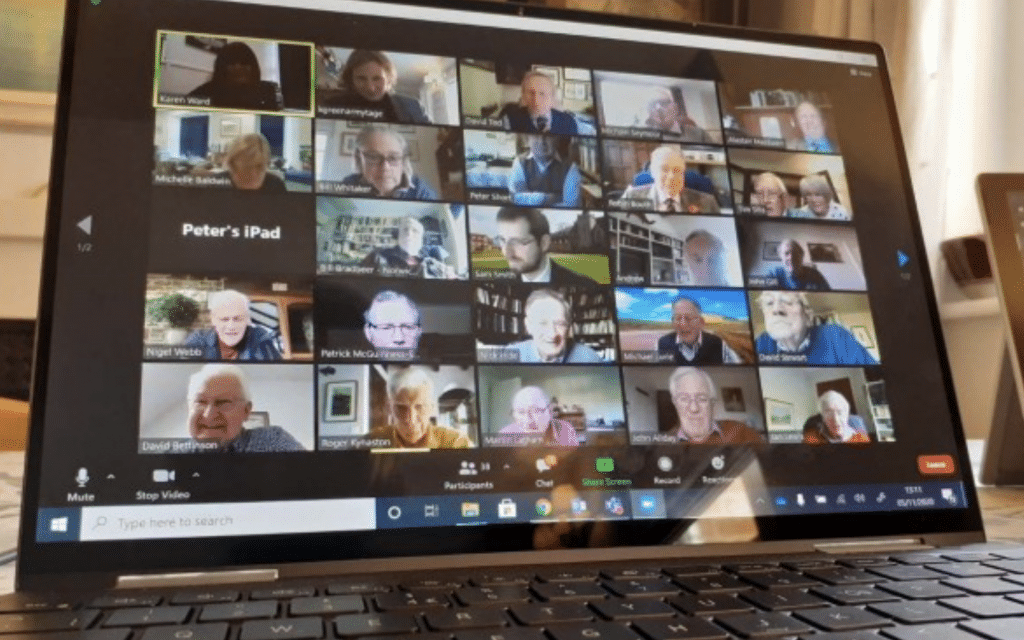