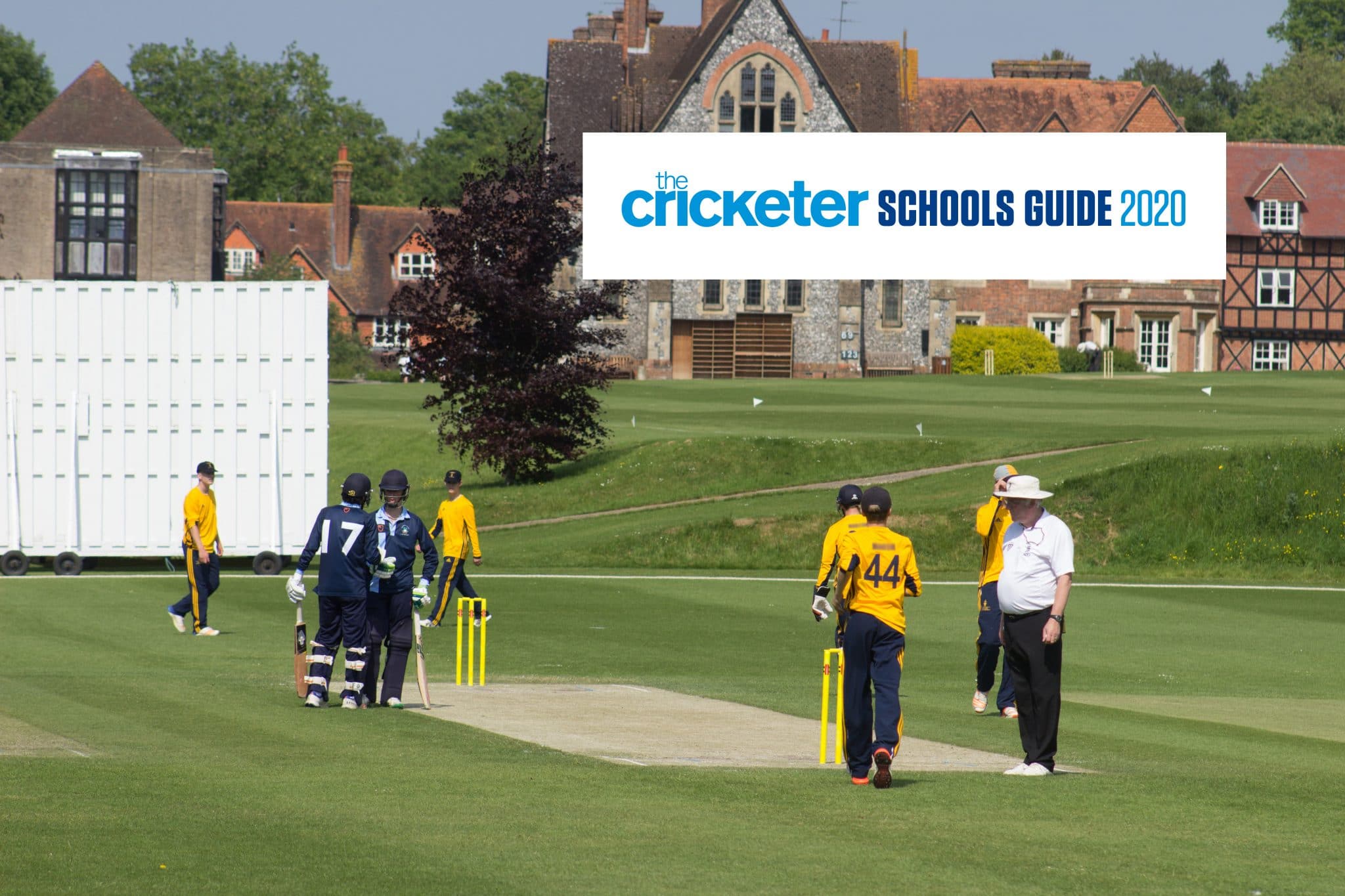 Bradfield College is once again delighted to have been named one of the top 100 senior schools in the country for cricket in The Cricketer Schools Guide 2020 by The Cricketer magazine.

Now in it’s fifth year, the Schools Guide lists the top 100 senior and top 50 prep schools in the United Kingdom – public, grammar and state. A record number of schools submitted entries to be included in the guide. All entries were judged against an extensive set of criteria, which included a compelling commitment to cricket in their curriculum, facilities, fixture programmes and coaching.

“The Schools Guide is, as ever, a fantastic publication that celebrates schools cricket and gives deserved praise to all those teachers and coaches who put in the hard work to develop our future club, county and international cricketers. Having watched many schools matches this summer I am pleased to report that the standard of cricket programmes and the level of passion for the game is as high as ever. Congratulations to all of the schools included and I look forward to hearing about all of your future successes.”

This recognition is well deserved following a number of successes for our current pupils and alumni.

The U15s in particular had a very encouraging season, being crowned South West Regional Champions before narrowly losing their national T20 semi final at Arundel.

In alumni news, Ryan Higgins (D 09-13) had an outstanding year in the County Championship Second Division with Gloucestershire. The all-rounder scored 958 runs at an average of just under 60 and took 50 wickets at under 24 runs apiece.

His outstanding form saw him nominated for the prestigious NatWest PCA Players’ Player of the Year award and get picked up for £75,000 in The Hundred draft by Welsh Fire for 2020’s inaugural tournament.

Recent leaver Lauren Bell (J 17-19) has continued her rapid rise in the women’s game putting in a starring performance for Kia Super League side Southern Vipers on Finals Day at Hove. She has also been named in the England Women’s 2019/20 Academy, boosting her chances of transitioning to the full senior squad.

The 2019/20 season also saw lots of Bradfield representation across the Second XI County Championship for Surrey, Hampshire and Kent.