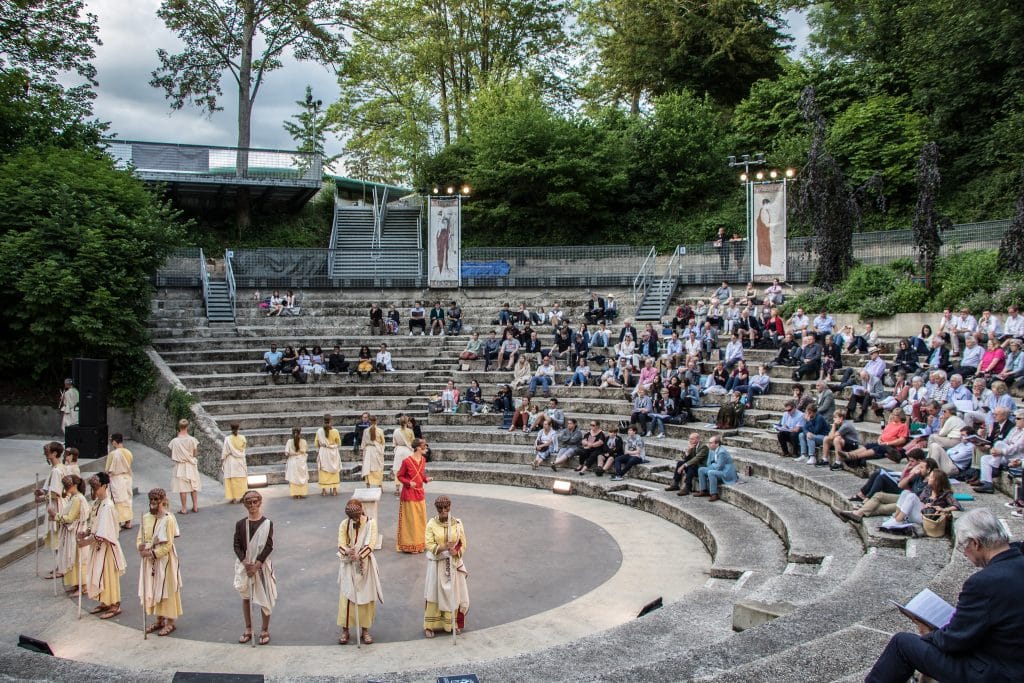 Bradfield continued its 130-year-old tradition of performing a Greek Play in Ancient Greek with four performances of Alcestis in the Greek Theatre.

This year’s production was the College’s 40th in its history, while Alcestis was also the first Greek play ever performed at Bradfield. Performed just two years after Persae 2017, Alcestis 2019 also brought us into back into line with the Oxford–Bradfield-Cambridge triennial.

Congratulations must go to Director Polly Caffrey whose tireless work throughout the year ensured a truly excellent production along with all those who worked incredibly hard behind the scenes.

Thank you again to Professor Armand D’Angour of Jesus College, University of Oxford for creating the music especially for this production and to Barnaby Brown for his masterful playing of the double aulos.

The biggest thank you however must go to our pupils who have worked so hard over the past few months to deliver such a fantastic performance in the language, rhythms and music of Classical Greek – an incredible achievement at any stage of their studies.