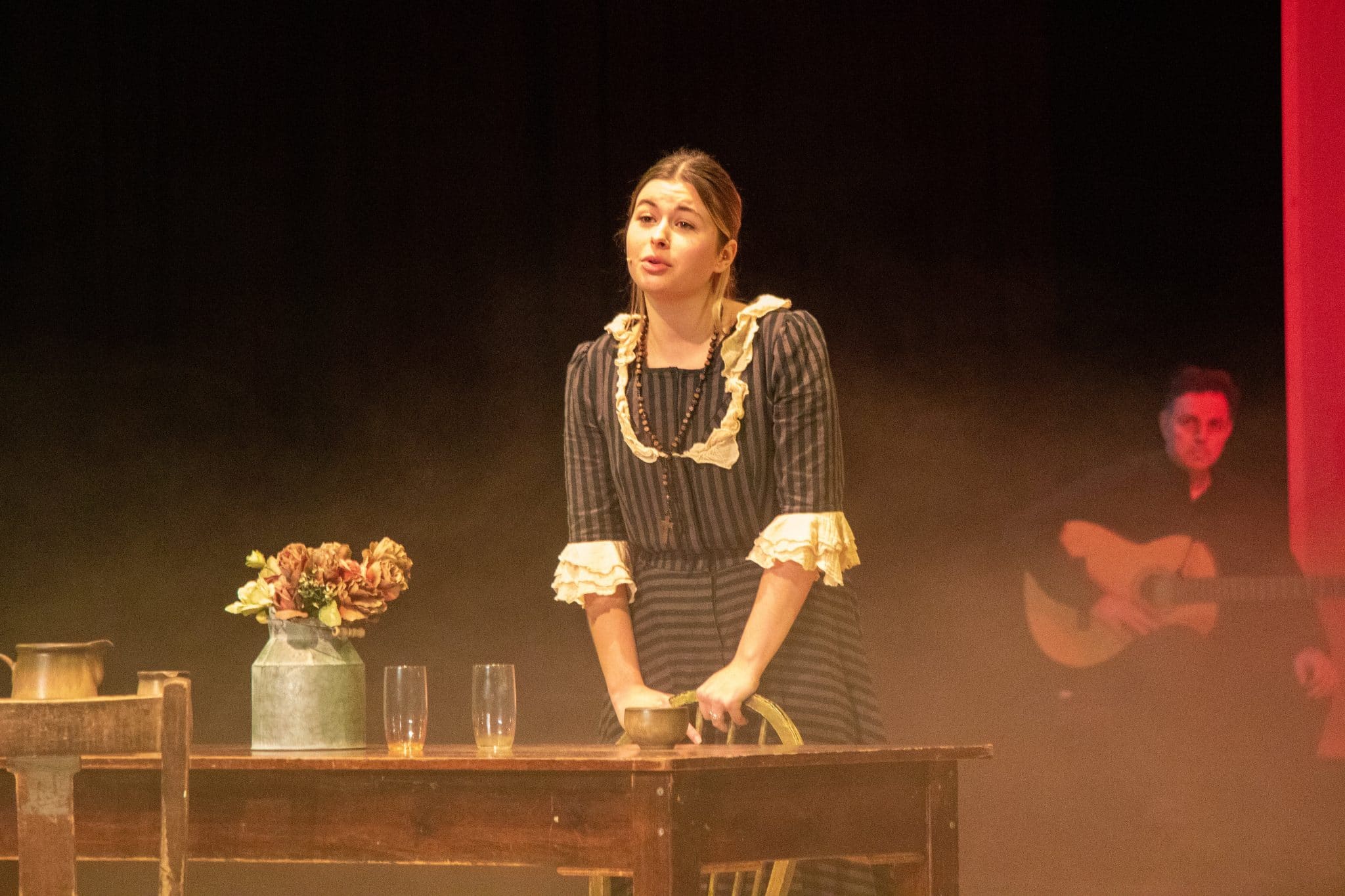 This academic year’s drama calendar kicked off with three performances of Federico Garcia Lorca’s Yerma, in the Old Gym.

The second play in Lorca’s celebrated ‘Rural Trilogy’, Yerma tells the story of a childless woman living in rural Spain. Her desperate desire for motherhood becomes an obsession that eventually drives her to commit a horrific crime.

Yerma is widely regarded as the best of the three with much of the play rooted in Lorca’s own life. The first play of the trilogy, Blood Wedding, was performed by our pupils last academic year in the Sunken Garden and then on tour in Spain.

Yerma deals with the themes of isolation, passion, and frustration but also the underlying themes of nature, marriage, jealousy, and friendship. Social conventions of the period also play a large part in the play’s plot.

In his plays, Lorca aimed to avoid the fuss and clutter of Naturalism and instead, embrace empty spaces, colour, music, song, poetry and feelings. The stripped down and minimalist set in the Old Gym was an attempt to stage the play as he would have intended.

Thank you to the cast for their compelling performances and thank you to Flamenco Guitarist, Ramon Ruiz and Flamenco Dancers Lourdes Fernandez and Carlos Otero, who brought an authentic sense of Spain to the production.