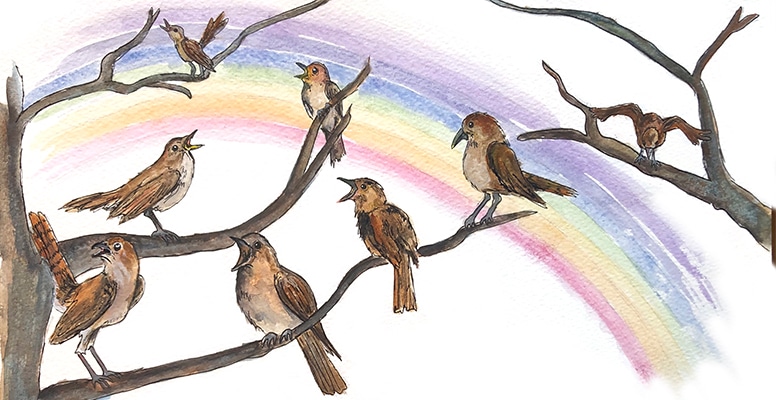 Launched today, all proceeds from The Nightingales’ Song will go to NHS Charities Together. The idea for the story came about following the cancellation of pupils’ A Levels and a chance conversation with Nightingale Hospital lead clinician James Calder who normally treats many of the sports stars featured in the book.

The ebook, published by leading mental health and wellbeing publisher Trigger Publishing, is available from today to purchase from all major e-retailers, including Amazon, Google Play Store and Apple Books.

See the full press release below. 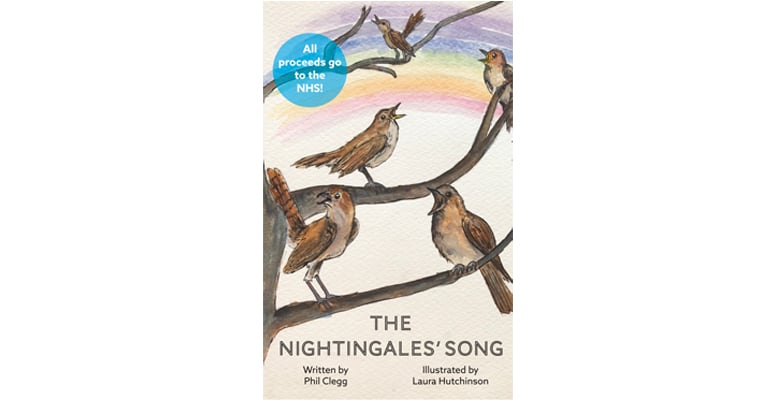 The Nightingales’ Song (£3.99, Upside Down Books/Trigger Publishing, ages 5+) is an enchanting illustrated e-book written by Head of Sixth Form Phil Clegg, who came up with the idea after his pupils’ A Levels this summer were cancelled due to coronavirus.

The idea crystallised after a chance conversation with Prof. James Calder, lead clinician at the Nightingale NHS Hospital, London and, with the help and support of Professor Calder, he recruited some of the UK’s biggest sports stars onto the project.

Phil, who teaches at Bradfield College, explained: “I was tasked with creating a bridging programme for the Upper Sixth in what would have been their final term, and started wondering how they would look back on this period in years to come and thought they should ask themselves the question ‘what had they done during this time’. I was then forced to ask myself the same question and, having written for children on numerous occasions before, I started thinking about the sort of story that would allow younger children to understand what is happening now and to reflect on it in the future.

“At the same time I happened to see James Calder on TV in his role as lead clinician at the London Nightingale Hospital – we’ve been mates for years, so I got in touch one evening to catch up, and everything fell into place: a story about a nightingale that somehow saves the world.

“The fact James has operated on numerous sports stars’ ankles made contacting them and their friends relatively simple, and their willingness to support the project has been brilliant.”

The beautifully illustrated short story takes its lead from classic children’s author and illustrator Beatrix Potter, and tells the tale of the Nightingales, the underdog team in football, cricket and rugby as they play against the Badgers, the Bucks, and the Squirrels in the Champions’ Cup. In order to improve, Ed Nightingale seeks the advice of some real world sporting talents.

The Nightingales take this advice on board and perform better than they ever have, but are still not quite good enough to win the cup. Then, before the final awards ceremony, a storm strikes that puts everything at risk. Working as a team, with advice from the sporting legends, the Nightingales’ song calms the storm and, as a rainbow appears, all can celebrate.

Jordan Henderson said: “These are difficult times for families everywhere, and we all have to keep believing that we will come out together the other side.  The Nightingales’ Song is a story of hope, and it helps demonstrate to children that when we work as a team, we can get through any hardship.  Without wanting to give away the ending, the song itself calms the storm until a rainbow appears, and that chimes with the messages of support we’re seeing in windows all over the country from children for the NHS.  I am proud to be supporting this worthy cause.”

Jack Wilshere said: “As the dad of four young children, I know just how important storytelling is for creating childhood memories, while sport brings people together, no matter their background or ability. This book weaves these two important concepts together in a powerful way, and I’m delighted to be in a position to help support it.  Alongside that, I’m actually in the story and I can’t wait to show my kids.”

Prof. James Calder added: “In this story, the Nightingales show what can be achieved when the odds are stacked against them and they have to work together as one team. Ultimately, it leads to the rediscovery of kindness, lessons learned and a win in the face of adversity. That is the story of every sports match but so, too, it is what we will learn from this pandemic.

“It is no surprise this book has attracted the support and involvement of top athletes Jordan Henderson, Danny Welbeck, Jack Wilshere, George Kruis, Anthony Watson, Tom Curry, Mark Wood, Danni Wyatt and Joe Root. It is a story that, like sport, will bring people together.

“The Nightingales’ Song is a beautiful and very necessary story for these difficult times. The book will also raise money to support an institution that has had to re-invent itself at unbelievable speed – the NHS.”

Ellie Orton, chief executive, NHS Charities Together, said: “I love this book because it will inspire children to get into sport while helping to raise money that will support NHS staff, volunteers and patients dealing with the COVID crisis. I’m really grateful to Phil for pouring such creativity into this as well as the contributions from so many other amazing people, and I really hope it raises some vital funds for our appeal.”

The illustrations in the e-book are by Kenyan wildlife artist Laura Hutchinson, who was working with Phil on another book project when he suggested The Nightingales’ Song and she was delighted to get involved.

Phil, a finalist with England in the 2016 Over-45s Hockey World Cup in Australia, says he hopes a physical edition of the book will be available soon.

The Nightingales’ Song by Phil Clegg, with illustrations by Laura Hutchinson, £3.99, for ages 5+, published by Upside Down Books/Trigger Publishing, is available today from all major e-retailers, including Amazon, Google Play Store and Apple Books.

Author Phil Clegg began his career as a teacher and is now one again, currently Head of Sixth Form at Bradfield College in Berkshire. His love of sport and education took him through a series of projects in between, one of which earned a BAFTA. 2012 saw him overseeing digital aspects of the London Olympic and Paralympic Games’ Education Programme. After this Olympian effort, he returned to frontline teaching, but still finds time for other projects. His latest, and by far most important, project is working with illustrator Laura Hutchinson on The Nightingales’ Song to raise money for the NHS.

Laura Hutchinson grew up in western Kenya, and is currently studying at Durham University. She specializes in watercolours of African wildlife, manipulating the usually very forgiving medium to create refined and life like impressions of animals. She is currently illustrating a book by Phil Clegg featuring a young buffalo that travels to America by parrot-powered air to seek help for his struggling herd in Africa. Temporarily exchanging African animals for some of Britain’s wildlife, Laura put this project on hold to get involved with Ed and his team and support the NHS.

Upside Down Books, the brand-new children’s imprint of independent publisher Trigger Publishing, publishes fiction and non-fiction books for children which encourage conversation around mental health and wellbeing. Our titles promote positivity, emotional intelligence and mindfulness for children, whilst being beautiful, age-appropriate and, most of all…enjoyable! Please see here for the latest catalogue from Trigger.  Instagram: @triggerpub / Twitter: @TriggerPub