Following the release of results on 5 July, the IB Organisation (IBO) listened carefully to the concerns of pupils and their families and to the evidence presented by schools worldwide. Flaws in the grading mechanism were highlighted and as a consequence the IBO made appropriate adjustments, generating scores far more in line with the ability of a strong, committed cohort.

Pupils’ achievements see the vast majority secure places at top universities both in the UK and abroad, and aggregate to average 36 (out of 45) points. Over a quarter of the cohort scored 39 points and above and 89% of pupils scored between 5 and 7 points in all of their subjects. These are impressive feats, earned amidst the uncertainty caused by the cancellation of examinations in May. Special mention goes to Holly having been awarded a hugely impressive but well-deserved 44 points, and to Charlotte with an excellent 43 points total. Jack, Christina, Ben, Rosa, Cecilia and Amelie all scored 40 points or over.

We are delighted to report that 82% of the cohort have had their places confirmed at either their first or second choice university where pupils will read degrees such as Biochemistry, Psychology, History, Law, Geography and Business Management.

Our leavers this year are headed far and wide. The most popular UK universities include Edinburgh (5), St Andrew’s, Imperial, Durham (2), Bristol (2), KCL (2), Nottingham, Newcastle, York and, ever popular among Bradfield pupils, Exeter (7). 70% of the cohort will attend Russell Group universities and 90% will be at Sutton Trust ‘Top 30’ universities. Overseas, pupils head to McGill in Canada and the University of California, Los Angeles.

It has been a difficult and anxious journey for many of this year’s pupils. We congratulate them all and wish them the best of luck as they explore the world beyond Bradfield.

Happily, this year’s A Level results have seen over 90% of our candidates gain places at their chosen universities and many gain grades of which they will justifiably be proud. We are delighted that a strong, ambitious cohort now leave the College with over three quarters of grades between A* – B.

Amongst pupils deserving particular praise, Michael secured a superb A*A*A*A and will now read Computer Science at the University of Bristol whilst Stepan leaves Bradfield with A*A*A*A also and heads to the University of Warwick to read Physics with Astrophysics. William, Poppy and Lydia were all awarded 3A*s and leave to read Social Sciences, Neuroscience, and Philosophy respectively.

We supported wholeheartedly the government’s decision to award centre-assessed grades. The process by which the College determined these grades was rooted in integrity. Adhering to instructions handed down to all schools and colleges, grades were coloured but not anchored by the performance of previous Bradfield cohorts yet allowed for holistic professional judgements that placed the individual at the centre of our thinking. For this A Level cohort the grades are strong – rightly so for a strong cohort – but not out of line with trends over time.

Our Leavers of 2020 have had a torrid time over the past five months having initially having had their exams cancelled, months of speculation and conjecture around grades and most recently the bruising experience of algorithm-generated grades released by the exam boards. The way that they have conducted themselves throughout this period therefore is testament to their individual and collective character. Throughout their time at Bradfield they have been a fantastic year group; hard working and wonderful company. We wish them well in all their future endeavours.

We are delighted that one of our most impressive year groups ever has rightly been awarded grades that reflect their commitment and diligence throughout their GCSE courses. Any noise around grades this year should not colour the outcomes of an ambitious, high performing group of young people. Over two-thirds of grades were graded 9 – 7, which is in line with the College’s performance trajectory at GCSE and the potential of this group.

It is only right to formally recognise the exceptional performance of those achieving at the highest level. Special mention must go to Chloe who was awarded 99999999999A*. A remarkable and well-deserved achievement. Congratulations also to Jamie, Bea, Isabelle, Amelia, Yolanda, Alice, Alexander, Jemima, Ben, and Jack, all of whom secured a Grade 9 in nine or more subjects.

Bradfield’s process for deciding on centre-assessed grades was one rooted in integrity, guided by the parameters laid down by OFQUAL in the Spring but centred on the individual. Having had control of their own destiny taken from them with the cancellation of public examinations in March, we know the year group will be hungry to prove by themselves – for themselves – just what they are capable of in their chosen A Level or IB courses.

As ever, I am grateful to the team of teachers and tutors who supported this group, always challenging pupils to aim high. 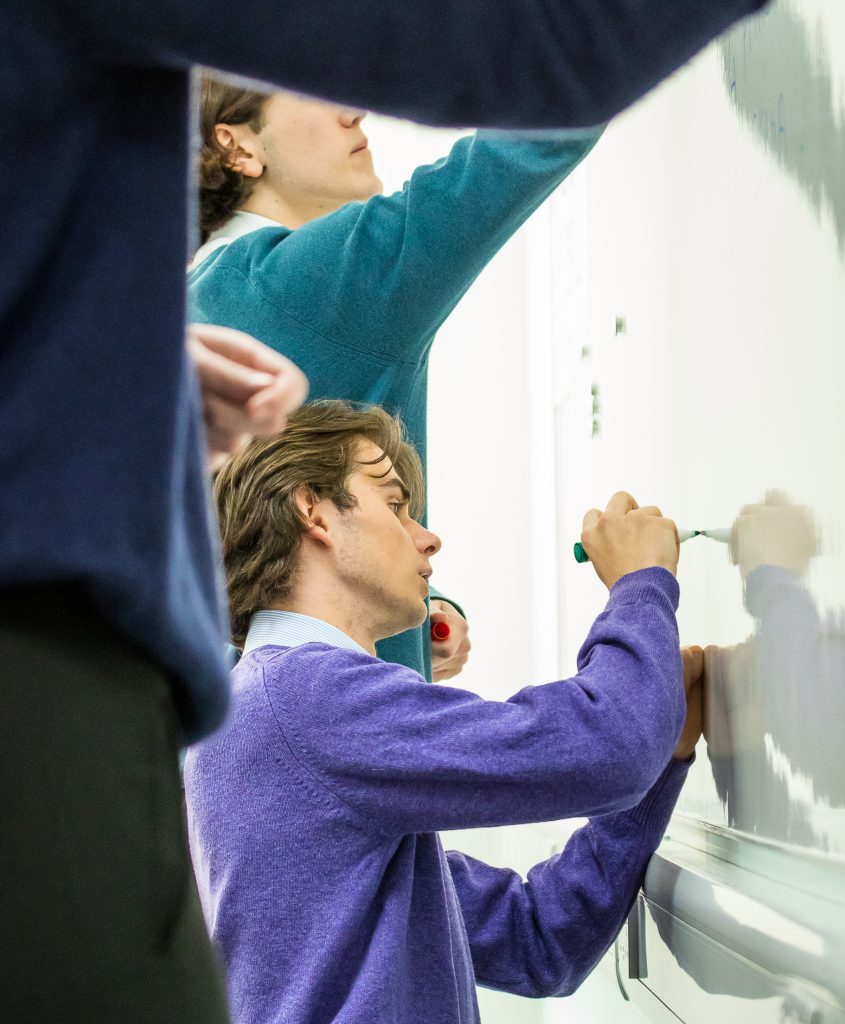 3 min read
The rising popularity of the International Baccalaureate

From an initial handpicked 16 high achieving pupils to a wide ability cohort of over 100, our Director of IB explains why the programme is proving more popular than ever.