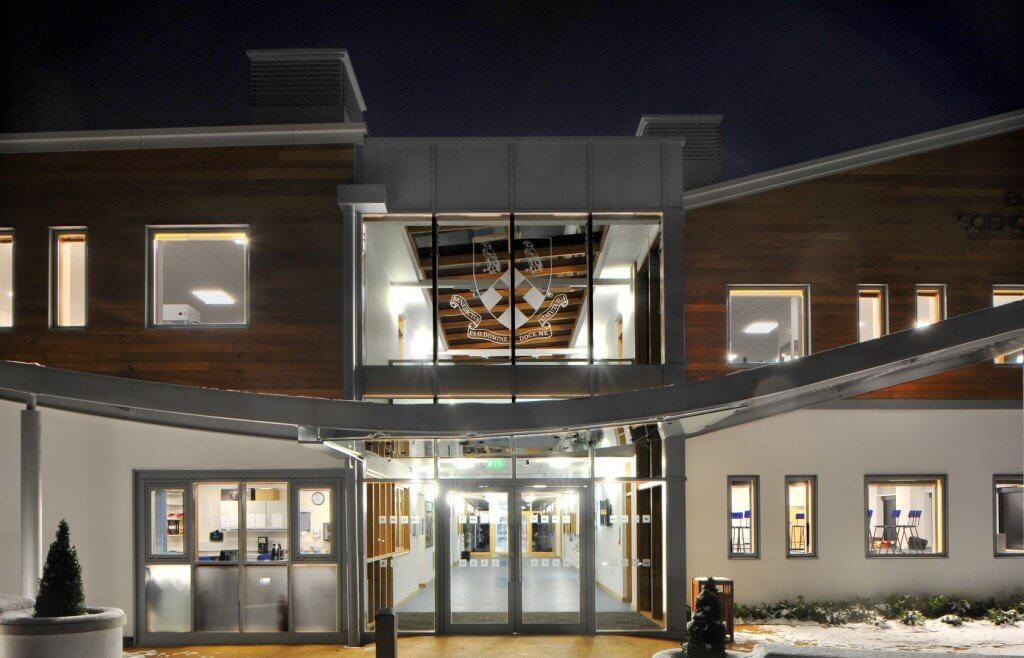 Over the course of six months, the Blackburn Science Centre underwent a transformation to accommodate a new style of classroom which challenges the way Bradfield’s staff and pupils approach teaching and learning. Here, former Assistant Bursar David Palmer details the reinvention of the Science Department.

Two years ago the College commissioned a ‘space audit’ to better understand how teaching areas were being used around the school. The results identified the laboratories and classrooms in the Blackburn Science Centre as some of the hardest working rooms on the campus. This prompted an examination of the overall capacity of the building and how it should be configured to meet the future needs of this busy faculty.

A number of options for the evolution of the Science Centre were explored, including extensions to the front or rear, as well as a new build on the site of the temporary labs, before we finally settled on a reconfiguration of the existing building.While the majority of the teaching spaces were originally designed for large junior classes, a substantial amount of Science teaching involves the Sixth Form studying both A Level and IB.

This provided an opportunity for us to deliver bold and stimulating rooms of varying sizes, with a clear progression of spaces for pupils from the junior years up to the Sixth Form.

Most of the reconfiguration project focused on the ground floor and one of the important features is the glass front to the classrooms and laboratories along that corridor. These spaces are intended to be open and transparent, which is attractive for both current pupils and prospective families who will see bright, engaging and modern spaces.

The new learning environments deliberately challenge the ‘standard’ perceptions of teaching spaces. Traditionally these would consist of one teaching wall and front facing linear seating, so we created spaces that would function for pupils in the same way as they would for teachers.

In essence, the classroom experience has been ‘flipped’ with the introduction of multiple working walls which encourage the pupils to work actively and collaboratively using the whiteboard spaces.

Among these new classrooms is perhaps the most unconventional space in the College which provides a particularly democratic learning, brainstorming or meeting environment. It is a bold space with two long whiteboard filled walls, no desks and no traditional seats, only cushioned stools. These can be used in any configuration and are especially effective in the round for a group discussion. Pupils are encouraged to be on their feet, working in a different way by using the whiteboards.

The rooms are deliberately less uniform and we have tried to combine varied, vibrant and stimulating decors with flexible furniture that can be configured in multiple ways. The intention is to mirror spaces often seen and used in universities and modern offices.

Alongside the four new classrooms there are two spacious, light and well-equipped labs that can be used by any of the three science subjects. Specifically set up for smaller junior sets or any size of Sixth Form set, they provide a clear distinction between the functional areas within them. Desks in the middle provide a briefing space to begin a lesson, while pupils can then turn to the workbenches round the outside of the room for their experiments.

The final piece of the jigsaw is the new workroom at the front of the building on the first floor. Similar to the Quad workroom and designed as a multi-functional space for both staff and pupils, this popular room provides collaborative and individual working stations. These include a bench with a number of PCs, a corner sofa unit to seat four or five with a display screen on the wall and two large tables by a whiteboard where pupils can study in groups or ‘alone together’.