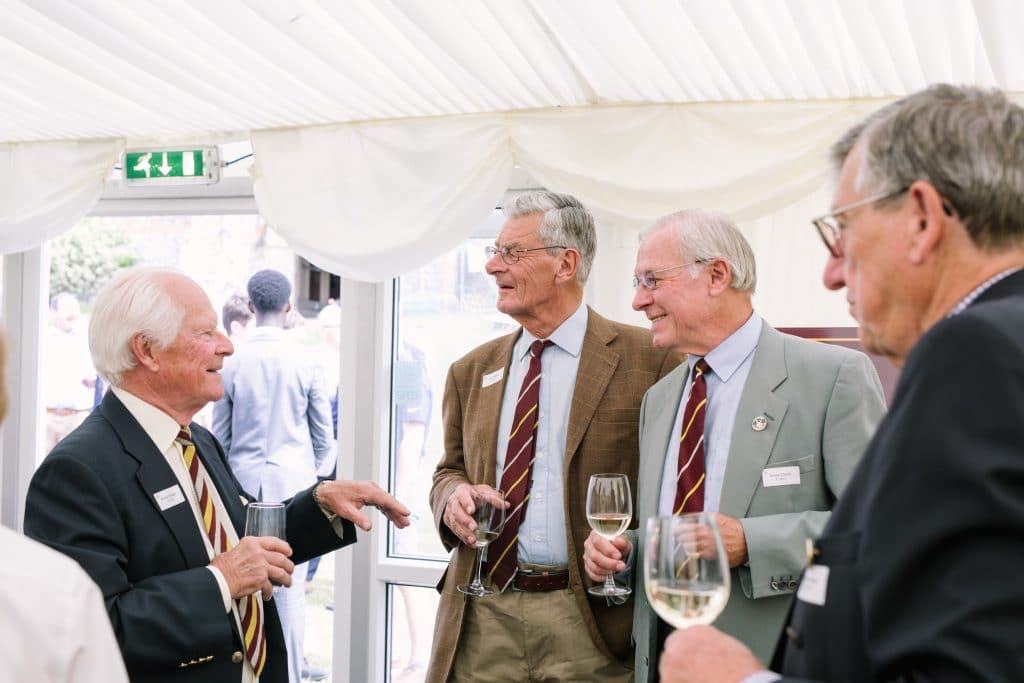 It is with a poignant mix of melancholy and optimism that the 1850 Society hands over to a new President following the sad passing of Simon Dixon (C 58-61) in late April this year. As Simon was in many ways the model Bradfieldian, he was also the model member and therefore model leader of the 1850 Society. Genial and humorous, his opening addresses at events could always be trusted to set the tone, underscoring a genuine affinity for the College and a bonhomie with his fellow Bradfieldians. This deep accord guided an active involvement in the school for over 40 years, expressed not only with his coaching of the shooting team but also his involvement in the OB Masonic Lodge and of course his engagement with the 1850 Society.

The Society was created in 2005 as an expression of gratitude to our legators, an engaging forum which allows those who have left a gift to see the immediate impact of their legacy through a varied events programme. Simon became president in 2017 and oversaw the re-invigoration of the Society, including the instigation of the Annual Gathering. He felt, rightly, that what legators would enjoy would be a privileged ‘behind the scenes’ insight, an opportunity to see what really happens day-to-day in the College. This attuned perception was responsible for creating some truly memorable events in recent years. Indeed, 2018’s inaugural Annual Gathering at the newly refurbished science centre provided some amusing flairs of competitive spirit, with legators engaged in a lively laboratory practical. The following year’s gathering was a less competitive but no less engaging affair; held at the Greek theatre, legators were treated to a sneak preview of that year’s Alcestis and pre-performance conversations with cast members. When the planned physical gatherings were cancelled due to the pandemic, Simon agreed to host an online gathering. Despite the pre-meeting technical nerves of the participants, the gathering proved to be most entertaining, teed up beautifully by Simon with his characteristic verve.

A varied calendar has certainly played a significant part in restoring the Society to its current health. Perhaps the most important contribution that Simon made to the association, however, was his keenness to include legators’ families at 1850 Society events, allowing them to enjoy being hosted at the College and to see the impact of donations first-hand. The College is extremely grateful to the Dixon family in allowing Simon to be such an active and engaging member of the school for so long. His open guidance shaped the Society into the engaging forum it is today and in doing so greatly influenced a school he loved so much. This involvement is very much a characteristic that he shares with the 1850 Society’s new President. 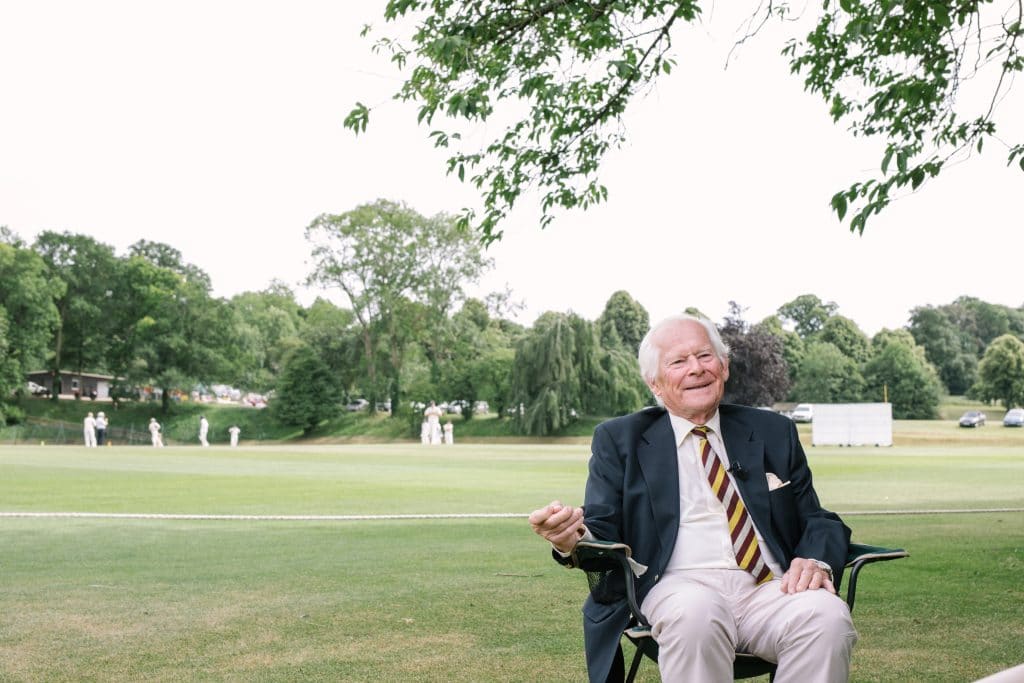 Indeed, we are delighted to announce that Richard Butler (G 52-56) has kindly agreed to become the new President of the 1850 Society. Richard has been actively involved in the College since his time as a pupil, as an active member of the Waifs and shortly after retirement he returned to working alongside his de Beers colleague, George Burne (A 48-53), when raising funds in support of the 2001 renovation of the Music School. In this time, he experienced first-hand the importance of legacy capital in bringing a financial confidence to the project, crucial to give the project the impetus it needed to get underway. Allied to his wealth of expertise, this recognition places him in great stead to advance the Society beyond its current health.

I am truly honoured to have been asked to become the President of the 1850 Society and to be able to do my bit in representing donors whose gifts to the College are so special. As legators we all have our individual memories of Bradfield, some impressive, some amusing, and some to reflect upon. As a collective, however, we are united in the belief that Bradfield had a positive impact on our lives and we would now in turn like to support Bradfield and future generations of Bradfieldians.  richard butler (g52-56), president of the 1850 society

I am very much looking forward to hosting the next 1850 Society gathering, catching up with fellow legators and to see for myself how the College has used recent donations in its continual improvement of the school. If anyone is considering leaving a legacy to the College I would be happy to have a chat, please contact me via the Development Office’