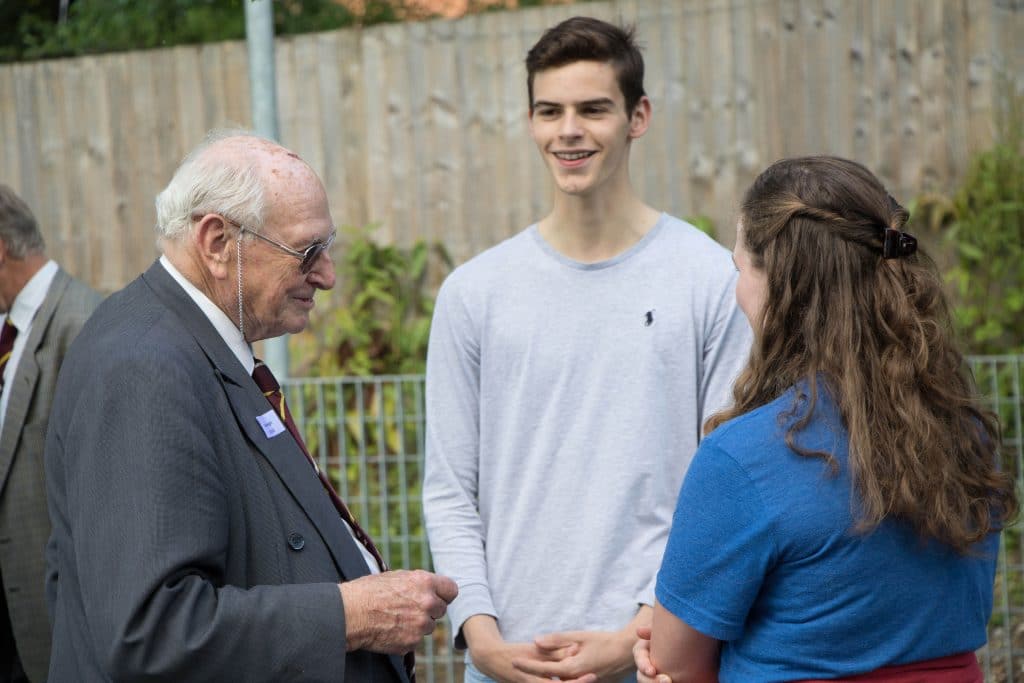 Dr David Wright (E 48-53, MBE, LLD, FCIS) talks about his experiences of growing up as an evacuee, how Bradfield gave him the chance to make a positive contribution in life and his reasons for leaving a legacy.

It is amazing the number of other Bradfieldians who also went to my prep school; John Myers (E 44-47), Brian Ling (E 45-48), Arthur Chater (E 47-52) and I all attended Holyrood School, originally in Bognor Regis. I did not join until it re-established itself in Mid-Wales, in a small village called Llanilar outside Aberystwyth, as it moved away from the danger presented by the Luftwaffe in World War 2.

It is strange to think that as children we grew up accustomed to the sounds of air-raid sirens, explosions, chaos, and rubble, but Holyrood – being in mid Wales – was quite different. It was a wonderful place to be educated and it never did return to Bognor Regis, as, after closing as a prep school, it became Abermad Nursing Home. As a school boy I mapped out the school grounds and this September I returned and presented my map to the Nursing home. It was a wonderful trip, very nostalgic. 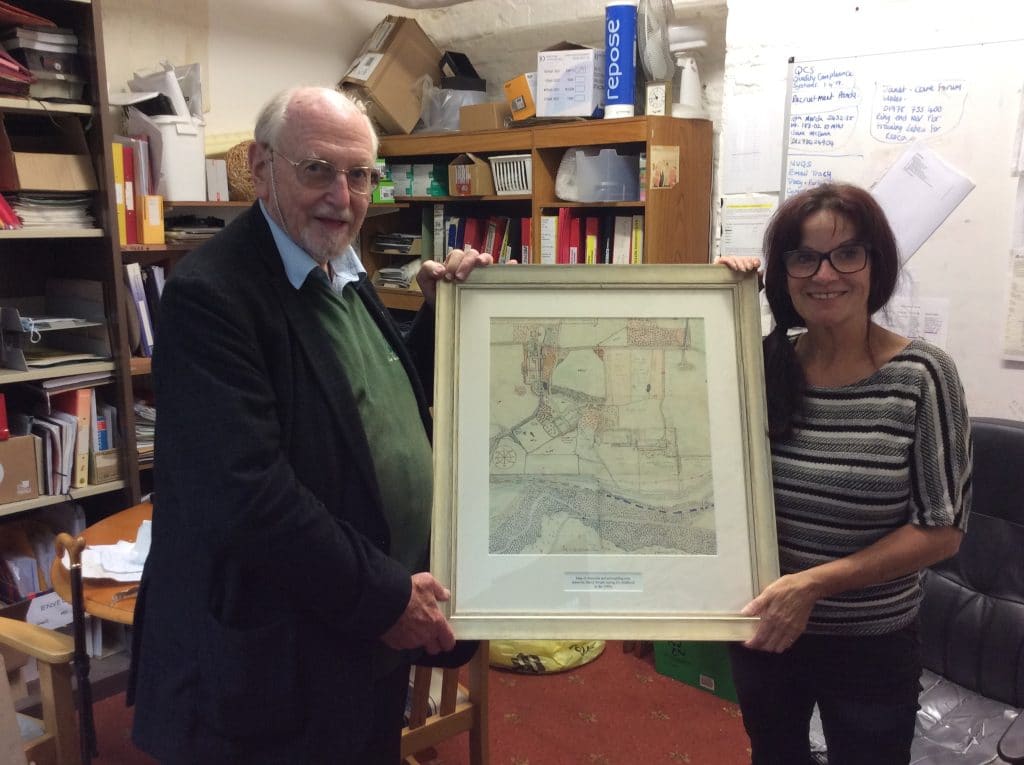 While many have asked, I never missed my parents when I was at prep school. Despite the distance, the busy days kept me entertained and out of trouble during term time. In fact, we used to stay at school over the holidays, with the principal inviting our parents to holiday with us for 2 weeks as respite for living in London.  I fondly remember staying with Brian Ling and his brother on one of these breaks. What better way to spend your holidays than with your friends?

Going on to Bradfield for senior school gave me a real chance in life. As a child I had difficulty reading and writing (later to be diagnosed as dyslexia) and was viewed as somewhat dim. Bradfield however had systems in place to manage this apparent lack of academic ability, providing personal support while supplying an endless range of activities beyond the classroom. I really enjoyed cricket, athletics and football, going on to captain athletics and play 1st team football for Bradfield and cricket for my house. I also learnt to play hockey, squash, tennis, golf and fives, which placed me in good stead for the rest of my life (indeed I am still playing golf!).

While I enjoyed all these activities, others I remember were less fun. ‘Outers’ was our swimming pool, an off-shoot from the Pang with freezing, murky waters. On one occasion, during my lifesaving test, I was told to dive to retrieve a brick, only to return to the surface with a crayfish. Of course, I was duly told to go back for the brick! I also remember learning how to ‘tickle a trout’ at School and poach on Englefield estate, which the estate fortunately turned a blind eye to. Indeed, the trout and rabbits obtained helped the catering department to supplement the food rationing that I endured throughout my time at Bradfield. Ultimately, all these different activities (both organised and un-organised) built character and gave one the confidence to tackle other challenges.

Naturally, National Service was no trouble after Bradfield; while other chaps struggled with homesickness and sleeping in shared accommodation, we had the confidence to persist. It was in this disparity that I first recognised the importance of a Bradfield education; the College took children with a wide range of abilities and educated them to be able to make a positive contribution to society.

After military service, I worked for Johnson Matthey for 36 years, starting on the front counter and rising to become Company Secretary and a Director of some of its subsidiary companies. I also became President of the Institute of Chartered Secretaries and Administrators (ICSA) in 1990 and Master of the Worshipful Company of Chartered Secretaries and Administrators (WCCSA)  2002/03, during which I inducted George Burne as a liveryman. I understand that many Old Bradfieldians have subsequently played a significant part in the Livery, several raising to Masters of their companies and others going on to be Aldermen, Sheriffs and at least one Lord Mayor.

The grounding and all-round education that Bradfield gave me in my early years afforded me the opportunity to have an enjoyable life and contribute to the community without ever having the added benefit of a university education (although I did achieve an Honorary Doctorate of Law from the Memorial University of Newfoundland in 1999). I do not have serious wealth. I am, however, leaving a legacy to the College to say thank you for my education and what it allowed me to achieve. As a legator I am now invited back to the College as a member of the 1850 Society, in addition to the more general Bradfield Society invitations. 1850 Society events are different in that they are smaller and therefore more bespoke – they are a terrific way to see the impact of your legacy during your lifetime.