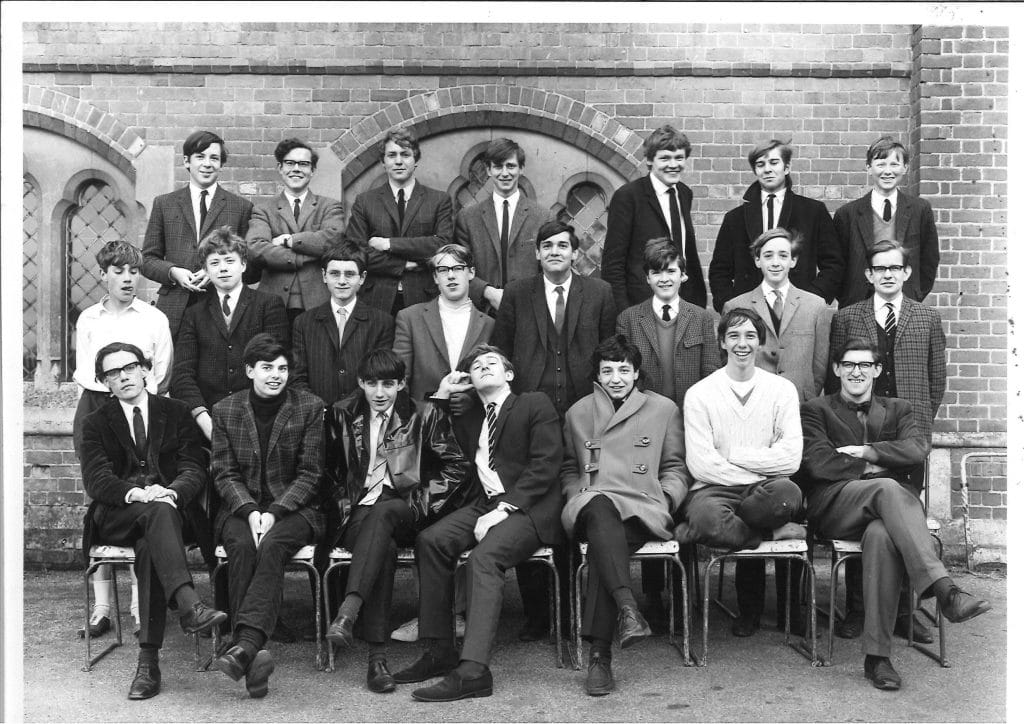 When John Lyon (C65-69) first row third from the left – Music Scholar and Bursary recipient – was at Bradfield in the 1960s, the young English teacher and Army House tutor, Richard Osborne first row first on the left , greatly increased his knowledge and appreciation of classical music.

John fondly remembers Sunday evening Opera Society meetings in the Old Rectory and other such occasions when music would be played and ‘refreshments were invariably provided!’. At the same time as Richard was appointed to Bradfield, he had also been asked to contribute reviews to a leading record magazine. The then Headmaster, Michael Hoban was not only agreeable, but delighted. Not long after that, Richard also became a regular part-time contributor to Radio 3, the BBC’s music network.

So, there were lots of records to be heard, and many review copies hot of the press! The Opera Society made regular trips to London. John remembers seeing Janacek’s ‘Jenufa’ and Wagner’s ‘Die Meistersinger’ at Covent Garden. Richard was also generous in making available spare press tickets to the musical ‘regulars’. A performance of Stravinsky’s ‘The Rite of Spring’ at the Royal Festival Hall, also stays in John’s memory.

After leaving Bradfield in 1969, John joined the Royal Navy. He subsequently worked in the oil exploration industry in Egypt and Nigeria before returning to the UK, where he later transitioned to British Aerospace and had a rewarding career in engineering working on Defence projects (Bradfieldian February 2020)

Richard remained at Bradfield until 1988, teaching English, and founding a famous General Studies Department. The first edition of his book on the composer Rossini was written and published whilst he was at Bradfield. After leaving Bradfield, he joined the BBC full time. His friendship with the celebrated conductor Herbert von Karajan led to a Conversations book and a major biography. Richard has also written books on, among other things, Garsington Opera and the history of music at Eton from 1440 to the present day. He continues to write for ‘Gramophone’ magazine and has a monthly music column in ‘The Oldie’ which has just celebrated its 30th anniversary.

Although John’s career took him away from his love of music professionally, it is something that he has retained personally, and he attributes this to the inspiration that he received whilst at school. So, after having attended alumni events hosted by the Bradfield Society, John decided that he would like to give something back to the College.  Accordingly, he makes a regular contribution to the Bright Futures bursary programme and is leaving a legacy.  In addition, John wanted to assist current Bradfield pupils to benefit from experiences of live classical music which, thanks to Richards’s generosity and kindness, he enjoyed. John therefore chose to set up the ‘Richard Osborne Music Trips Fund’ in honour of his former mentor to enable Bradfield’s music scholars and others to attend live performances that their parents and the school might not otherwise afford.

‘For many years I have wanted to share and pass on the gift of music, which I received at Bradfield through Richard’s kindness and generosity.  I am very pleased to be able to help current Bradfield pupils to experience and, hopefully, enjoy some similarly great musical moments.’ John Lyon (C65-69) 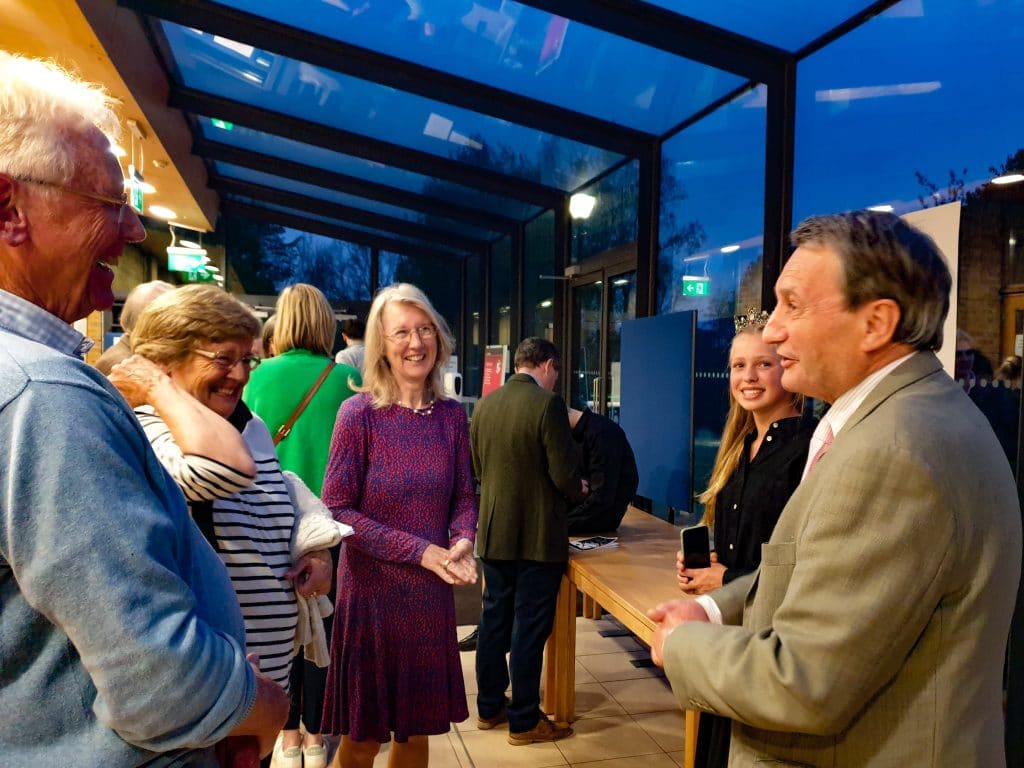 In recognition of this generous gift, the College invited John and his partner Sharon to attend the Scholar’s Showcase Concert on Saturday 23 April in the ‘Jacqueline du Pré’ building of St Hilda’s College, Oxford. Richard Osborne and his wife Hailz, the first female member of teaching staff at Bradfield (SCR 85-98), were also invited to attend. A tribute to John was read and many parents who attended the concert sought John out during the interval to thank him for his gift. 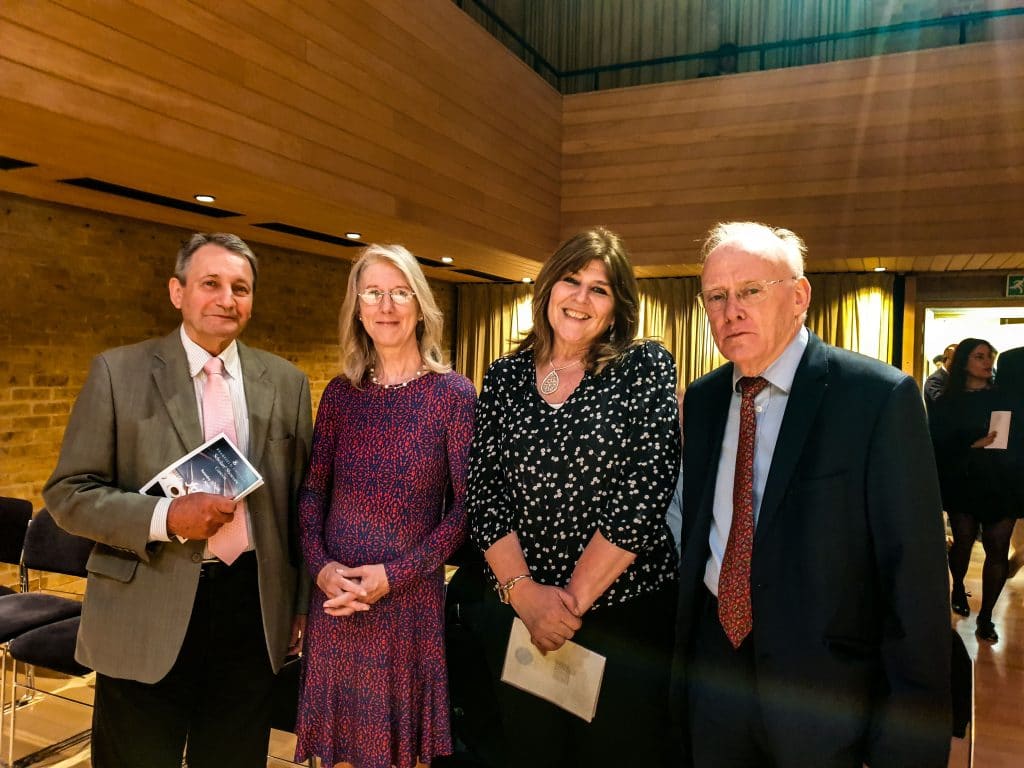 ‘I am deeply flattered that John has sought to recognise my contribution to his lifelong love of music in this way. The Bradfieldians of today are very lucky to have his support’ Richard Osborne (SCR 67-88) 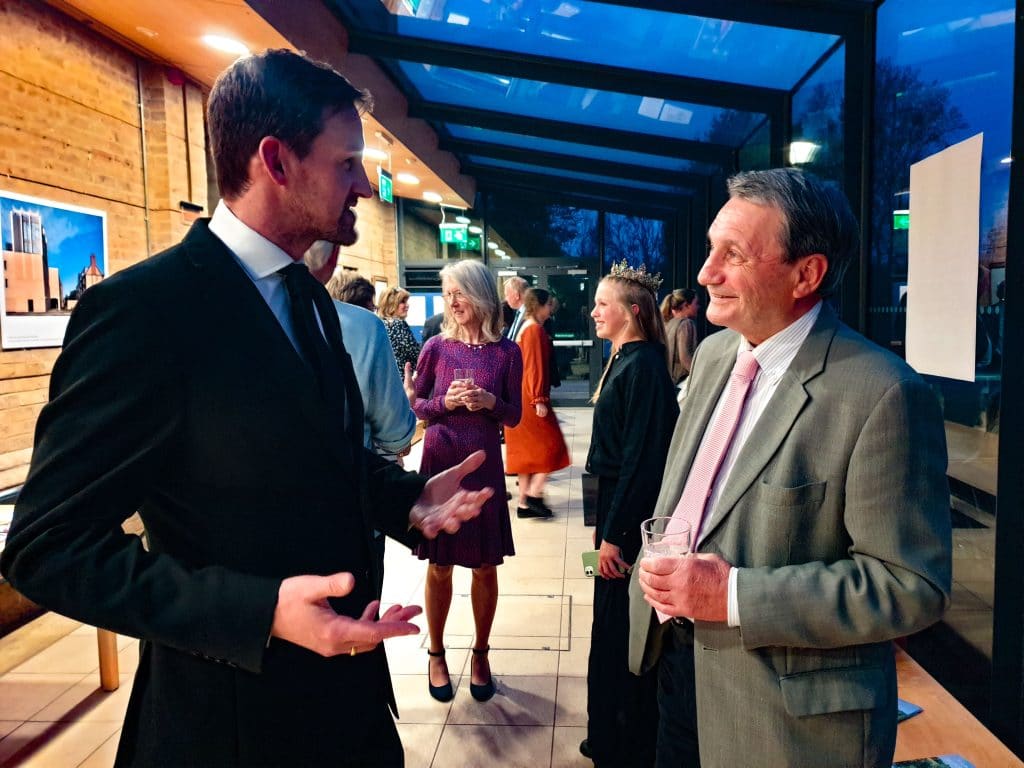 ‘‘The Music Department is incredibly grateful for John’s gift; One cannot underestimate the power of attending live performances to inspire and motivate. It was wonderful to be able to host John and Richard at the Scholar’s Showcase Concert, and we very much look forward to the performances the ROMT fund will allow us to see.’ Matt Lowe, Director of Music

The Richard Osborne Music Trips Fund currently provides £1,000 annually for music trips. If you are interested in providing additional support to this fund, or are interested in supporting a different area of the College in a similar way please do contact the Development Office on 0118 964 4840 or development@bradfieldcollege.org.uk