The Senior Management Team is responsible for the operational management of the College. 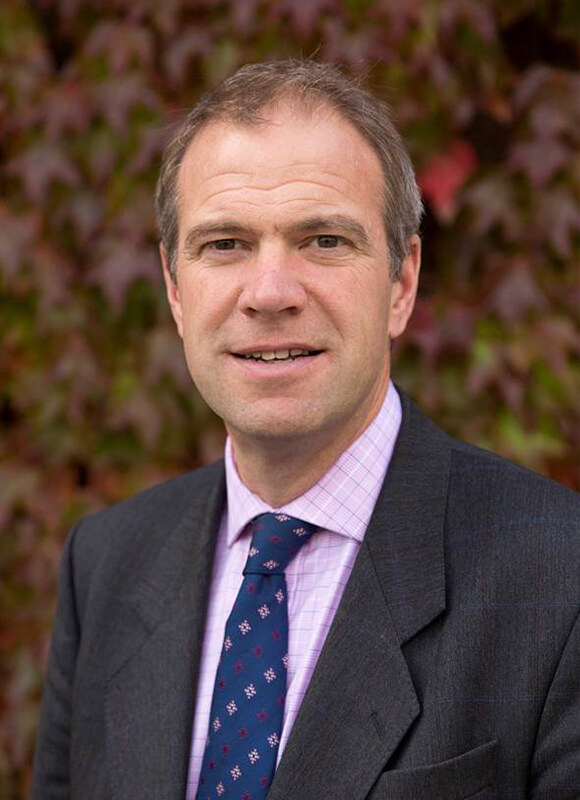 Chris was educated at Tonbridge School and then read Modern and Medieval Languages at Cambridge University, where he received his MA. He began his teaching career as a College Lecturer while researching for a DPhil in Italian Literature at Oxford University.

Following this, he established a school in France for Ashdown House, a boarding prep school in East Sussex. He joined Uppingham School in 1997 where he was Master-in-charge of cricket and a Housemaster for nine years. Prior to joining Bradfield, he had been Second Master at Marlborough College since 2011.

Chris is also a keen sportsman, playing cricket, hockey, fives and golf. His wife, Helen, is an Associate Professor of English at Corpus Christi College, Oxford. They have three young daughters who keep them on their toes! 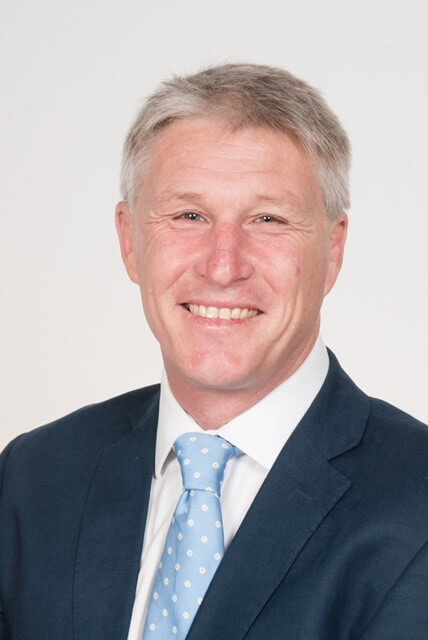 Owen Adams is the Chief Operating Officer responsible for the operational functions across the College along with wider strategy development. He arrived in April 2019 having previously been the Pro-Vice-Chancellor (Colleges and Student Experience) at Durham University.

Beforehand he spent 30 years in the British Army (Royal Artillery) in a variety of operational and leadership appointments. He spent a significant period within the training and education spheres; notably as Head of the Royal School of Artillery and a Director at the internationally renowned UK Defence Academy.

He has been selected for service with airborne, commando and arctic forces with operational deployments in Northern Ireland, Bosnia, Kosovo, Cyprus and Afghanistan. His awards include an OBE and Queen’s Commendation for Valuable Service and the Medal for Long Service and Good Conduct.

He has been married to Sonja, a nurse, for 27 years and has two children. When not at work he seeks fresh (mountain) air, ideally accompanied by his family and dog. 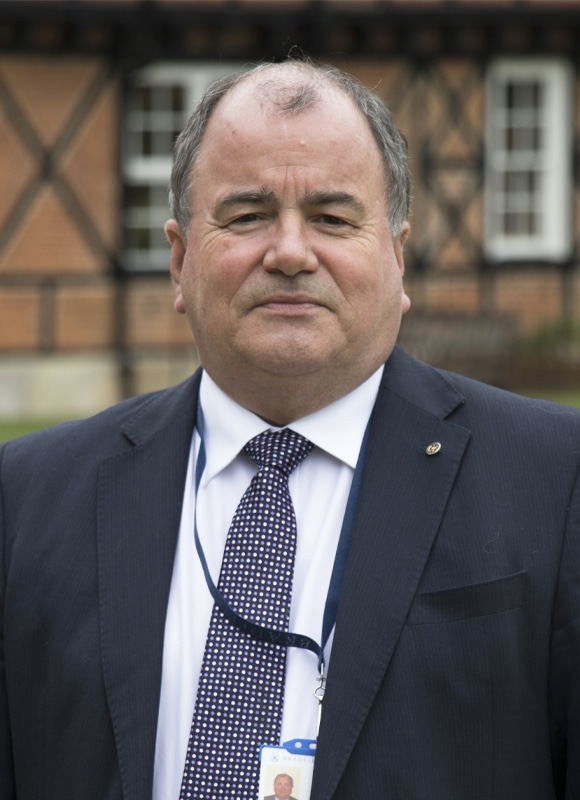 David was educated at King Edward VII School, Lytham, and then read Modern and Medieval Languages at Fitzwilliam College, Cambridge, where he received his MA.

He trained as a chartered accountant with Peat Marwick Mitchell & Co in Preston, qualifying in 1983 and then becoming an FCA in 1993. He joined Moore & Smalley chartered accountants where he specialised in working with not for profit organisations, particularly housing associations, and became a partner in 1990.

In 1997 he moved in to social housing, joining Soha Housing as Financial Controller. Before joining Bradfield he was Deputy Chief Executive and Finance Director at Cottsway Housing.

Along with his wife Ann, David is an active Rotarian and they have both received Rotary fellowships for their work in the community. David is a trustee of Festival Spirit, a charity taking severely disabled young people to music festivals, and Advantage Africa.

When not walking his two dogs, David pursues his passion for collecting music and going to concerts and the theatre. For his sins, he is a lifelong Blackpool supporter. 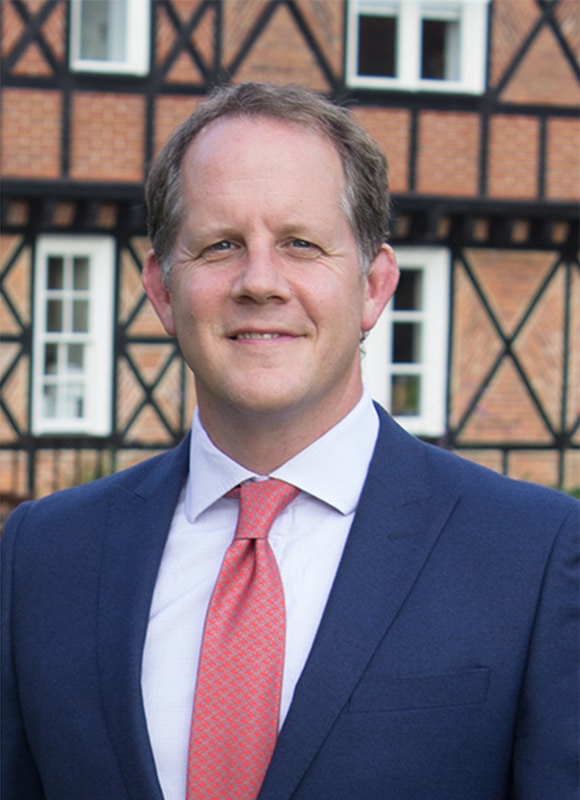 More recently, he completed a Masters in Educational Leadership from the University of Buckingham. Prior to joining Bradfield, he taught at Malvern College and then Cranleigh School where he was Head of Geography, a Housemaster and then Senior Housemaster.

Andy continues to teach some Geography, coach cricket and referee football. He has an interest in all sports but particularly, cricket and rugby. Although his rugby days are long gone, he still plays occasional cricket for various wandering clubs and tries to hit an (occasionally straight) golf ball whenever he can.

He is married to Claire and they have three young children. 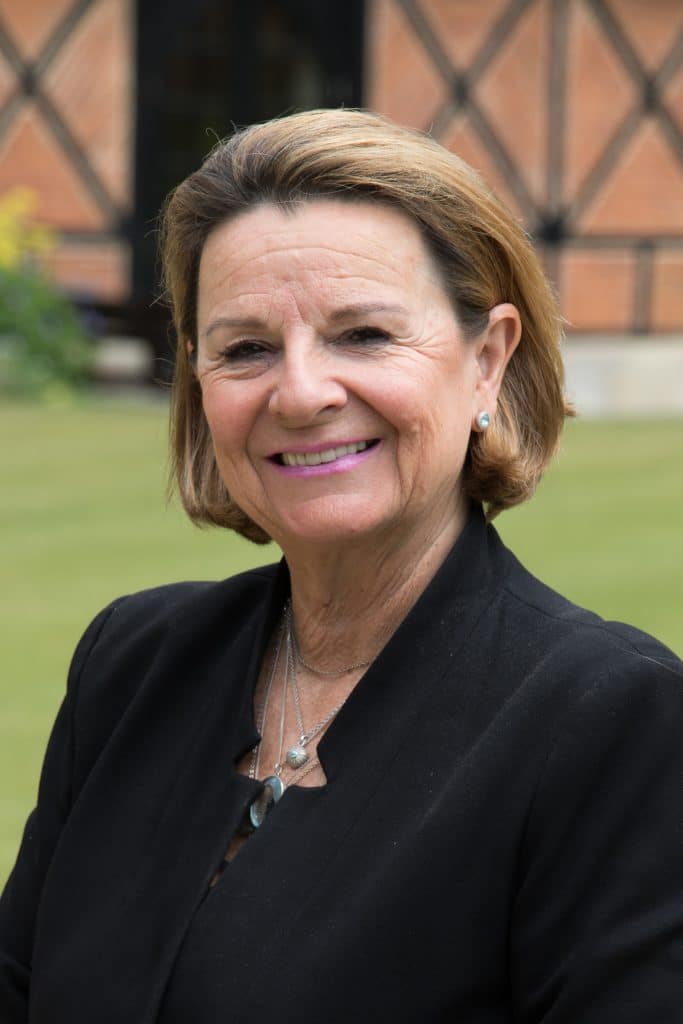 Alexandra Acton, Senior Deputy Head, has overall responsibility for the marketing and external relations of the College as well as the admission of new pupils.

She has held this responsibility and been a member of the SMT since 2000. Alexandra, formerly Head of German and Modern Languages between 1997 and 2000, played an important role in the College’s transition to a fully co-educational boarding school in 2005. She first joined the College as a part-time teacher of German in 1992.

Educated in South Africa in the German school system, she has a BA from the University of Natal and taught German and Biology in schools in Pretoria, Cape Town and Johannesburg before the family moved to the UK in 1989. Alexandra also has a qualification in special educational needs.

She has always played a full role in the life of the College and has accompanied pupils on numerous cultural trips to Germany over the years.

In her free time, Alex enjoys spending time with friends and family at home and abroad in South Africa and Europe. An avowed travel bug, she is also a keen gardener and tennis player. 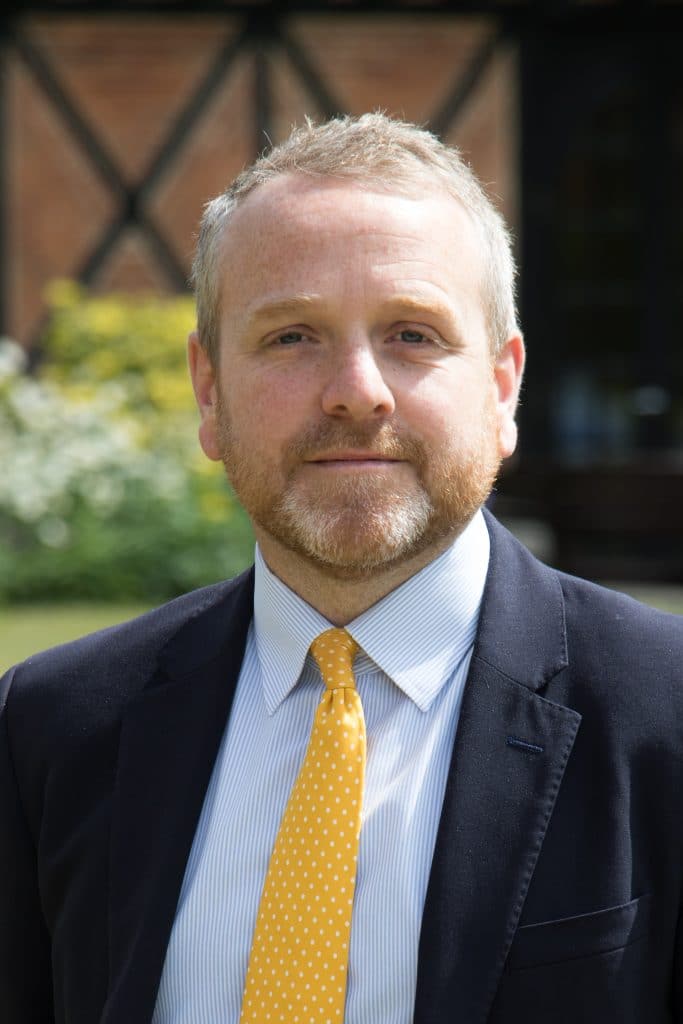 Neil Burch took over leadership of the Academic Office in September 2012 having formerly been Head of Chemistry and then Director of Science at the College.

Prior to joining Bradfield, Neil taught at The King’s School, Gloucester, King Edward’s, Birmingham and overseas in New Zealand at Auckland Grammar.

Having attended King Edward VI School, Southampton, Neil went on to achieve an MSci in Chemistry from the University of Bristol before embarking on a career in teaching in 2002. 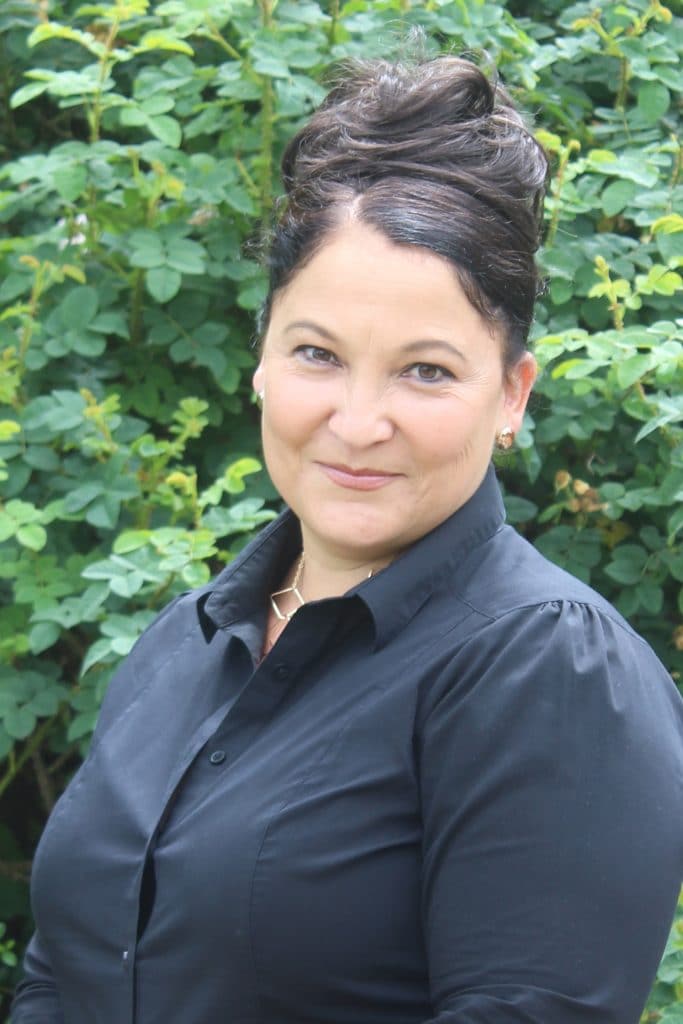 Sarah Davies joined Bradfield College as Deputy Head (Pastoral) in 2016, relocating from the bright lights of London where she held the same post for several years at Notting Hill and Ealing High School (GDST). For Sarah, the move represented a return to leafy Berkshire having previously taught at St Gabriel’s, Newbury and Reading Girls’ School.

An English Language and Literature graduate of the University of Reading, Sarah is an unapologetic bookworm and film buff, a (very vocal) Welsh rugby fan and is passionate about all things sci-fi.

Sarah is married to Toby, a freelance TV graphic designer. Together they have a son, Griff, who is set to join the College in September 2020. 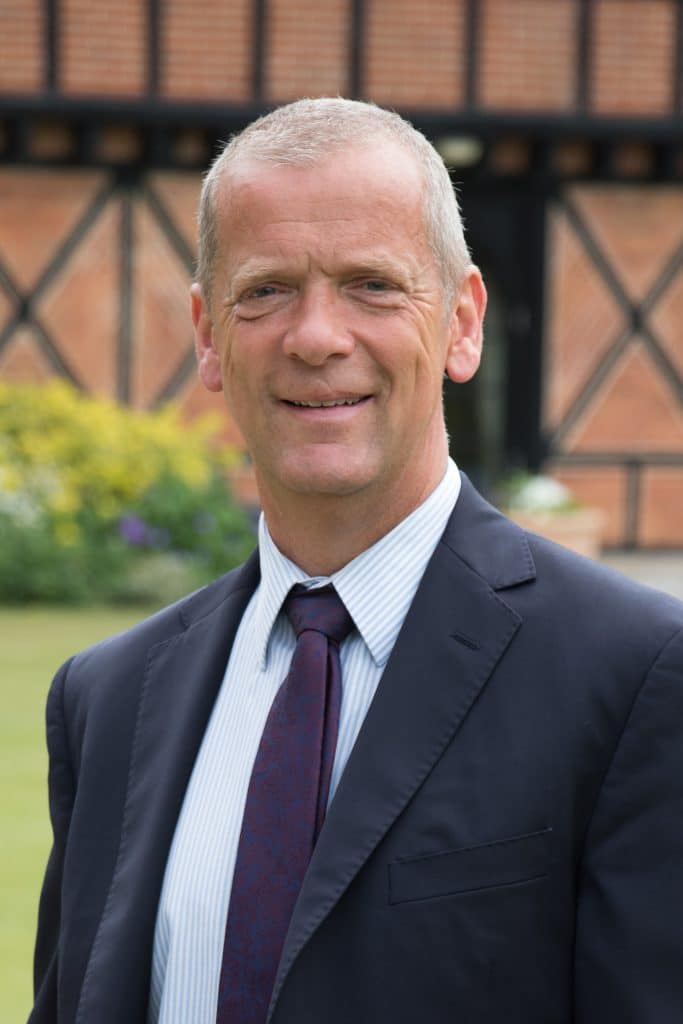 Roger was educated at Worksop College and then read General Arts (BA) at Durham University. He completed a PGCE (Geography) at the same university before starting his teaching career at Queen’s College, Taunton.

Roger is a keen sportsman and has coached at all levels of hockey, cricket and tennis. Currently an England Master’s Hockey player, he has gold medals from the 2016 World Cup and 2017 European Championships.

His wife, Fiona, teaches French at Bradfield and was Faulkner’s Head of Girls from 2005-2014. They have three adult children who were all educated at Bradfield. 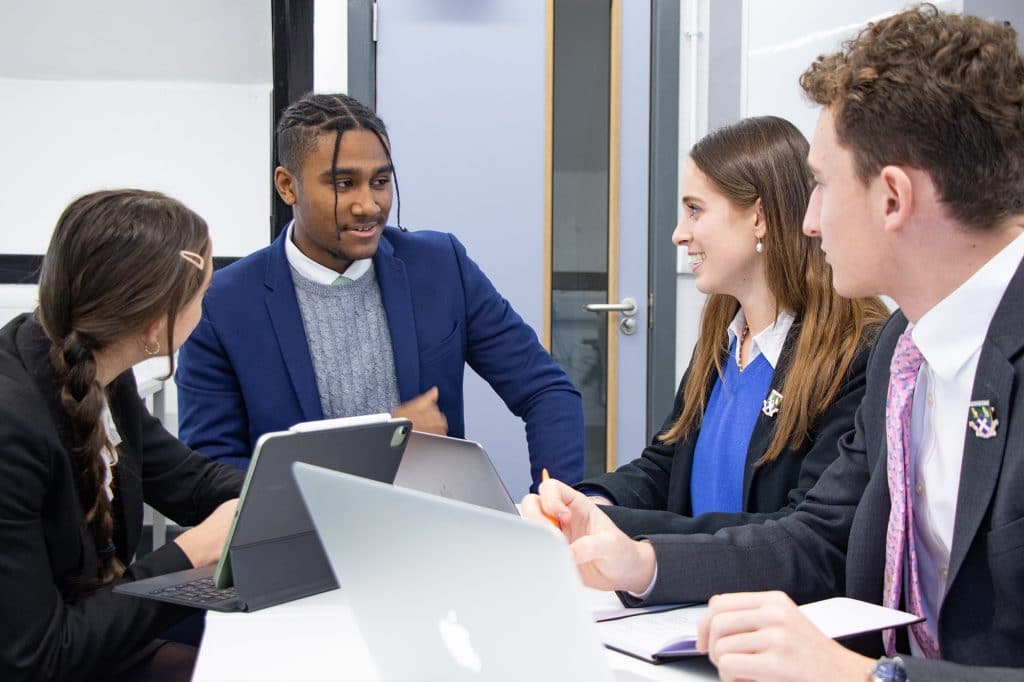 5 min read
What if, as a community, we empowered each other with our words and actions? 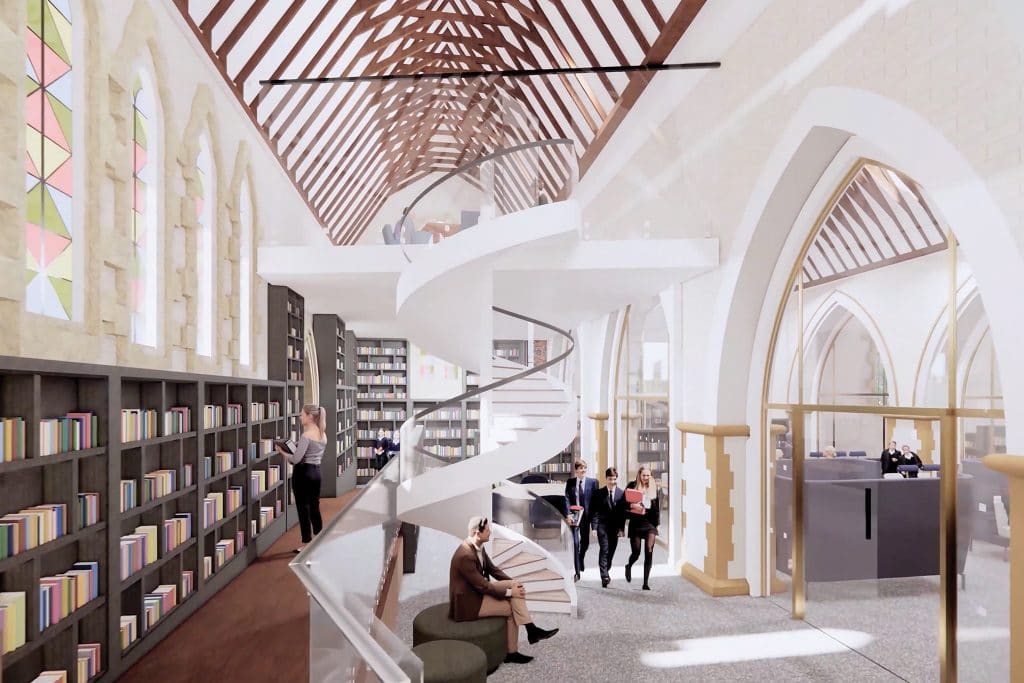 Reuniting the College with its roots, St Andrew’s will enhance the way our pupils study and work together, fit for the adult world ahead of them.