Netball is one of Bradfield’s major sports in the Lent Term. Bradfield netball encourages pupils of all ages and abilities to enjoy, learn, develop and compete.

We give 200 girls the opportunity to represent the College each week with a typical week seeing 19 fixtures played from U14 through to the 1st VII.

Our experienced team of coaches, which includes former internationals, work hard to develop and nurture the girls, exposing them to new and different opportunities to grow each week. Our team of coaches use a wide variety of coaching techniques, developing all players through enjoyable and stimulating drills and dynamic game-related practices. 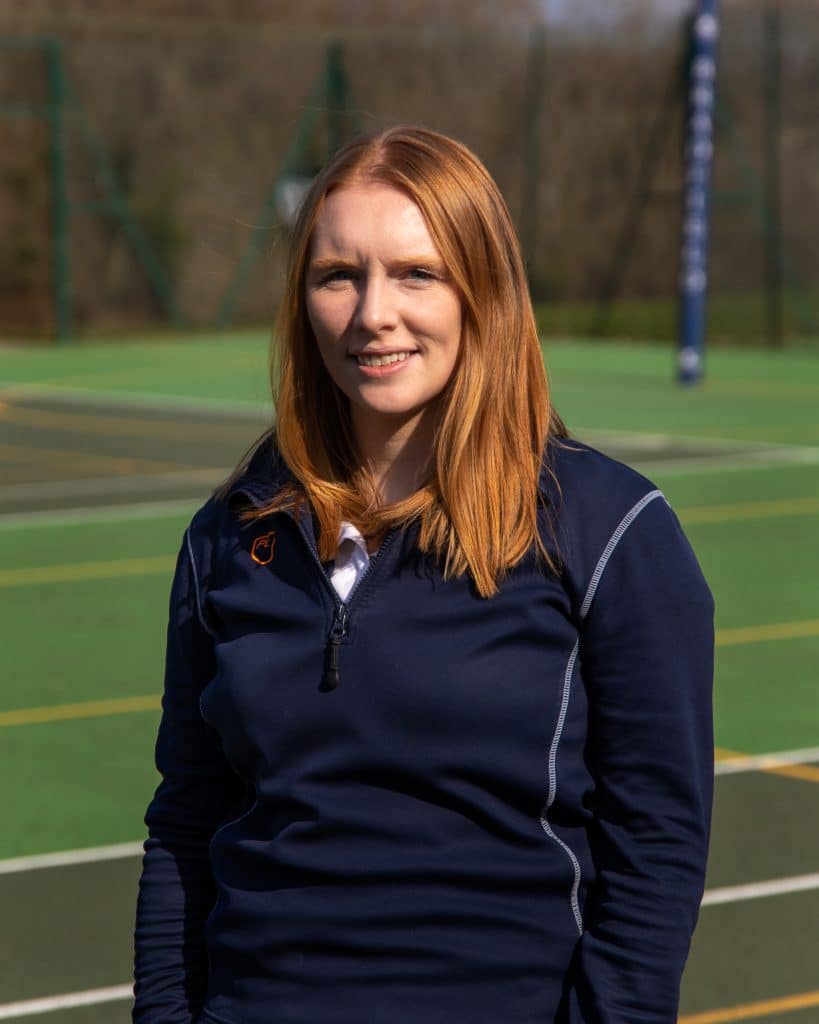 Charlotte joined the College in 2018 as the Head of Netball and teacher of Physical Education. After experience playing at Regional Club level, Charlotte started coaching in her third year at university, where she found her true passion for coaching. She has led National School teams and experienced delivering a Netball programme at Coventry University. More recently, Charlotte has taken on the role of Academy coach at Surrey Storm and continues to work with Royals Netball Club in Windsor.

Charlotte provides leadership and development in all areas of netball for the College and, since joining, has increased participation levels guided teams to county and regional success. Charlotte works closely with the other lead coaches to foster a passion and encourage girls to develop through the sport. She implements the training programme for all 19 teams in the Lent Term and has created a Netball Performance Squad (NPS) provision to push the most talented throughout the academic year. She also works alongside the Head of Strength and Conditioning to development specific fitness provision for the requirements of netball. 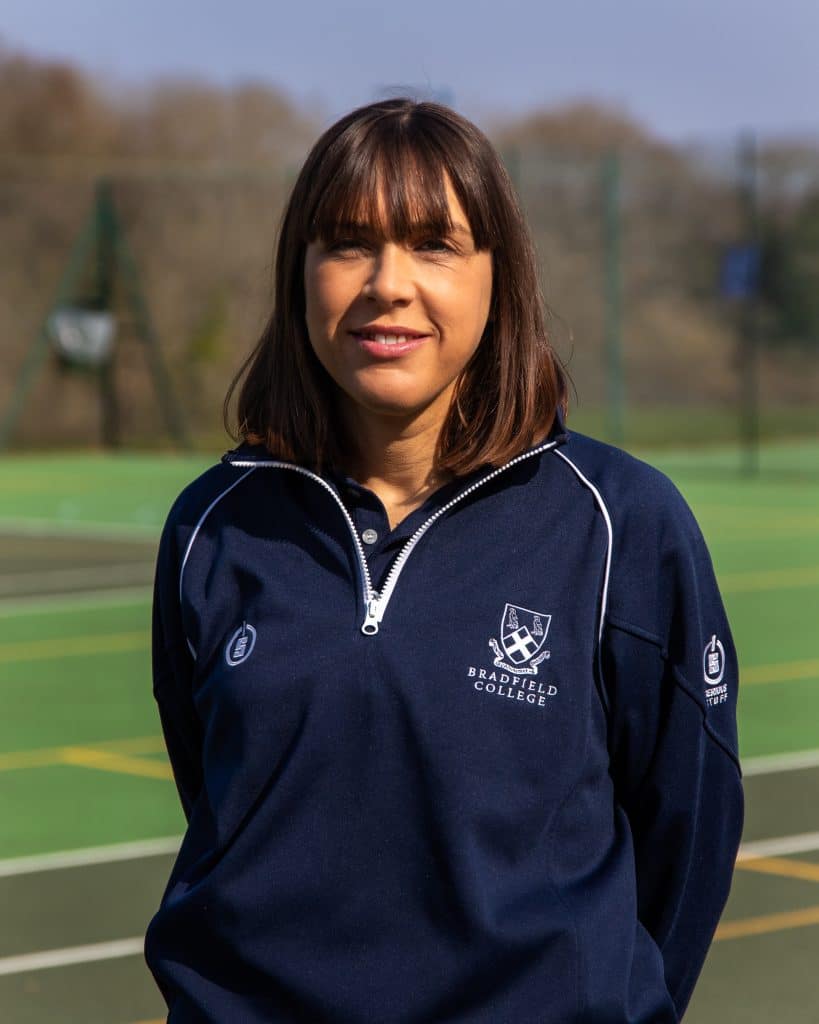 Jane has been coaching netball at Bradfield since 2016 and is currently also a Tutor in Armstrong House. She is passionate about coaching, playing and umpiring netball and aims to foster a lifelong love of the sport in others. Following a ten-year career as a Government Social Researcher, she has enjoyed a career change into netball coaching and is a Level 2 coach and qualified umpire. She has extensive playing experience at a high level in both club and representative netball; she was in the Emerging Wales National Squad between 2000-03 and represented Welsh Universities at the British University Games, first as a player and then later as a coach.

Her interest in coaching first began through the facilitation of coaching workshops and clinics with school children as part of her role within Wales Netball. As a coach Jane strives to make netball enjoyable for all whilst also nurturing players to develop and reach their potential. During her time at Bradfield she has successfully coached a range of age groups, including two years with the 1stVII. Jane is currently the Lead Coach for the Under 15A team. When coaching (and family) commitments allow, she still pursues a playing career by turning out for Laurel Park Storm in the Berkshire Premier League. 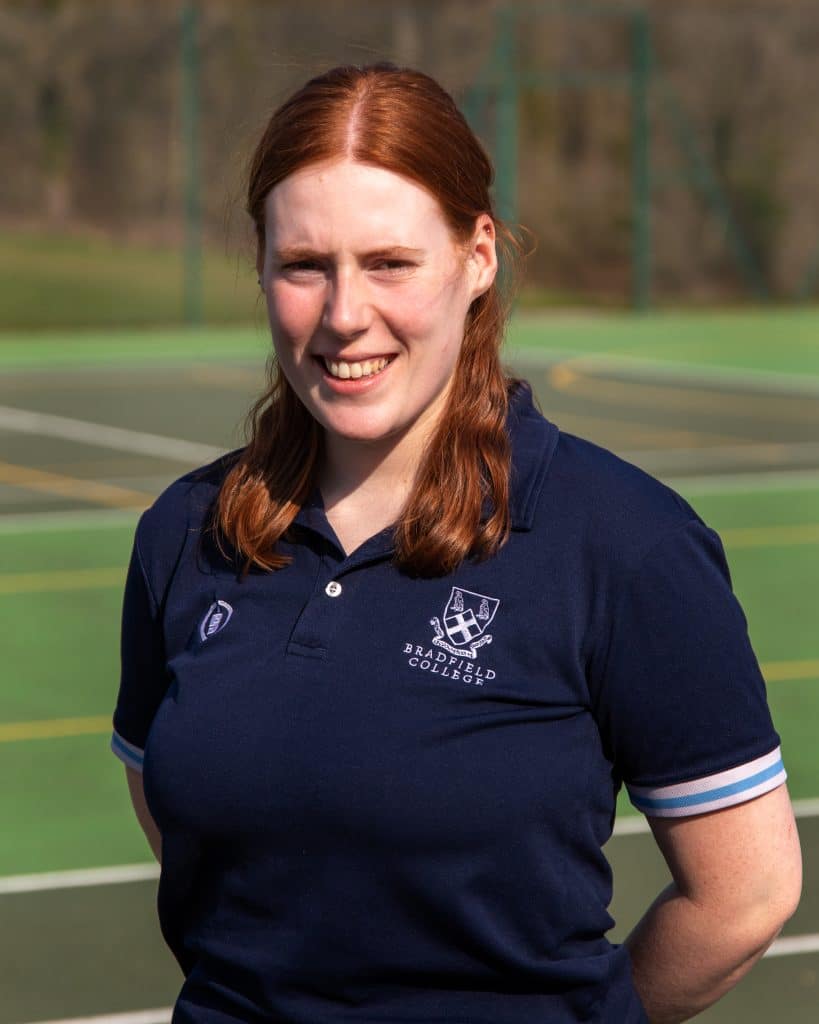 Becky started coaching at Bradfield in 2021 as the newly appointed Graduate of Netball. After experience playing at Regional and National level she has recently played for England U21 Indoor Netball team in the World Indoor Netball Championships in South Africa in 2019.

Becky’s first interest in coaching came as a junior player where she got involved in helping to run coaching sessions with the younger children at her club. From here her coaching journey has flourished and has led to high level coaching opportunities, especially through links with the Severn Stars franchise whilst completing her degree in Sports Therapy at the University of Gloucestershire. Becky is currently the Lead Coach for the Under 14A team, where her focus is to support and encourage players from a young age to help them fulfil their potential from the very start here at Bradfield. 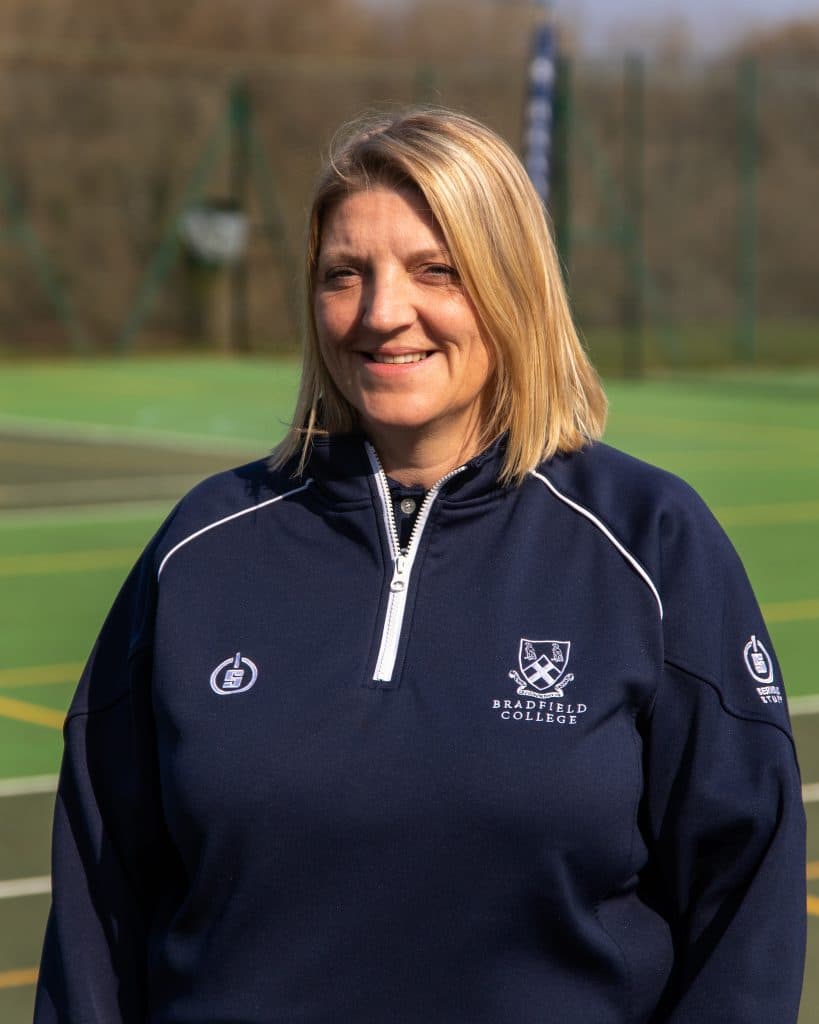 Lisa has played netball at various levels throughout her playing career including County, South Region and National Prem. Since retiring from playing, Lisa’s passion for the sport brought her to coaching, where she has taught the sport for ten years. During this time, Lisa has been coaching within the England pathway as a Berkshire Satellite and County coach. She has also worked with Surrey Storm franchise as the Lead Coach for the Berkshire Academy Hub where she coached performance athletes.

Currently Lisa is a Lead Coach at a performance netball club based in Berkshire, where she coaches U14s through to seniors. Over the past five years her team has consistently qualified for the National Club finals representing the South Region, placing in the top three in the country for U14 and U16. Lisa has also coached numerous athletes who represent various Super League franchises and in the England U17s Roses Academy. Here at Bradfield, Lisa is working alongside Charlotte coaching the 1st team. 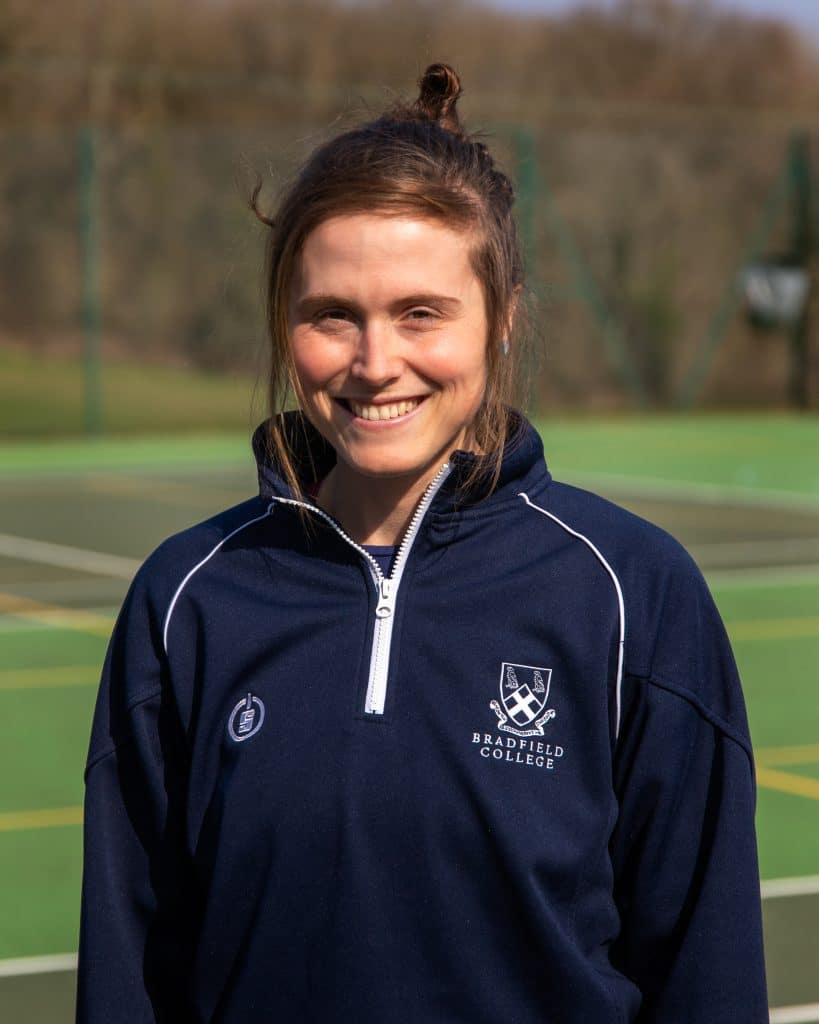 Netball has been steppingstone as part of Pippa’s career as a semi-professional high jump athlete. Being part of the sport development scheme at Henley College and playing up to regional level, until going to the University of Bath where she studied Sport and Social Science, Pippa also played for the womens’ basketball first team.

After completing her degree Pippa went on to achieve qualifications in personal training as well as strength and conditioning. These skills have transferred into her coaching career in which she has coached netball in a range of school settings and is currently coaching at the local Woodley Netball Club. Pippa is currently the Lead Coach for the U16A team here at Bradfield.

A typical week of coaching for a Bradfield netballer will involve sessions on a Tuesday and Thursday afternoon. For the more elite netballers, training on a Friday and specific strength and conditioning sessions tailored to help improve strength and reduce injury happen weekly.

Pre-season training for all age groups begins in January before the start of the Lent Term, focusing on rebuilding skills and fitness. Training for the national age groups starts in the Michaelmas Term, where the three age groups compete in the county rounds.

There are opportunities for girls to compete in national age group competitions at U14, U16 and U19 levels and in the Independent Schools Netball Cup. A good number of girls also play at varying levels outside of school at local clubs.

Many of our Year 9 girls have experienced Bradfield Netball through our Prep School Tournament which is held each year. Bradfield also hosts an indoor U18 invitational tournament, which displays a very high level of 1st VII netball across the region.