Army House is a senior boarding house of 49 boys. The resident Housemaster, Andy Golding, is supported by a team of six tutors and a Matron, Alison Lee. 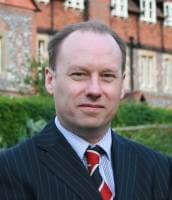 Andy graduated with First Class Honours in English but decided to repay his Gap Year debts by becoming a solicitor. After six years of commercial litigation in London and Nottingham, he became an English teacher at Rugby School, where he stayed for six years.

As well as teaching English Literature and Language to all age groups at Bradfield, Andy is actively involved in College sport, coaching junior boys Football and Hockey, and relishing regular outings for the Bradfield staff elevens; he also organises the staff five-a-side. In addition to all things sporting, he enjoys the theatre and creative writing.

Andy and his family (wife Isabelle, a native-speaking French speaker, Alienor, Elise and Luc, both pupils at the College) love the family atmosphere in the College and try their best to replicate this ambience in Army House. 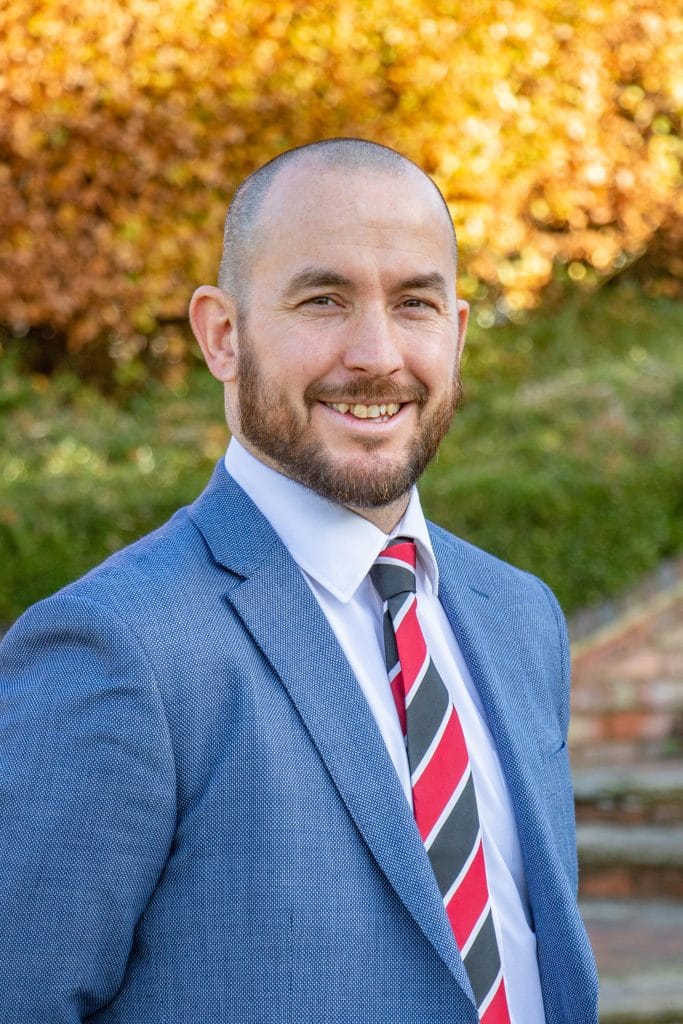 Sam studied Politics at Swansea University followed by an MA in International Studies at Birmingham University. He began his teaching career working at Sixth Form Colleges in Swansea and Hampshire, while also undertaking his doctoral research. He joined Bradfield in 2013 as Head of Politics and he has been a Deputy Housemaster in both House-on-the-Hill (G) and Stanley House. Sam has contributed widely to the academic curriculum at Bradfield, teaching Politics, History, Theory of Knowledge and Divisions. He also organises the Bentham Society, giving pupils the opportunity to explore political news and current affairs in greater depth.

Although he grew up playing rugby, cricket and football, Sam is passionate about a wide range of sports. He represented Wales Students Rugby while at university and played semi-professionally in the Welsh Premiership and English National Leagues. He later moved into coaching roles and has enjoyed applying these skills to the co-curricular programme at Bradfield. For the past eight years he has successfully led the senior 3rdXI football, he coaches netball in the Lent Term and takes junior cricket teams in the summer.

Sam is married to Jane, who has been a Tutor and netball coach at the College for several years. They have three children (Ioan, Carys and Mali) and will be joined in Army by their cat and two energetic springer spaniels.

It is a privilege for me to be Housemaster of Army House. We live in a beautiful old building at the heart of the College, close to both classrooms and dining hall, and within easy reach of the theatre, music school and sports pitches. I would like to think that we have a fine tradition in all three of these arenas, and my tutorial team and I certainly expect everyone to explore the limits of each boy’s potential. However, the boys will feel most at ease in the House, their ‘home from home’, where they will find plenty of friendly big brothers in what we believe is an admirably non-hierarchical community. Here, your son will develop new skills and interests, in order to become the well-rounded adult we should all aspire to be.