House on the hill (G)

House on the Hill (G) is a senior boarding house of 58 boys. The resident Housemaster, Toby Goad, is supported by a team of seven tutors and a Matron, Linda Taylor. 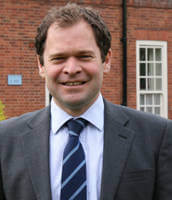 Toby Goad was educated at Bryanston School in Dorset before reading History of Art at Manchester University. Following University he briefly worked for various television production companies prior to returning to Bryanston in 1999 to start his career in teaching and take up the post of Assistant Housemaster. In addition to teaching History of Art, Toby coached Rowing and Rugby and led school trips to both Florence and Nepal.

He then joined Wycombe Abbey School in 2001 where he was appointed Head of Department, as well as teaching Religious Studies, running the school Debating Society and being actively involved in the Duke of Edinburgh Scheme. In the next step of his teaching career, Toby moved to Godolphin and Latymer School to become Head of History of Art and Master in Charge of Rowing.

In 2007 he joined Bradfield College as Deputy Head of Faulkner’s and Head of History of Art; a role in which Toby has led a number of trips to Italy. He has also taught Divisions (Bradfield’s Year 9 Humanities course), coached junior boys’ football and senior and junior boys’ tennis, as well as being a member of the Swinbank Society, which explores the Christian faith. Toby became Housemaster of House-on-the-Hill G in September 2012 and is married to Ellie, with four children, Evie, Freddy, Max and Joshua.

The House is somewhere where everyone’s talents are developed, self-esteem is nurtured and effort and contribution are encouraged. It is a place where boys can relax, have fun and build positive relationships, whilst showing respect and sensitivity to others. Older members of the House act as positive role models for the younger boys, and values such as trust, integrity, humility and honesty are fostered. Ultimately it is intended that during their time in G House, the boys will become more self-disciplined, open-minded, compassionate, confident and ambitious.