Loyd House is a senior boarding house of 63 boys. The resident Housemaster, Jeremy Preston, is supported by a team of six tutors and Matron, Susan Morris. 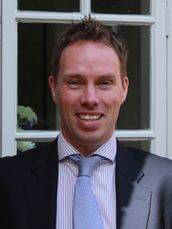 Jeremy has been Housemaster of Loyd House since January 2014, having previously worked at Sherborne School since 2006 where he was Head of Geography and a Deputy Housemaster in two boys’ boarding houses and, in his previous employment at John Lyon School, he was the Housemaster of a day house and the Senior Tutor responsible for tutoring in the Upper School. Before that Jeremy worked at Taunton School and his responsibilities included being a Resident Tutor in a boarding house.

He is a very keen sportsman and runs hockey and cricket teams at Bradfield having, amongst many other co-curricular commitments, previously coached the 1st XI cricket team at Sherborne. Jeremy read Geography at Exeter University and he has been a Geography examiner for the AQA exam board for several years. He has also been a governor of a primary school, chairing the Standards and Curriculum Committee.

Jeremy is married to Debs, a primary school teacher, and they have two young daughters (Lucy and Isla). The beaches of West Cornwall are a constant attraction away from school, with golf, reading, family walks and following the fortunes of the Cornish Pirates popular pastimes.

Loyd House is a boys boarding house with a strong reputation for its welcoming and supportive atmosphere. Boys are expected to show consistent and ambitious commitment to their academic work and all co-curricular activities; they are also expected to show courtesy and respect to each other at all times. Older boys and prefects play a key role in setting the right tone in the house, hopefully enabling all boys to fully enjoy their time in A house.

Loyd House is a happy, calm and purposeful community where boys support each other in pursuing all manner of interests and goals. In recent years, Loyd House boys have excelled in the arts, science, music, drama and a very wide variety of sports. Boys should expect to commit to a variety of activities, actively seek new challenges, take part in individual and team pursuits and leave fulfilled.