Stone House is a senior boarding house of 50 boys. The resident Housemaster, Jonny Saunders, is supported by a team of six tutors and a Matron, Yasmin Beale. 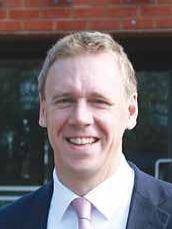 After graduating from Durham University in 1997 with a BA Honours degree in Combined Arts, he embarked on a career as a sports journalist. He spent 12 years working for the BBC, during which time he worked as a cricket commentator on Test Match Special, a football and rugby commentator on 5live and latterly as Chris Evans’ sports reporter at Radio 2. During his time as a sports journalist he studied for a BA in Literature at the Open University and moved into teaching in 2011 at St Edward’s School, Oxford. During his time at St Edward’s he completed his PGCE at the University of Buckingham and enjoyed running various sports teams.

Jonny is married to Kate and they have two children, Harry and Charlotte. In his spare time he enjoys reading, the theatre, all sports and DJing.

Excellence in Endeavour, Enthusiasm and Empathy is the Stone House motto. We want the boys to work as hard as they can in all that they do – both academically and on the co-curricular front. We ask them to be positive and proactive in their approach and attitude to all of those opportunities on offer to them at school. We encourage them to be kind, tolerant and understanding of others both within the boarding house and elsewhere in the College community. It is an enormous privilege to look after the wellbeing, development and progress of the 50 or so boys in the house as we prepare them to lead happy and successful lives. Stone House is a superbly situated house within the College and boasts excellent accommodation, a spacious recreation room, a house library and a number of brewer kitchens. Most importantly though it is a vibrant, happy and purposeful community of pupils and staff who all want to be the best that they can be both as individuals and as a house.