At Bradfield, we are perhaps best known for our glorious open-air Greek theatre, affectionately known as ‘Greeker’, which is set in a disused chalk pit right at the heart of campus.

Greeker is at the centre of performing arts at Bradfield and is where the biggest event of the College year takes place, the Summer Play, with the Greek Play performed triennially.

There are surely few among those who come to see and hear a Greek Play at Bradfield who do not go away feeling better, broader and bigger-souled.

The theatre plays an active role in College life and hosts a number of other events throughout the year from the tradition of Handshaking in the Michaelmas Term, to House Song on Goose Weekend, summer’s Rock Concert and Commemoration at the end of the academic year.

The Greek Play is a Bradfield tradition that takes place every three years and is performed in the classical Greek language. Historically, the production has formed part of a cycle with plays performed at Oxford University and Cambridge University in the intervening years.

The first Greek play, Alcestis, was performed in 1882 and was put on by then Headmaster, Dr Herbert Gray to save the College from bankruptcy. The first play performed in the theatre itself was Antigone in 1890 and was fittingly reopened with a performance of the same play in 2014.

A huge amount of planning, effort and time goes into the play. The pupils who take part receive no formal training in speaking ancient Greek and have to learn the lines and direction in just nine months.

The first Greek play, Alcestis, was performed in 1882 and took place in the College’s dining hall and it was not until 1888 that the Headmaster, and inspiration behind the play, Dr Herbert Gray, decided to transform a disused chalk pit in the College grounds into a replica of a Greek theatre.

For me the Greek Theatre is this holy place.

With the help of pupils and professional workmen, he cut ten tiers of seats into the solid chalk, and shaped an orchestra on the model of that at Epidaurus. In 1897 the number of tiers was increased to its current size.

The first play in the theatre, Antigone, was performed in 1890. From 1892 onwards, plays were performed every three years (except during the two World Wars), selected from the classical repertoire of works by the three great tragedians; Sophocles, Aeschylus and Euripides. Shakespearean productions were added in 1932.

As girls began entering the College in the late 1980s, this repertoire was further extended to include a wider range of Greek plays and musical productions.

Despite regular maintenance, modern safety and access requirements led to the closure of the theatre in 2009.

In May 2011 a campaign was launched to restore Greeker to its former glory. The £1.3 million appeal was met with an overwhelming response from Old Bradfieldians, staff, current and past parents of the College, pupils and the general public.

The rebuilding also presented us with an important opportunity to review its purpose and ensure its relevance long into the future. The modern theatre now incorporates a refurbished amphitheatre, an extended stage and a skene, which can be adapted to accommodate scenery for Greek, Shakespearean and musical productions.

Performing in the Greek Theatre led me to try the profession for real. The experience of working in that space has stayed with me and always will.

To celebrate the re-opening of the theatre, Bradfield held a Gala Performance on 10 May 2014. The event was hosted by Old Bradfieldians Mark Nicholas (Television Presenter), Claudia Harrison (Actress) and Jonny Saunders (Radio Presenter and Housemaster), and included performances from pupils past, and present.

In June 2014, the newly restored theatre hosted its first Greek play, Antigone, a timely call back to the first play ever performed in this wonderful space. 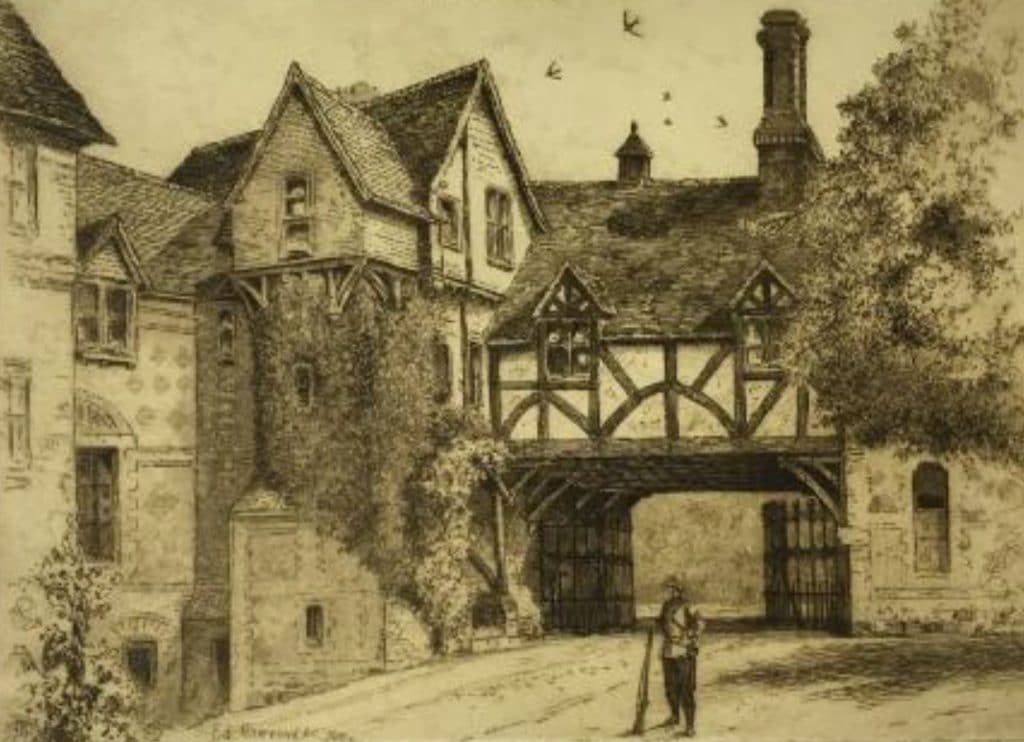 With its constant, pacey change and tradition of enduring innovations, Bradfield is a school that throughout its history has never stood still.